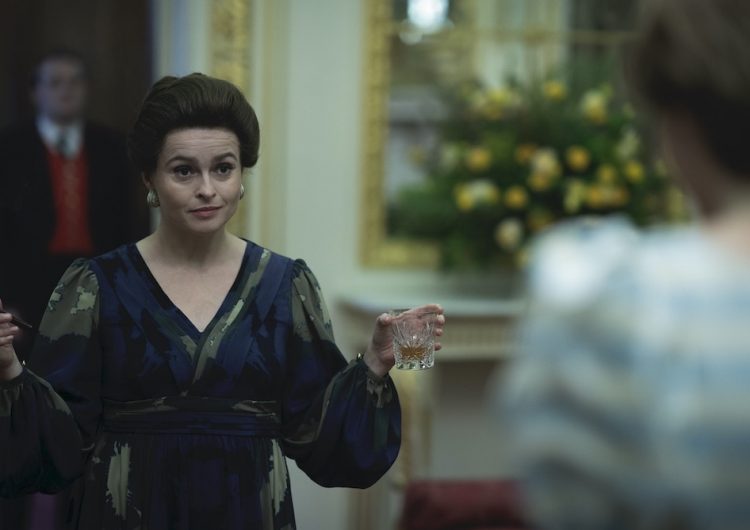 Look, I like a good period drama. While I was psyched for the main highlights like Lady D, “The Crown’s” fourth season had another thing coming for us: an Imelda Marcos namedrop.

Played by actual-aristocrat-slash-Death-Eater Helena Bonham-Carter, Queen Elizabeth II’s sister Princess Margaret recalls a certain state visit to Manila in season four’s third episode, “Fairytale.” To set the scene, this all happens just before the young Lady Diana enters the scene—with most of the British royals standing in a circle, chatting.

The creators of #TheCrownNetflix probably knew they have lots of fans here in the Philippines & for our additional enjoyment, they made fun of Imelda Marcos, who met Princess Margaret back in 1980. #TheCrownSeason4

“So there we are, in Manila, in the middle of a state banquet, when who barges into the room?” Margaret says. Yes, you guessed it—“None other than Imelda. Marcos. She makes a beeline straight for me, saying she’s desperate to show me her—wait for it—”

“Shoe collection,” Princess Anne interjects. Margaret corrects her to say “shell collection,” causing the others to cackle, wondering if she misunderstood Marcos.

“So now the whole dinner party decants into a convoy of limousines, we’re rushed through the streets of Manila,” Margaret continues. “Yes, in Madame Marcos’ private aquarium, where she keeps a vast portrait of herself wearing…”

The anecdote featured in “The Crown” was based on Princess Margaret’s state visit to the Philippines back on April 2, 1980. Margaret did get the grand tour of Manila, dropping by Luneta Park, children’s hospitals and the British Embassy, with a Malacañang dinner party as one highlight of the visit. As to whether Margaret got the ol’ tour of Marcos’ shell collection, it can only be surmised from the one photo below—which does show Marcos showing off something, at least.

#RoyalFlashback– First Lady Imelda Marcos hosts an Official Dinner at the Malacanang Palace in Manila in honour of Princess Margaret’s Official Visit to the Philippines #OnThisDay 40 years ago: https://t.co/1VWCzp1Qql pic.twitter.com/nMgEAUw2bl

While the internet is raving about the so-called shade Princess Margaret gave the then-First Lady, let’s not shrug off the fact that the whole situation is the Spider-Man meme dressed as a historical drama. Just as some have raised the scene’s possible racist undertones, the British monarchy isn’t exactly innocent, with the whole monarchy itself criticized for being an “absurd” and “anachronistic” system. And while we’re all for a good diss when it comes to dictators—we really shouldn’t be so quick to say “stan!” to the next person who drags ’em.

Still from “The Crown”

SHAREFilm photography captures nostalgia most of us never experienced⁠—think ’70s rock stars in...

SHAREHave you finally finished your to-read pile at home? If you have, it’s...