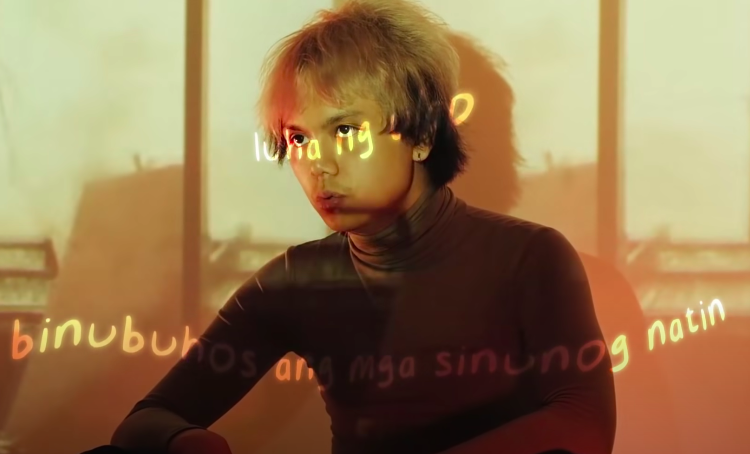 Not only is the Earth in danger—it’s dying.

As disasters of recent years pile up, people have been demanding a climate emergency declaration. But before you get gaslighted by another big corporation about climate change, remind yourself this: If only the trees and birds could speak, would they still thrive and sing?

Zild Benitez answers that and more, becoming the bridge between us and nature in his new single and music video “Luha ng Lupa.” Released on Nov. 23, this track is the singer-songwriter’s first release after coming out with his solo debut “‘Homework’ Machine” in July. While  Zild penned this single two years ago, he thinks it has sadly become more relevant today. “Our country is inherently vulnerable to the effects of climate change,” he says, while promoting donation drive links and petitions to demand climate justice on YouTube.

Haunting and hard-hitting, “Luha ng Lupa” counts the symptoms of a neglected planet by painful personifications—clouds and birds crying and the Earth questioning its worth. With a multiple exposure visual backing up Zild’s harsh truths, the music video takes us into a bleak, horrifying future. If we lose this battle, the song reveals a peek into what’s next: “Sabi ng bata, hanggang kailan ang amin?”

SHARELike any other kid penning their coming-of-age story in the early 2000s, content...