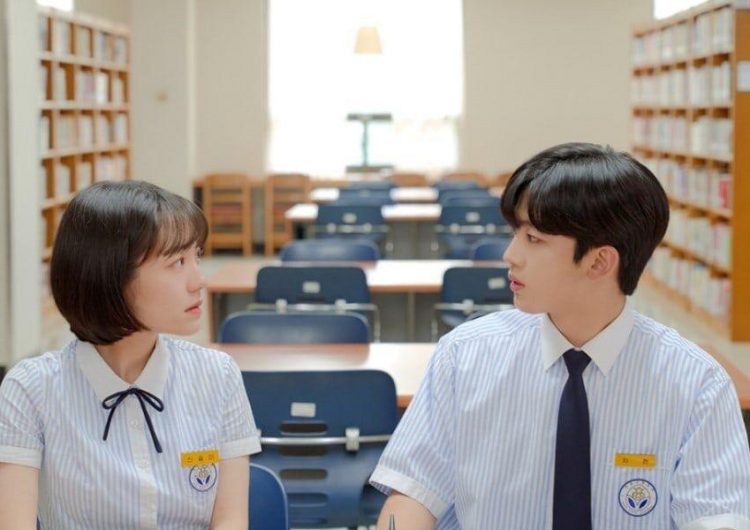 Alexa play “I Like You So Much, You’ll Know It” (on blast, please).

“A Love So Beautiful” remains one of the top tier Chinese high school romance stories out there. Aside from the love line between Xiao Xi and Jiang Chen, it also makes for a wholesome squad story. Just ask the emotionally constipated —they too might confess about rewatching the series for a couple of times.

After the announcement of a Thai “Meteor Garden” remake, Asian drama fans are in for another peace-bulldozing saga. Everyone, meet So Ju Yeon and Kim Yo Han, your lead ship in the Korean “A Love So Beautiful” rehash.

The story revolves around two childhood friends who figure themselves (and their youth) out in their high school years. And course, romantic feelings are involved. “I like you,” So Ju Yeon (played by Shin Sol Yi) confesses to Cha Heon (played by Kim Yo Han) as if it’s not the first time.

As seen in the sneak peek, So Ju Yeon is one of the most hella cheerful, and honest girls you can meet in your lifetime—and her childhood friend Cha Heon has been a long time witness. “I don’t like you,” he replies, half-smiling. Despite his cold demeanor, Yooil High School’s perfect student Cha Heon eventually turns to be warmhearted AF, making him an intriguing tsundere to watch out for.

Will it be the same slow burn in this reboot? Or will their emotions take the show to a different path?

Though it comes off as mushy and fairytale-like, “A Love So Beautiful” is also a coming of age tale that tackles the importance of friendship, pursuing your dreams and never losing yourself. Here’s to hoping we see more of that in its Korean version, because why not?

Premiering on Dec. 28, “A Love So Beautiful” will run every Monday, Thursday, and Saturday on KakaoTV at 5 p.m. KST.

“True Beauty” is a K-drama now, so let’s talk about the webtoon

“A Love So Beautiful” still from Soompi

SHAREBy Nico Pascual Images: Slashfilm Blade Runner is one of those films that...

This floating art exhibit is all about fisherfolk rights

SB19 is starring in their own Christmas movie