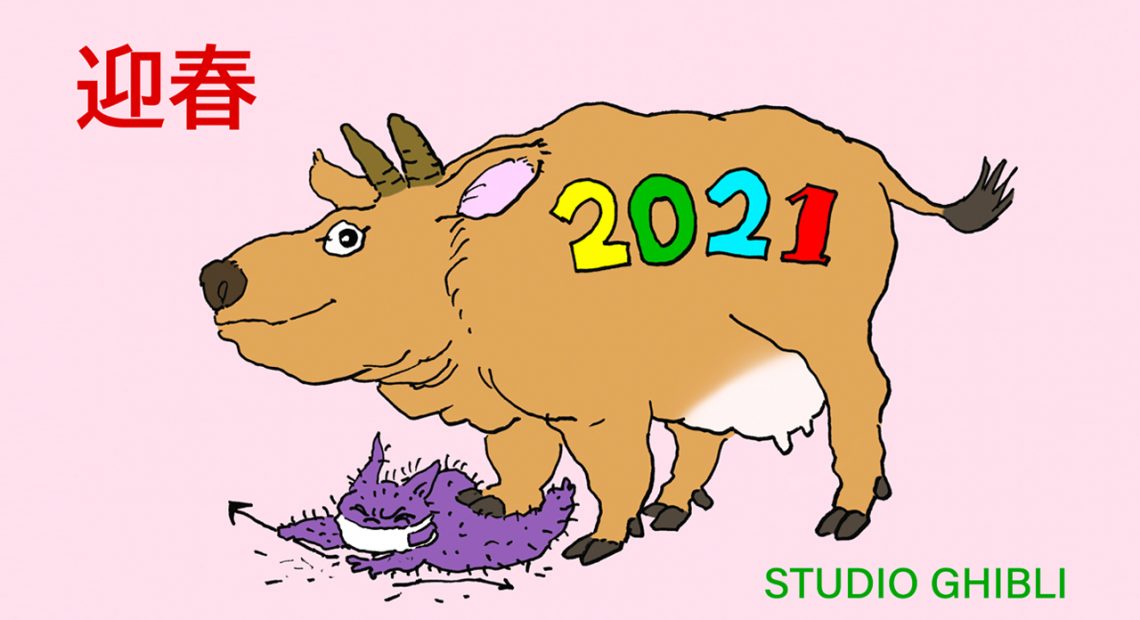 Happy new year, Studio Ghibli fans. Hayao Miyazaki, the mastermind of the studio’s universe, has unlocked a new character just in time for the not-so-clean-slate clean slate. (No, it’s not someone from “Aya to Majo,” one of his latest  films.)

Studio Ghibli has gifted its fans a new 2D creature through a wholesome greeting card. “We have just started Studio Ghibli’s new Twitter account. We will be sharing information about new works and small events happen(ing) at the studio,” the production company  said on Twitter,  with an image of an ox effortlessly crushing what seems to be the COVID-19 virus (with a mask, even). A moment of silence, please—we’d like that badass energy to live through us fr fr.

According to Hypebeast, the film house has also acknowledged the efforts of healthcare workers in its  new year message, as they’ve been “devoted to treating infected patients, regardless of it being the end-of-the-year period.”

Aside from the recently-released “Aya to Majo” a.k.a. Studio Ghibli’s first CGI animation, Miyazaki has also been busy with “How Do You Live?” an upcoming film about a 15-year-old’s journey through spiritual growth, poverty, bullying and education. No release date has been announced.

Here are 400 Studio Ghibli stills for your aesthetic moodboards

SHAREK-pop’s global domination has reached a new feat with the renowned boy band...