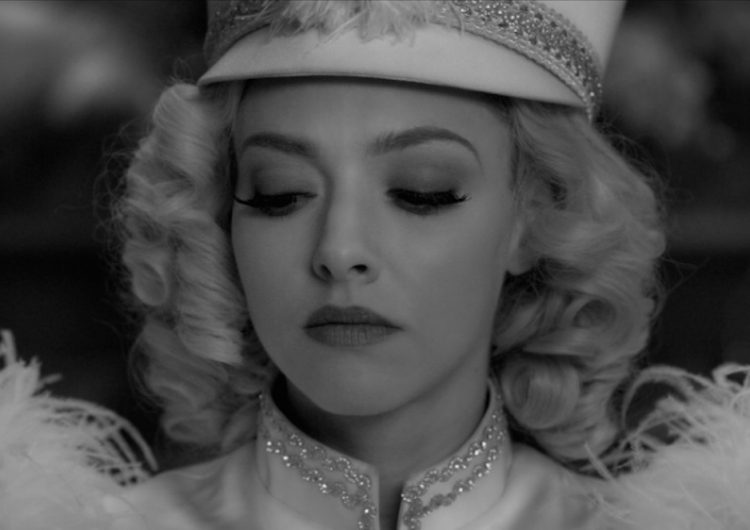 Here we go again, cinephiles and red carpet watchers: Oscar season is upon us. While we probably haven’t seen any part of its roster on the big screen this year, streaming sites are there to sate our film-deprived selves. Case in point: Netflix’s collection of 2021’s Academy Award-nominated films.

From top-ranking “Mank” to short subject docus, here are the 18 films on Netflix that got the sought-after Oscar nod.

Set in 1930s old Hollywood, the black-and-white brainchild of Oscar fave David Fincher centers on screenwriter Herman J. Mankiewicz (Gary Oldman), as he races to wrap up the draft of “Citizen Kane” while dealing with alcoholism.

“The Trial of The Chicago 7”

Directed by “The Social Network” co-screenwriter Aaron Sorkin, this historical legal drama is based on an infamous 1969 trial of seven defendants charged by the U.S. federal government for countercultural protests at the 1968 Democratic National Convention.

“News of the World”

After the US Civil War, Capt. Jefferson Kyle Kidd (Tom Hanks) takes a 10-year-old girl (Helena Zengel) under his wing after she’s captured by a Native American tribe. They traverse the harsh plains of Texas together to reunite the child with her aunt and uncle. However, they’re met with dangers both human and natural along the way.

Nominations: Best Actress in a Supporting Role (Glenn Close) and Achievement in Makeup and Hairstyling

Based on a true story, a phone call prompts Yale law student J.D. Vance (Gabriel Basso) to return to his hometown in Ohio, where he begins to reflect on his Appalachian roots.

“Pieces of a Woman”

Martha (Vanessa Kirby), a young woman expecting her first child faces loss when her home birth ends in tragedy. She navigates a yearlong journey of grief while working through the broken pieces of her relationships.

A chauffeur of a rich Indian family (Adarsh Gourav) hopes to get his rags-to-riches story by climbing up the social and economic ladder, all thanks to his wit and cunning skills as an entrepreneur.

In this Chinese-influenced animated musical, a girl with larger-than-life dreams builds a rocketship to meet the moon goddess Chang’e.

“If Anything Happens I Love You”

After a tragic school shooting, two grieving parents tackle a harsh reality while mourning for their child.

A filmmaker-diver strikes an unusual friendship with an octopus living in the depths of a South African kelp forest.

During the hippie revolution and down south from Woodstock, another kind of rebellion brews in a ramshackle camp for teenagers with disabilities, where they then ignite a monumental movement.

“A Love Song for Latasha”

This short dreamlike docu shines a light on Latasha Harlins, a young Black girl from Los Angeles killed by a convenience store owner. Her death soon prompts the city’s 1992 uprising.

While on the way to get home to his dog, cartoonist Carter James (Joey Bada$$) is thwarted by a deadly encounter with a police officer (Andrew Howard), which he’s forced to relive every single day.

The Palestinian film focuses on Yusef (Saleh Bakri) and his young daughter Yasmine (Maryam Kanj), as they venture to the West Bank in hopes to get his wife a present for their wedding anniversary. The country’s troubles get in the way, with soldiers, segregated roads and checkpoints blocking their path at every turn.

The Spike Lee-directed film takes a look at war-torn Vietnam, with four Black vets battling the forces of nature—and humanity—to find their fallen squad leader and a hidden gold stash.

In seaside Italy, an elderly Holocaust survivor (Sophia Loren) becomes an unlikely mother figure to a 12-year-old immigrant from Senegal (Ibrahima Gueye) who had once robbed her.

Aspiring musicians Lars (Will Ferrell) and Sigrit (Rachel McAdams) take a chance to chase their dreams of pop stardom in Europe’s famous Eurovision contest, where they meet a few rivals out for the same glory.

George Clooney directs and stars in this sci-fi and post-apocalyptic flick where his character Augustine, a lonely scientist in the Arctic, hopes to stop a group of astronauts from coming home to a global catastrophe.

Read more:
After 93 years, the Oscars finally decided to not be so white
Over two dozen Oscar-nominated shorts are available online
Bong Joon Ho quarantine update: A new script is here