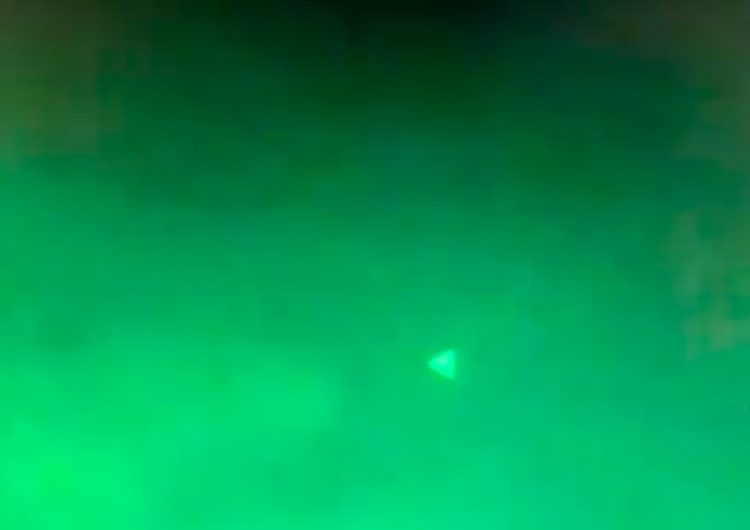 Hey, remember when we wrote about the UFO video confirmed to be real in 2020? Well, it turns out that there’s more for us this year: The Pentagon has just confirmed the legitimacy of yet another newly-leaked UFO footage.

Published in extraterrestrial news sources Mystery Wire and Extraordinary Beliefs earlier this month, the blurry green footage in question features a blinking triangular object zipping through the sky. According to Pentagon spokesperson Sue Gough, who spoke with Futurism, it was filmed by US Navy personnel back in 2019. She also confirmed to CNN the legitimacy of photos that were leaked alongside it, which showed UFOs shaped like a sphere and an acorn, and something that looks like a “metallic blimp.”

The US Navy photographed and filmed “pyramid” shaped UFOs and “spherical” advanced transmedium vehicles; here is that footage.

Please visit my Instagram and https://t.co/5JMYxoo9sI to read all the details that I can share at this time. pic.twitter.com/58CXZ1ljAF

“As we have said before, to maintain operations security and to avoid disclosing information that may be useful to potential adversaries, the Department of Defense does not discuss publicly the details of either the observations or the examinations of reported incursions into our training ranges or designated airspace, including those incursions initially designated as UAP [unidentified aerial phenomena],” she told Futurism.

Back in June, the US Navy announced an official UFO task force called the  Unidentified Aerial Phenomena Task Force. Gough also mentioned that they are conducting “ongoing examinations” on this newly-leaked footage, along with a couple more mysteries that their military force spotted.

The US isn’t the only one that has potential ETs roaming their skies. In Scout 37, we interviewed UFO expert Dr. Jaime Licauco about aliens hovering around the Philippines—and yes, there’s a lot of them, apparently.

Read more:
Here are some local UFO sightings throughout history, for your tinfoil hat thoughts
Tinfoil hat kids, we’re getting even more official UFO footage
Today in 2020 news: UFOs are real, and we are unfazed

SHAREFor the brave souls who are willing to take a hair risk, we...