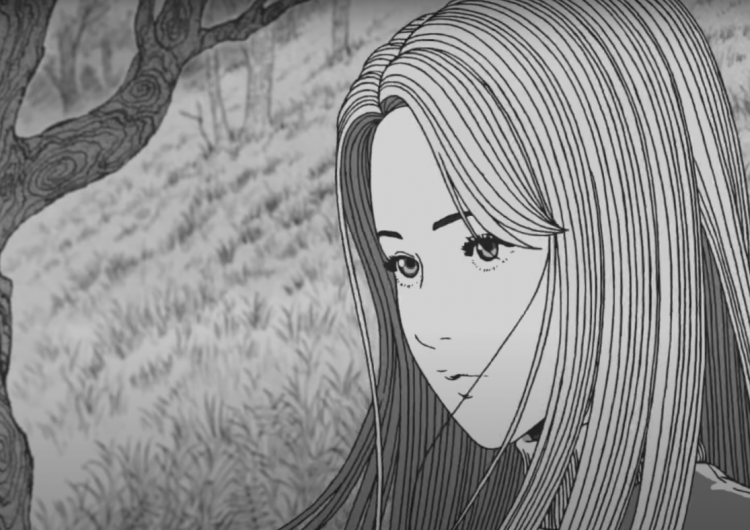 Today in serotonin-infusing anime news, we pick up an update from the Junji Ito side of the planet. As announced two years ago, the horror manga series “Uzumaki” is having a screen adaptation, previously set to drop in 2020. Unfortunately, Adult Swim has been forced to delay its premiere until 2022—no thanks to the global pandemonium, like always.

But hey, here’s something to help you rationalize the waiting game: A snippet of the “Uzumaki” anime has been teased by director Hiroshi Nagahama himself today, June 16. “The way we are making this anime is requiring twice as much staff as we normally use,” he said in Toonami’s “Uzumaki” sneak peek today, June 16. “I hope to be able to introduce each and every one of the amazing staff soon.”

Just as we wished, the 42-second snippet already spells out unsettling.Protagonist Kirie Goshima slowly walks us to the small town of Kurouzu-cho, and the place’s murkiness clues us into its dark history. Add on the eerie musical scoring and it’s another clip we’ll watch over and over.

“It’s also true that we had to restructure our plan from the start. But it’s definitely starting to come together,” said Nagahama on COVID-19’s impact on their production. If waiting a little longer would mean diving into an immersive show, then we’re in.

“Uzumaki” tells the story of a quiet town plagued by supernatural events involving spirals. For more creeps, here’s our list of 10 Junji Ito comics that still haunt us.

SHAREIf you haven’t heard, esports are a medal event now. While the 2018...

I, too, would like to appoint a cutout as my stand-in at events

SHAREThis morning, Tagaytay Art Beat’s official page has announced the postponement of the...