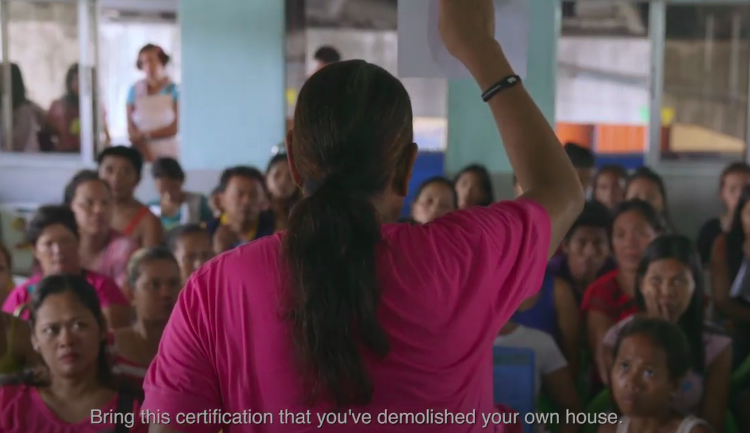 Is it really “progress” if not everyone is included?

This and more are the questions that surround Jewel Maranan’s 2017 documentary “Sa Palad ng Dantaong Kulang” (In The Claws of a Century Wanting). Set in the fragile communities of Tondo, Manila, this documentary on the Filipino urban poor and the country’s housing crisis can now be streamed online.

The docu focuses on Manila’s busiest international port, particularly four families who live in the backstreets. Each day, they become witnesses to the flow of wealth represented by cargo ships—all while, in contradiction, they experience the harshness of poverty.  “Bitbit n’yo itong certification na kayo ay nakapagbaklas na (Bring this certification to prove that you’ve demolished your own home),” someone announces to a group of people preparing for an event they have no control over. Should “development” mean mere cranes forcing people to helplessly relocate?

The film’s core is explained on the official website: “With the same forces changing urban landscapes in the Philippines, systemic imbalances have been aggravated, where vulnerable people remain the most affected by distinct but related issues—urban development and land use, housing crisis, inadequate social services, widening inequality, displacement, and violations of human rights.”

They also prepared a reading list on the urban poor condition in the country.

Awarded Best Documentary in the 42nd Gawad Urian and recognized by festivals worldwide, “Sa Palad ng Dantaong Kulang” can be viewed on different platforms: MOOV (P220), Vimeo ($4 or approximately P200), and GuideDoc TV (subscription for $2.99 or approximately P150). But if you’re strapped for cash and can’t afford to pay for the film, you can reach out to the team for a chance to watch it for free.

SHAREApo Whang-Od will be conferred the Dangal ng Haraya by the National Commission...