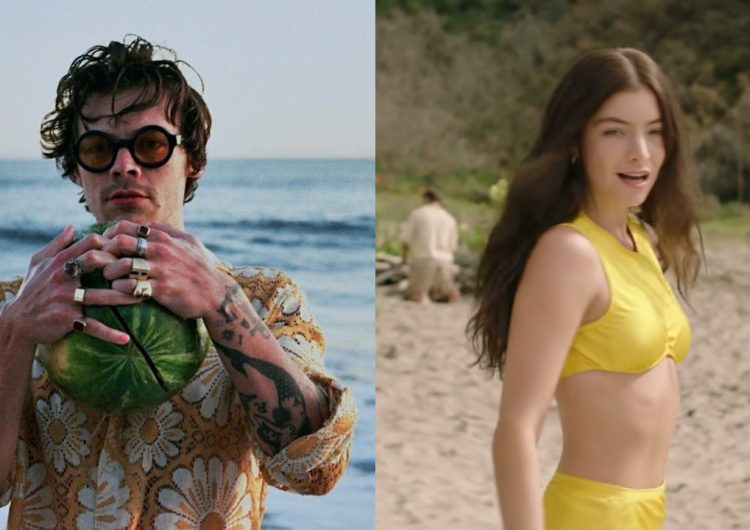 With the “Solar Power” album soon in our midst, our Lorde and savior has been booked and busy. But that won’t stop her from going through a long to-do list, which apparently includes a collab with Harry Styles. (Side-note: Same.)

The New Zealand singer revealed the tidbit in an episode of Vogue’s “73 Questions” when she was asked which artist she was “dying to collaborate with.”

“I kinda want to talk to Harry Styles,” she replied, as she strolled around the New York Botanical Garden. Of course, nothing is set in stone at the moment—well, that we know of—so treat this as a personal shoutout which we hope gets to Harry’s ears in no time.

The idea isn’t exactly far-fetched too, as the two artists have bumped into each other in the past. After bagging Best International Artist at the 2017 ARIA Awards in Sydney, Australia, Harry made a quick detour before heading to the stage, giving two quick cheek kisses to none other than the Kiwi queen herself, Lorde.

From that point on, the internet has badly wanted a collab. After a long spell of Lorde-less skies and the bounty after that, we’re happy to confirm that, yes, she is indeed in the same boat.

In other news of potential great crossovers of our generation, a team-up between Olivia Rodrigo and Blackpink’s Rosé might be in our future. Keep those fingers crossed, kids.

Read more:
Lorde won’t release CDs of her third album to help the environment
The Lorde has finally risen with new MV ‘Solar Power’
I can’t get over Big Time Rush’s potential comeback

SHARECrime. Betrayal. Mystery. Carly Rae Jepsen. If you find all of the above...