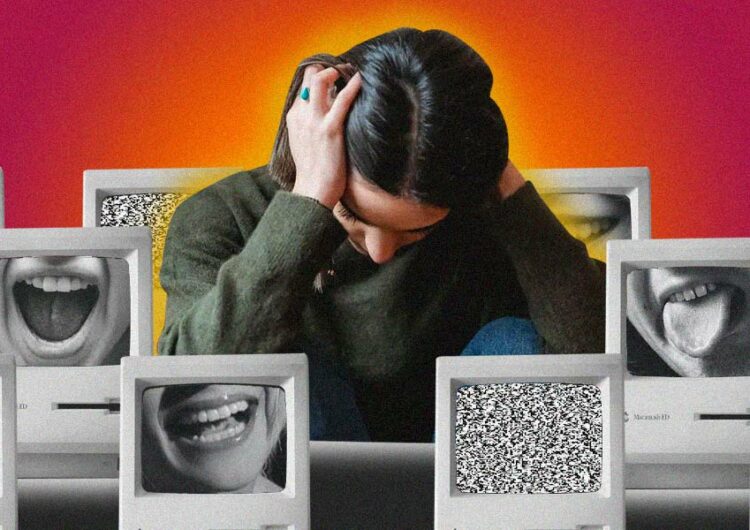 Here’s a familiar scenario: You just strained your eyes from nine hours’ worth of sitting in front of your laptop, received your measly paycheck that will most likely be purged by bills, and endured the transportation crisis-fueled three-hour travel time all in a day. Upon sitting down at the dinner table, sweaty and stressed, you express your non-enthusiasm about the next work day to your friend. But then, they tell you, “Stop ranting. Just be thankful.” In a snap, it seems like your exhaustion doesn’t have the right to exist.

We’ve all had our fair share of personal experiences being invalidated. It hurts when people close to us do that. But it’s a different kind of strange when the rich and famous—folks who don’t really know us—decide to have the audacity to do so.

Where does this advice come from?

During an interview with Variety last year, TV personality and business mogul Kim Kardashian offered “advice” to women in business: “Get your fucking ass up and work. It seems like nobody wants to work these days.” As expected, this drew ire from the interwebs, as people called it an out-of-touch statement. Are ordinary people automatically branded lazy just because they’re not in the same stature as the upper class? Why are we letting a billionaire talk labor with us in the first place?

While she eventually apologized and argued it wasn’t a “blanket statement,” clarifying that she doesn’t think women don’t work hard, the reason behind people’s pitchforks is understandable—and has unfortunately resurfaced in a separate case. Just when Filipinos were about to return to work this 2023, social media personality Donnalyn Bartolome schooled its followers on being “grateful” for work.

(Why are there people who are sad about returning to work? Shouldn’t you be happy because you have a chance to improve your family’s life?)

She also shared that she, in fact, would be down to work on New Year’s Day, albeit being a holiday, because of the superstition that when you do a particular thing at the start of the year, it’ll likely happen for the rest of it. She proceeded to wish everyone to find a job that’ll make them happy, and urged a change in mindset. “This is just a reminder that having a job is a blessing,” Donnalyn said, with “feeling lucky” topping the message posted on her 16 million-following Facebook page.

A feeling of invalidation

Several comments in the post pointed out that it’s easy for the vlogger to say that since she comes from a place of privilege. She might have intended to fuel motivation—which is something we aspire to have as 2023 opens—and wanted to inspire others given she also experienced financial difficulties and juggling multiple jobs in the past, as she shared last year. But the assumption that lies in her statement is mostly what people found insensitive and quite a reach. Just because the working class feel sad about going back to their jobs doesn’t mean they’re ungrateful for the opportunity.

In fact, as people online enumerate, there are various reasons people aren’t so excited. Some will be miles away from their families again, some have to restart yet another overworked-but-underpaid cycle, and some have no choice but to wear the Resilient Commuter badge and risk their life outside just to get a ride home. Some don’t have the best relationships with their co-workers or bosses. Some might even be dealing with personal problems. Whatever concern it is, it’s valid to feel sad.

In spite of these difficulties, it’s not easy for the working class to quit their jobs either. Our country’s inflation rate grew to 8.1 percent in Dec. 2022, which is the highest figure since Nov. 2008. This alone can force people to stay in the workforce. While the unemployment rate has slowed down from 5 percent in Sept. to 4.5 percent in Oct., job hunting still isn’t a walk in the park with 2.24 million people being jobless (as of Oct. 2022).

The danger that comes with listening to advice from privileged personalities is when they become preachy, promote toxic positivity, and invalidate feelings of people they don’t share similar lives with. Instead of being helpful, these attempts at delivering “words of wisdom” can be a source of guilt and shame for ordinary people, giving off the impression that they’re not as successful because they’re not doing enough.

As if the pressure from a capitalistic system isn’t already torturous, suddenly there appears a certain standard on how we should deal with our lives. But we don’t even have the same 24 hours in the first place—and hard work doesn’t guarantee abundance.

Who do we listen to?

A lot of us naturally find comfort in asking strangers for advice. That’s why we have advice columns, anonymous question apps, and even similar segments on the radio. But we should still be wary of the perspectives we borrow. Do they align with the life we live? Do they actually understand our struggles? If, let’s say, we sit down with them for a conversation, will we find common ground?

Sure, these personalities often offer us a peek into a chunk of their lives. We see them doing house tours, produce diaristic content, and actually interact with fans IRL. But in one way or another, they’re still strangers. “Social media influencers that have created a business of selling products online have an incentive to promote positivity,” said culture director Carrera Kurnik, as quoted in a Dazed article unpacking the rise of toxic positivity in the virtual sphere. “Social media markets thrive on positivity and thus we see toxically optimistic outlooks frequently adopted.”

So, it might be better to take them with a grain of salt—or better yet talk to the people you trust instead. “But [Atlantic writer Wendy] Kaminer[’s] point is sound: We’d be wiser to pay attention to the ones who love us and know us, and be more circumspect with generic advice that comes from rich, pretty and eloquent strangers,” Erin Anderssen said in a 2013 article of a Canadian newspaper.

Giving advice, although a voluntary act, is a responsibility. If prominent people aren’t in the position to preach, the better thing to do is have empathy. We all want positivity in our lives, but when it transforms into something that shields us from reality, discourages us from demanding a better life, and holds us back from being our authentic selves, it’s time to reassess things.

After all, expressing “negative” emotions like frustration, disappointment, and sadness can co-exist with feelings of gratefulness, appreciation, and, well, luck. No famous stranger should take that humanity away from you.

SHAREOur favorite ’80s-based Netflix show might’ve been feeding us hints. But the Internet...

SHAREWhat a night. Summer camps—the ones that pluck you out of your comfort...