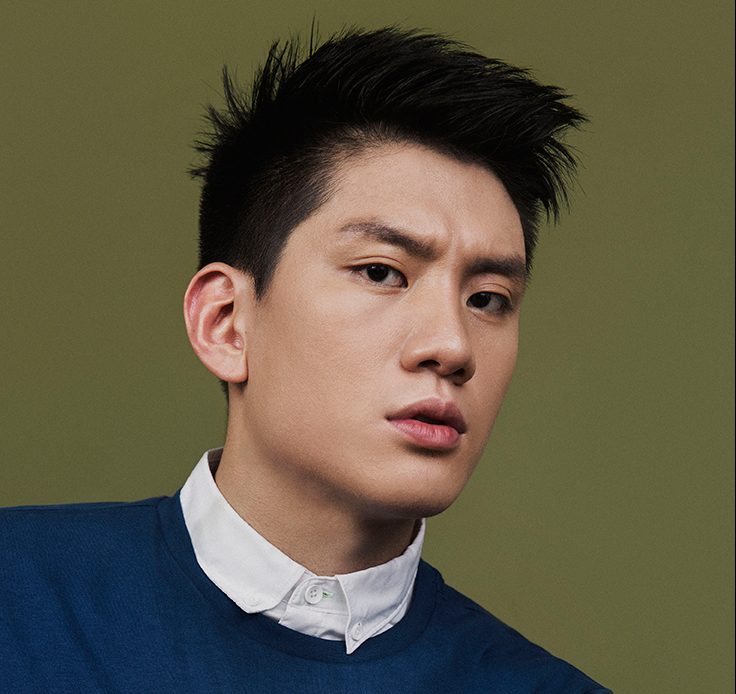 It’s a clear Friday morning in Makati, only made special by the fact that Jeron Teng is walking in the Scout offices today. He saunters in calmly, but his mere presence draws all eyes in the conference room towards him. He says hi, makes eye contact, and shakes hands with familiar faces as he quietly takes a seat on one far end. It’s a far cry from how we normally perceive him on the court.

On the hardwood, Jeron is one of the UAAP’s most recognizable faces, anchoring the De La Salle Green Archers as the team captain for the third year in a row. He’s known for being one of the most intense players in the college ranks, often shouting on the court to communicate, a scowl occupying his face in between. It’s a swagger most would often call cocky and arrogant, but it’s one that has undeniably helped him get to where he’s at right now.
On this day, while he’s hamming it up for our cameras, he’s not Jeron Teng the basketball player, the captain. He’s just Jeron Teng the man. He’s just playing himself—the 22-year-old Tsinoy guy who is as chill as 6-foot-2 guys come. He’s not shy about being a Batman geek or playing Dota 2 in his spare time. He’ll tell you that he prays novenas and visits Chinese temples on the day of a big game.

As he’s being shot, he’s asked which song he’d like to lip sync and dance along to. He picks Drake’s One Dance, a popular if not unsurprising choice. The song begins and Jeron starts to dance, unabashedly looking silly in the process, while immediately establishing a level of comfort among people he barely knows. He doesn’t just lip sync along to Drake, he actually sings—proving that his talent belongs better on the court than at the KTV bar. But it’s way more bearable than other people who would have gone pabebe or pa-cute the moment the cameras start rolling. 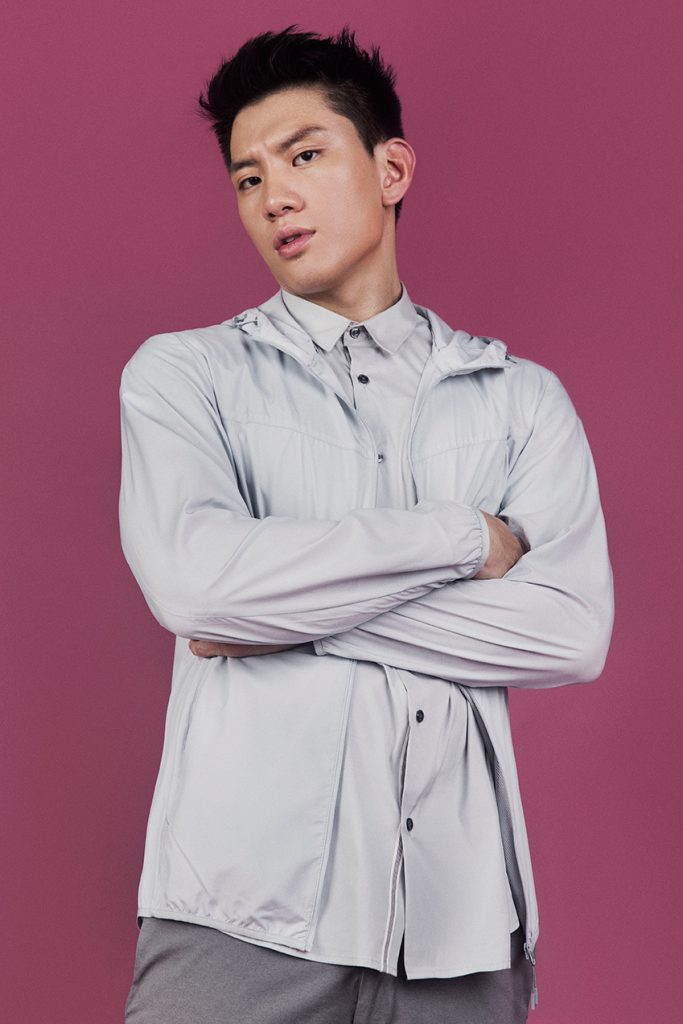 Watching Jeron play to the camera so comfortably says a lot about how far he’s come as a popular figure at 22 years old. I watch him and remark that this is the same guy who once put up 104 points in a high school game for my—our—alma mater, Xavier. This is a dude who, for the most part, had similar experiences growing up in a Chinese-Filipino all-boys’ school. But this is also a guy who’s had a spotlight on him as early as his teenage years.
To try and make him more comfortable to open up to me, I bring up my Xavier roots and attempt to strike a connection with him. He seems relaxed as he starts answering my questions, never failing to make eye contact.

As a Xaverian, it’s not hard to relate to what he says. When you grow up in a privileged environment like that, it’s really difficult not to stand out. But with that comes the scrutiny, especially from people we have already made assumptions about based on what’s on the outside. I ask him how he came across to his eventual friends when he entered La Salle. “They’d say at first, they thought I was arrogant, but once they meet me, it’s really the opposite,” he relates. He acknowledges his on-court swagger, saying, “Maybe I’m cocky on the court, but outside the court, I’m not. It’s just part of my game, to be cocky, to be confident in what I do.”

There’s a laid-back aura surrounding Jeron as he talks about his experiences in high school and college. He doesn’t have the angst of someone who feels like he has a lot to prove, despite the pressure he feels to win one more championship for La Salle. But he also doesn’t give off a sense of entitlement, something that those outside the limelight can easily spot in those in it.

I ask him about having reached celebrity status, which in itself, is a very vague concept nowadays. In a world where any Tom, Dick, and Harry can start a blog or Instagram account that goes viral, any savvy social media strategist can have hundreds and thousands of followers within months. But that still doesn’t beat being a recognizable face on television with endorsements left and right and a love life that the public actually pays attention to. 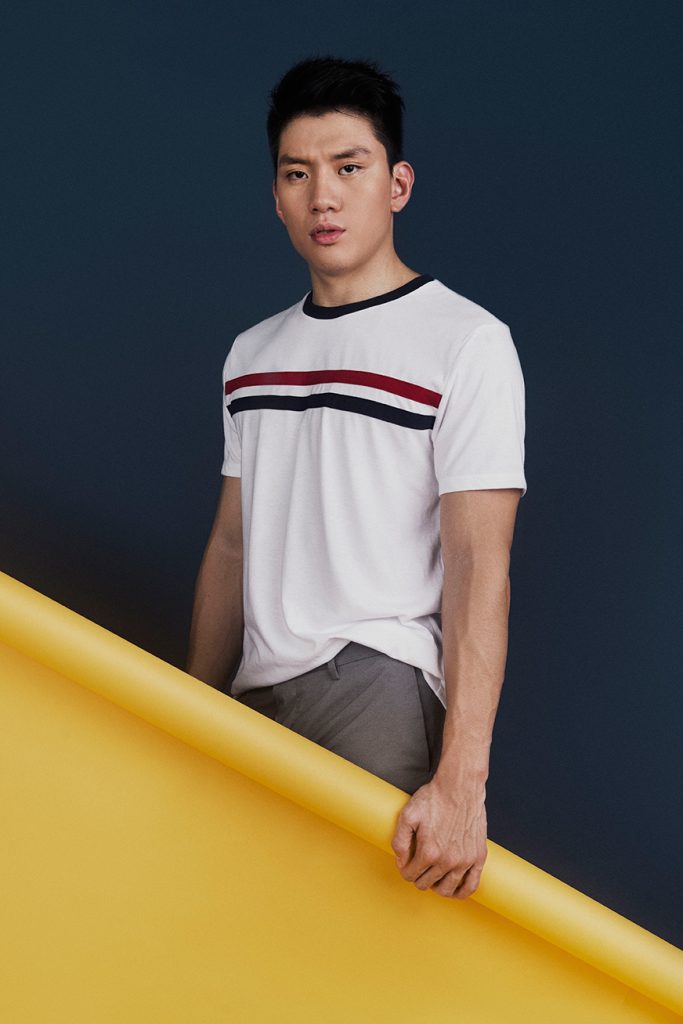 Being a 22-year-old in college can be one of the most liberating experiences of one’s life, especially if you fit the profile of an upper-to-middle class male who can go around and do whatever he pleases. Sometimes, that involves just getting out of bed, putting on a hoodie and a pair of shorts, and going out just because you can. But for Jeron, that’s not an option. Since he and his siblings began to get easily recognized in public, his mother has urged him to fix up before stepping out. “My mom would always tell me, ‘You must look presentable, especially around people,’” he shares.

Jeron recalls realizing he hit that level when the bashers started popping up online. But he also wonders at the futility and pettiness of it all. He asks, “If they don’t really like you, then why would they waste their time going to your profile and checking your pictures?” I ask about the meanest things his online critics have said about him. He addresses the question with a level-headed response: “When they say bad stuff about me, that’s their opinion, and people have different opinions. But I don’t like it when they make up stories just to try to destroy you.”

He speaks from first-hand experience when he mentions that the bashing has affected his personal life, particularly in dating. When asked about how his celebrity status has an effect on his dating game, he says that it isn’t easy because of the pros and cons it brings. “With dating, of course, there’s stereotyping of basketball players. People stereotype basketball players as womanizers, playboys,” he laments. “But I’m not like that. It takes time. I just really have to prove to the girl that I’m not what people say I am.” He shares that it gets worse when the stories make their way to the family members of the girl he’s seeing, which makes it more difficult for him. 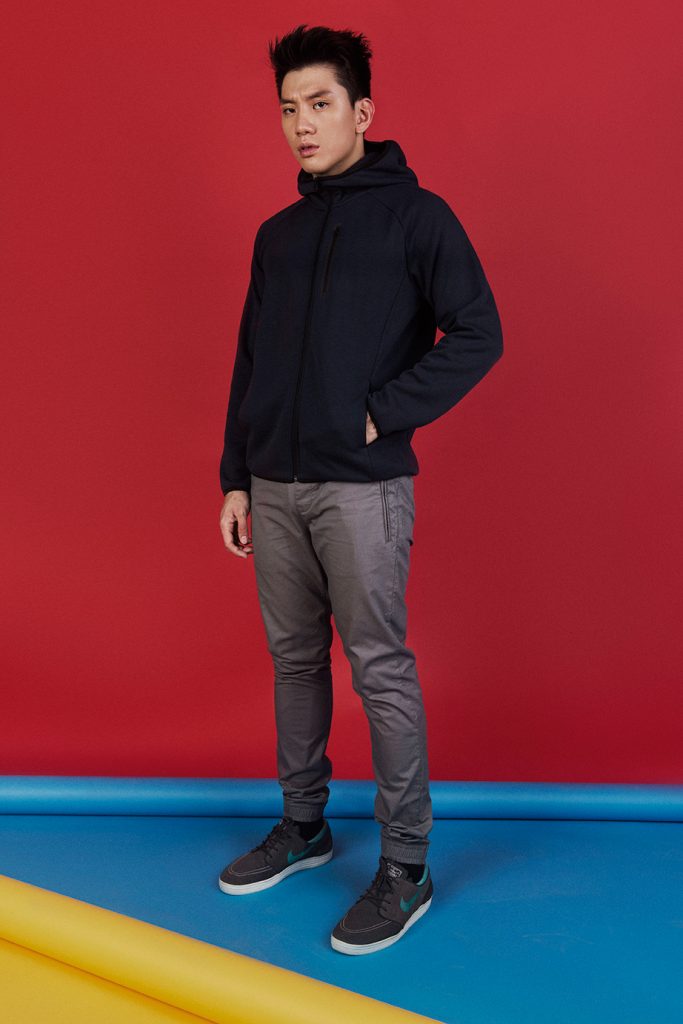 That said, Jeron has a very interesting take on overcoming the hurdle of his celebrity status as a supposed dealbreaker. He compares the experience of committing to a lady to that of committing to his chosen sport. “With basketball [as a career], the girls will have an idea how determined and dedicated you can be. You’re committing to the sport. So for me, if you really love something or somebody, you’ll do whatever it takes,” he says. “I really love basketball, that’s why I really work hard for it every day. I make sacrifices. I take care of my body, I don’t have vices. If you like a person, too, you’ll do the same.”

As a student-athlete, Jeron wants to be defined by his drive to succeed and how he uses it to get what he wants. He calls basketball his passion and likens it to Kobe Bryant’s own obsessive desire to succeed in the sport. “If you really love your sport, it means you’ll do whatever it takes to succeed, even if it includes sacrificing your time with your friends,” he says. “And if you really love something, you’ll keep working hard.”

He understands the pressure of this year being his last chance to take home a UAAP Championship and cement his legacy. “I want people to remember me as someone who gave my all for La Salle,” he shares. “Hopefully win as much championships as I can, give everything I got for the school.”

My biggest takeaway from spending the morning with Jeron Teng is the revelation that being a celebrity entails putting on different masks for different occasions. On the court, he’s the vocal leader who exhibits a lot of swagger because he has to be. Off it, he does a total 180 and gives off a chill vibe. When he’s around people who have to work with him to get their job done for the day, he’s cooperative, easygoing, and generally light to be around. When he’s got his downtime, he’ll joke around or fiddle with his phone.

There’s an unwritten social contract between a celebrity and the public, in which by attaining celebrity status, one forfeits the right to a degree of privacy. Some celebs would willingly bare as much as they can about themselves on Twitter, Instagram, or Snapchat. But it’s always interesting to watch young people navigate through this popularity.

Whether he chose to be one or not, Jeron Teng is, for all intents and purposes, a celebrity. He just happens to know where his off switch is. 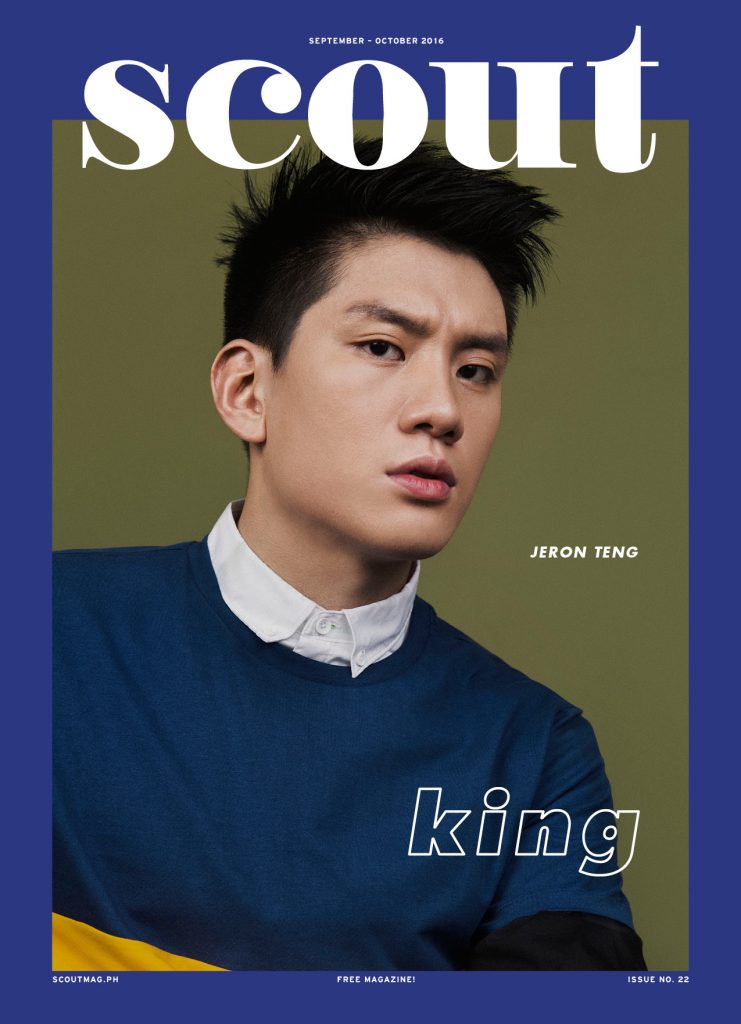 This story appeared in the September/October 2016 issue. Check the whole issue at https://inq.news/scoutlatestish.

SHAREBruh, it pays to know your local artists. There are a lot of...

SHAREPresident Duterte is famous for many things (aside from the fact that he’s,...

At a time of “red-tagging” and alleged “tanim ebidensya,” an “arestoguinaldo” prank is...