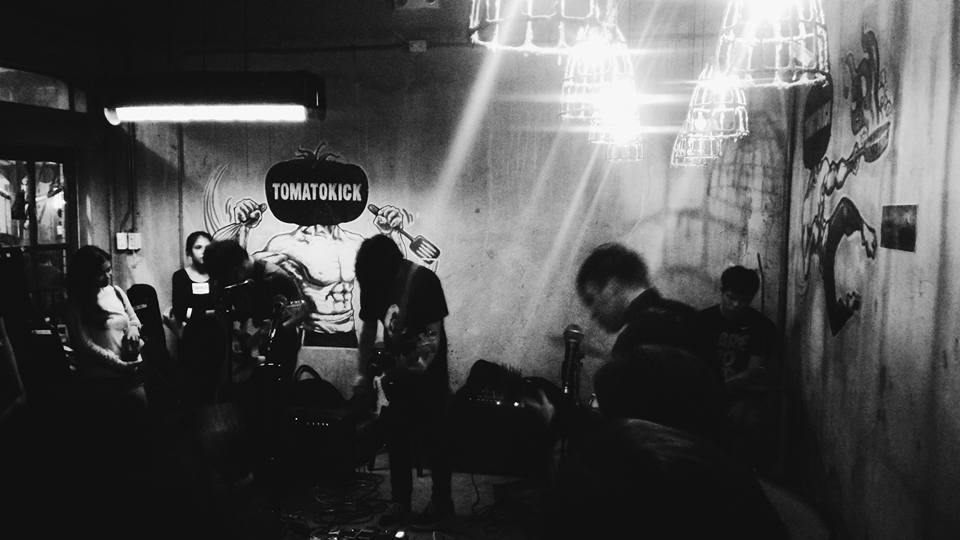 They call their sound “instrumental atmospheric music” according to their Bandcamp, but the Sound Architects are a riot to watch live, and fittingly, we asked them to make a song playlist that makes you want to go apeshit. Something to listen to while you channel your anger. But don’t be mistaken. Johann Mendoza of Sound Architects wants you to know that this isn’t a playlist that’ll make you clock someone right in the jaw. “*Disclaimer lang: I am against all forms of violence baka akalain niyong mahilig akong manggulpi ng tao hahahaha. I turn to angry, agitated music when I feel uncontrollable rage in order to keep me from going apeshit.”

“This is definitely one of the first angry songs I’ve listened to. This song feels very intense and agitated all throughout, and I can remember listening to this song on numerous occasions especially during times of anger.”

“I remember being invited to go to their recent show here in Manila back in 2015. Their music became my introduction to Hardcore music, and the show became my introduction to the DIY Punk and Hardcore community here in Manila. Their music is best when you’re pissed off for one reason or no reason at all, they’re pissed off too for a load of reasons anyway.”

“‘You are worthless scum’ – this song, and me to myself and/or people that tick me off. This song bears the weight of the world in anger. Gets me all nice and worked up too.”

“It’s not common to associate instrumental music or ‘post-rock’ with more negative emotions like anger or pain especially around here in the Philippines. But this track by one of my local heroes is one of my favorites. It’s much more subtle but has this atmosphere of negative emotions that make me feel this brooding sort of anger.”

“This is a mammoth of a track. It’s dark, heavy, and brooding. It definitely is the sound of anger, for me at least. It’s one thing to get mad and go apeshit, but it’s another thing to get mad, hold onto that anger, and let it fester. This is what the track is for me.”

Check their music out:

SHAREThe white sneaker trend dominated our 2019. Sure, it’s a hassle to keep...