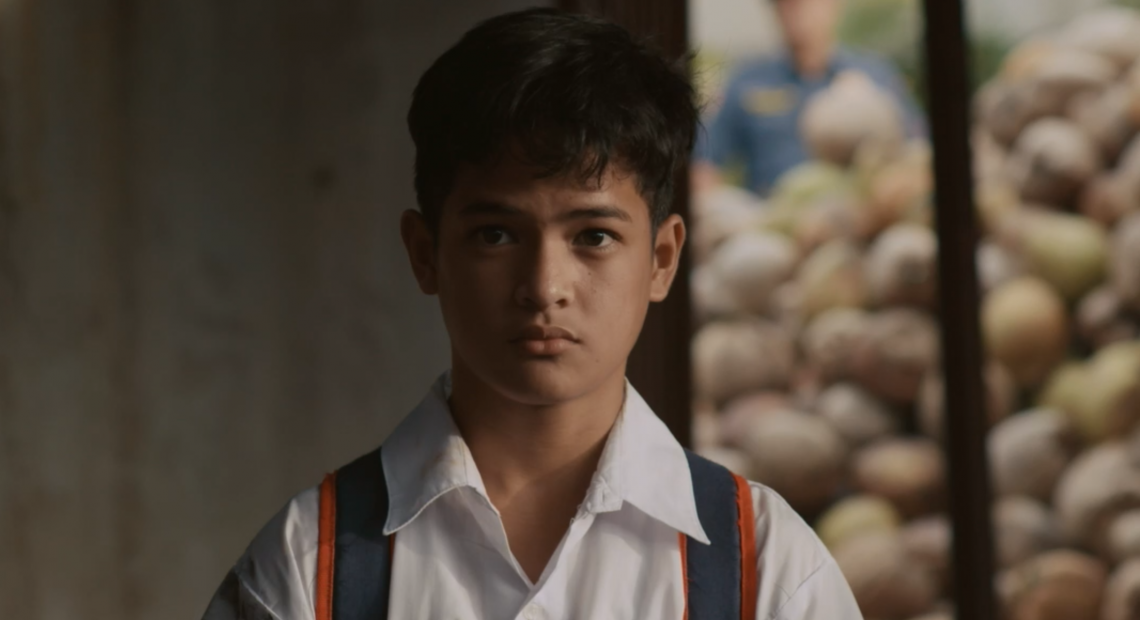 “Trending” is frequently thrown around these days. Synonymous to “viral,” anything trending on the internet is deemed popular for a specific period mostly because of the online traffic it generates through clicks, comments, likes, views, and shares.

Even TV shows use the word to retell stories that have attracted a huge online following. It might be a video of a kid dancing on the street or a karaoke performance of a potential star in a mall. But while many of us find social media as an indication of modernization, the power can be more a curse than a blessing. A 15-second video might not tell exactly what happened between two people in a fight. A 400-word Facebook post might be fake. A photoset on Twitter, for all we know, might be manipulated. 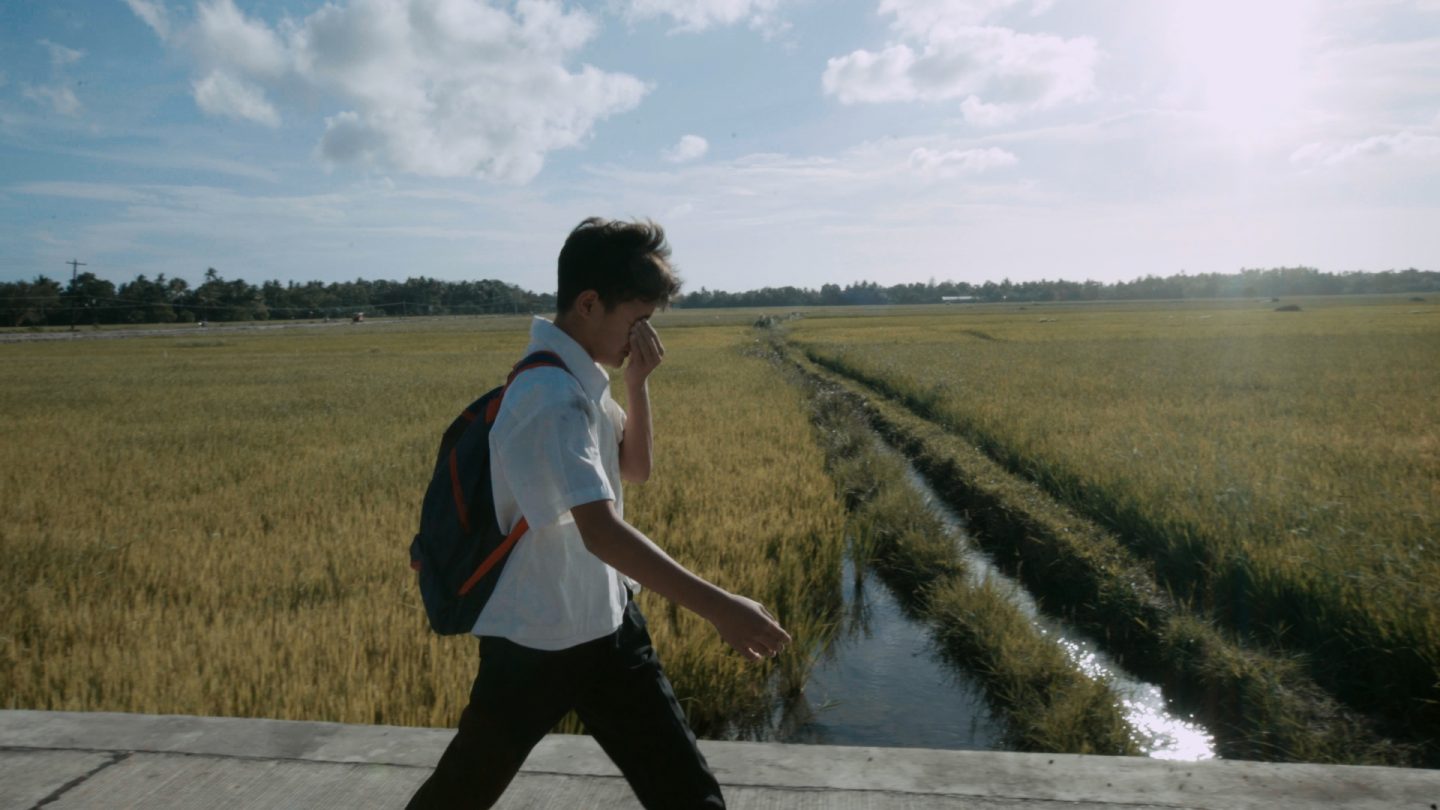 What’s worse? This overwhelming power of speaking for someone else’s life is paired with cancel culture—the online behavior that turns anyone into dust just as quick as 140 characters or less. If something vaguely framed on social media angers us, we’re quick to attack the person, putting their lives in jeopardy, as if they can’t change anymore. But we don’t even know if what we saw on our screens was true.

Read more: The toxicity and insensitivity of internet call out culture 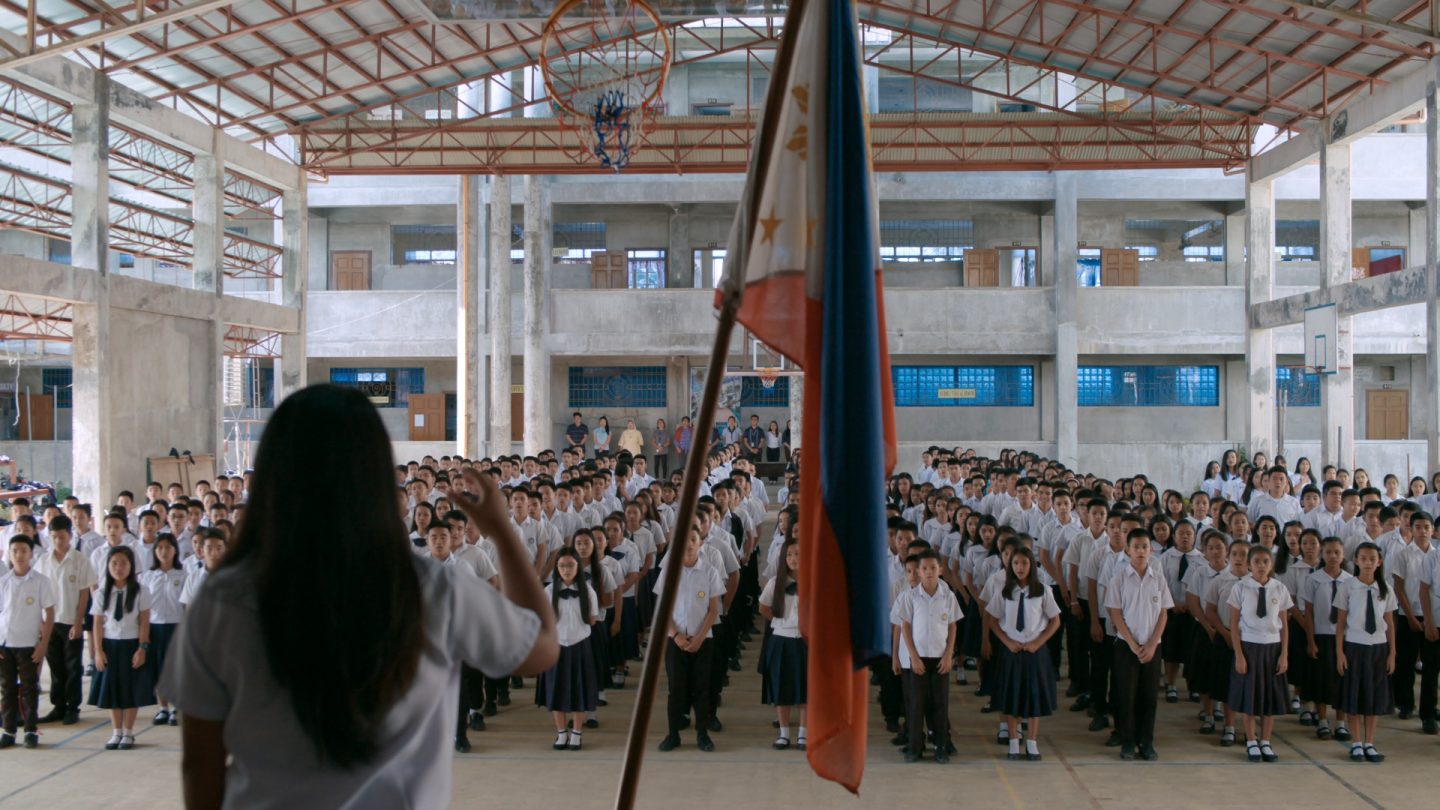 All these and more are what Cinemalaya 2019 film John Denver Trending aims to tell this August. Directed and written by Arden Rod Condez, this drama film shot in Antique follows a 14-year-old farm boy who gets accused of stealing an iPad. He then ends up in a brawl with a classmate to shield himself, but his whole life changes when the incident gets caught on video and circulates online.

Read more: Catch these 10 feature films in Cinemalaya this year

We talked to the filmmaker to know more about the cautionary, cryptic John Denver Trending.

John Denver Trending first gained recognition in Palanca, after winning second place in the Filipino screenplay category. What inspired you to tackle the theme and eventually write the story?

In August 2017, I was on my way to work in an e-hailed car when I heard the news over the radio. A mother in Negros found that her 14-year-old son had committed suicide inside their house. It was a shock to her. The boy was a happy child. But when the family went to the police station to get the boy’s death certificate as a requirement for his body’s embalming, they found out early that morning that he was sent by his teacher to the station to be used for a blotter report. 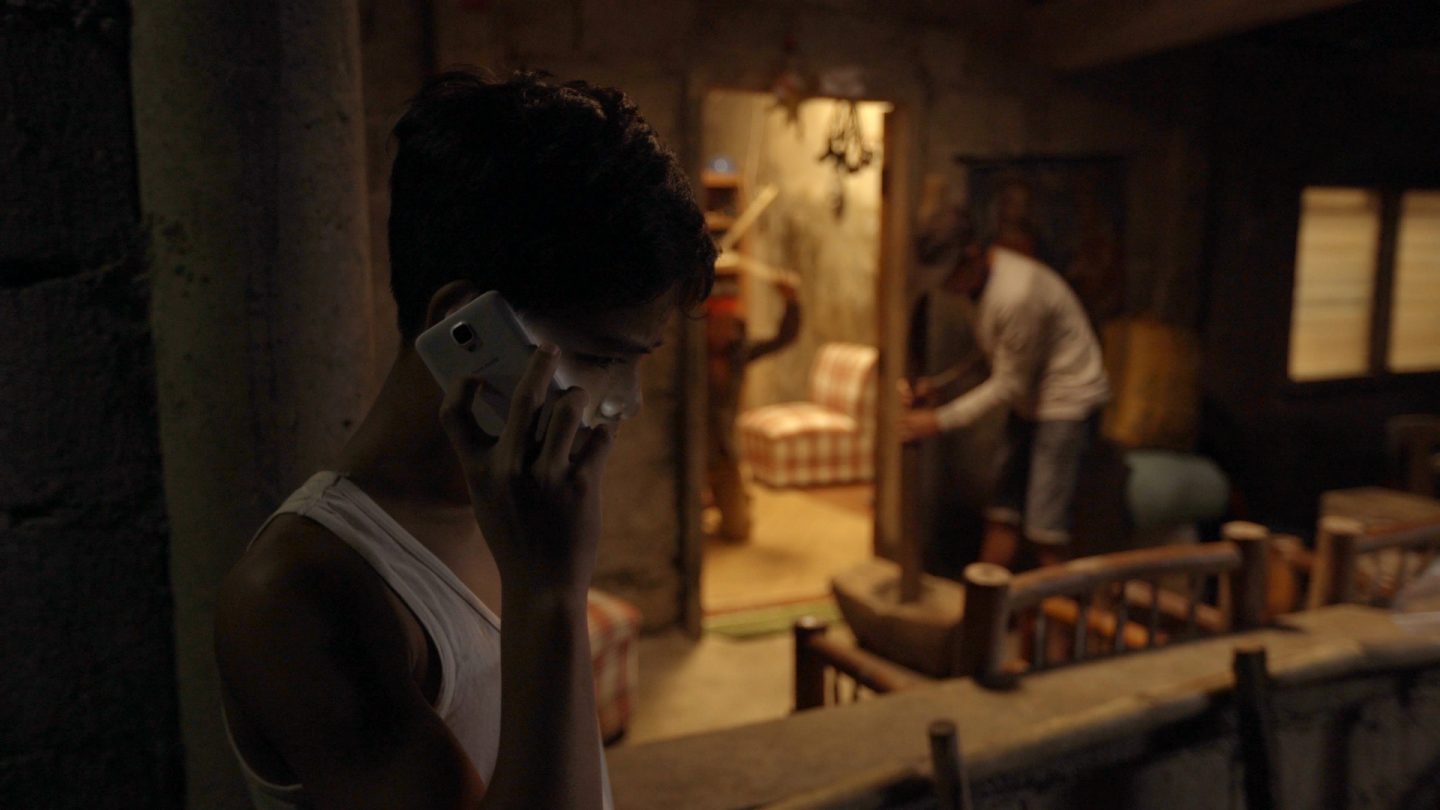 Apparently, the boy was accused of stealing an iPad. A Facebook page was made to mock him, thinking that the mockery would make him surrender the gadget. But when the boy did not succumb to the pressure, he was then sent to the police station. Eventually, he learned about a rumor that the police were already planning an entrapment operation for him. The boy got scared. He committed suicide.

Read more: Tips on preventing suicide, according to a licensed psychologist

A week after, a video from my hometown in Pandan, Antique, went viral. The video featured teenagers physically attacking a child with special needs. The video was even reported in primetime news. Rapidly, the bully became the bullied on the internet. Some of these teens had to leave their family to hide.

A few days after that, an officemate told me about a teenage girl in Cebu who committed suicide live on Facebook. Her parents were just in the next room.

These stories bothered me so much that I realized someone has to tell these incidents. It’s about time for us to pause and reflect on what we have become in the time of the internet.

Can you describe the writing process behind John Denver Trending? How long did it take?

First, I read the comments section of a Facebook post about that same boy in Negros. I read it just to study how the story would unfold depending on the “insider info” of the people commenting. I also studied how outsiders expressed their opinion on the matter; it was to trace how an issue spread and became viral. Then I tried calling the mother. I failed to contact her but I had a conversation with the boy’s aunt. They had a different version of the story. 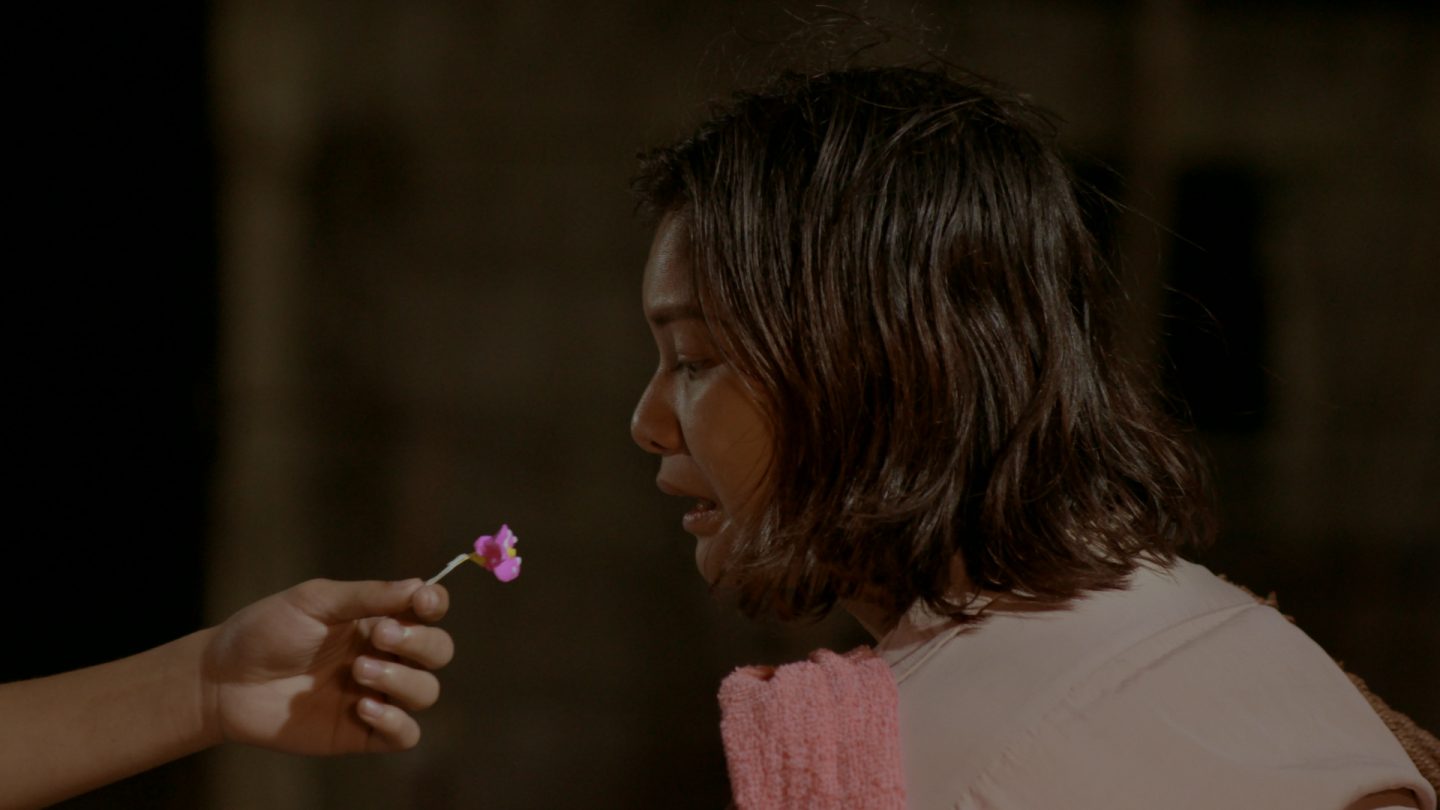 These two versions of the truth became my inspiration on how I would write the script. It was the interplay between the truth formed in social media and the “actual” truth as told by the people closest to the boy.

It took me one Christmas holiday to finish the first draft. After that, I did two more drafts to answer some of my trusted friends’ comments.

Since you’re tackling sensitive themes like bullying, what factors did you consider?

I spent ample time researching on cyberbullying. This has been an old practice for me. I come from Armando Lao’s Found Story School of Filmmaking. Found Story adheres to the philosophy that better stories are not imagined but found. Everything is based on a true story and when it is based on actual events, research is crucial, maybe the most important part of the writing process. 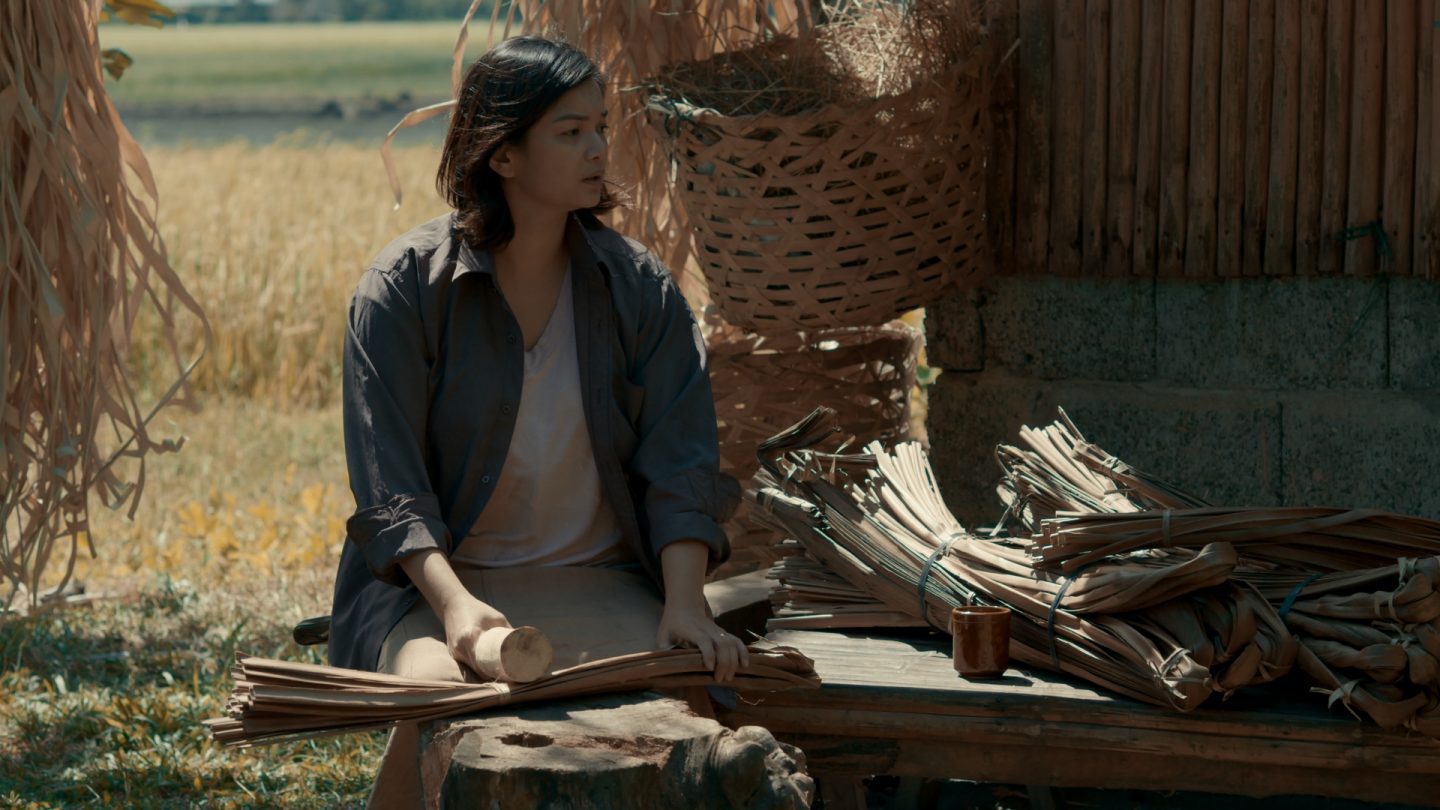 I talked to some of the boy’s family members in Negros. I interviewed the mother of one of the boys involved in the viral bullying video. Then I talked to a psychologist about teenagers and how their lives are affected by cyberbullying on social media.

You mentioned on one of your official page’s posts that almost everyone in the cast are first-time actors. Why did you decide on this?

Yes, it was really my intention to cast non-professional actors even before this was a concept. First, I wanted to keep the idea of a nobody suddenly becoming infamous because of a viral video. It was also my original plan to shoot it in my hometown, using the local language of Kinaray-a, since the story also follows the experience of the entire town; a sleepy unknown place that would also rise to infamy. 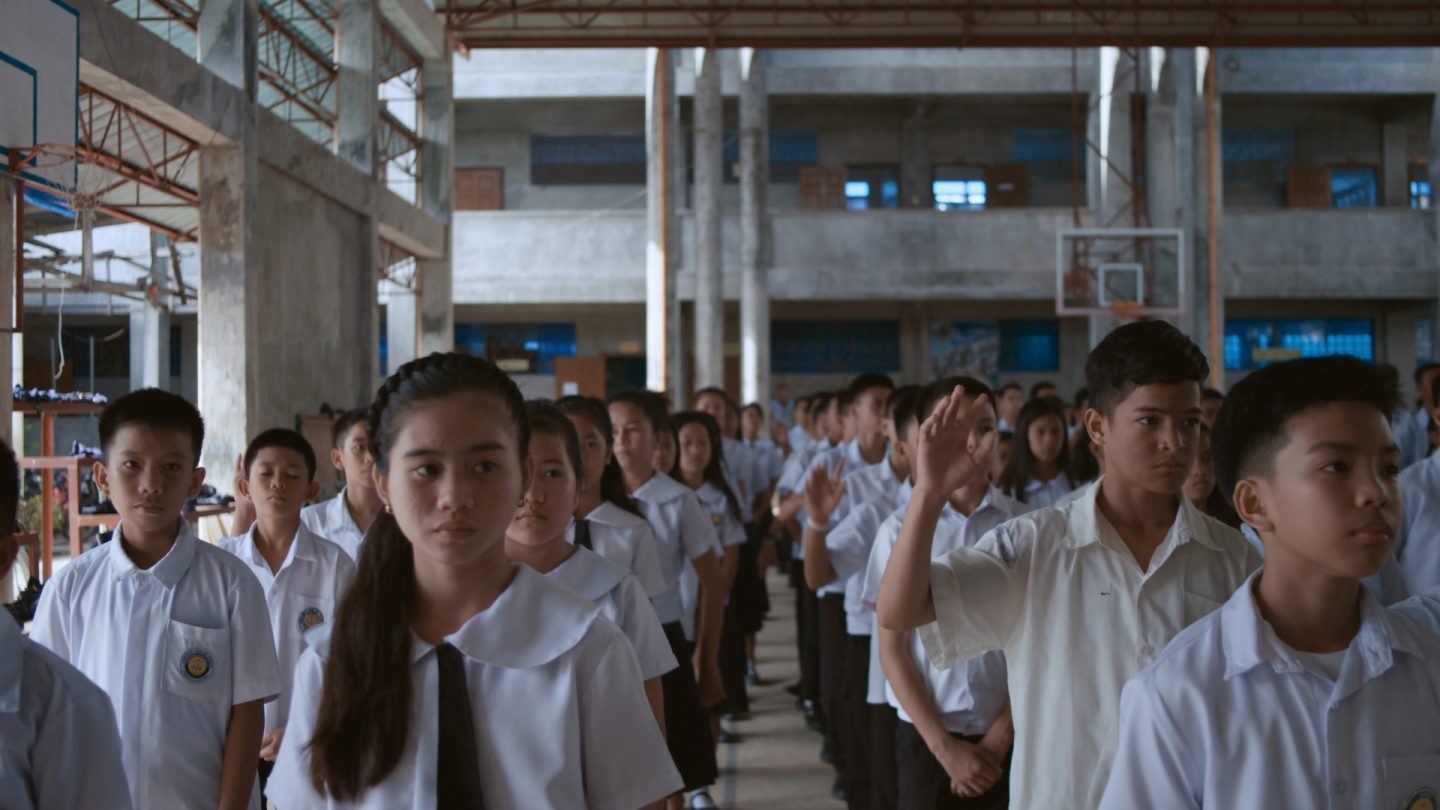 So I hired my friends, relatives, and even forced my mother to act. Some of them underwent an acting workshop for four days. They made the shoot fun for me. I was giggling the whole time. Even when I was already editing, I didn’t imagine my family and friends to act in a film that will be shown in cinemas. It was an unforgettable experience.

Also, for the lead role, it is my belief that all iconic coming-of-age films like 400 Blows, Kes, and even Moonlight, feature a first-time actor.

I hope everyone is ready because this film is going to be painful. It is inspired by true harrowing events and one way or another, some of the audience might have been involved in one of these incidents as spectators. It slaps us with the truth. It provokes us to do something. Cyberbullying is rapidly becoming an epidemic and I hope this film will push us to ponder and take some action.

Can you tell us more about your lead actor?

His name is Jansen Magpusao, a Grade 9 student. He’s 15 years old. His family lives in a mountain resort in Pandan, Antique called Malumpati Cold Spring. Literally, laking bundok siya. Aside from going to school, his everyday task is helping his mother cook some fish balls, then assisting his grandfather in making salbabidas out of interior tubes. Plus of course, Mobile Legends. He dreams of becoming a civil engineer one day. 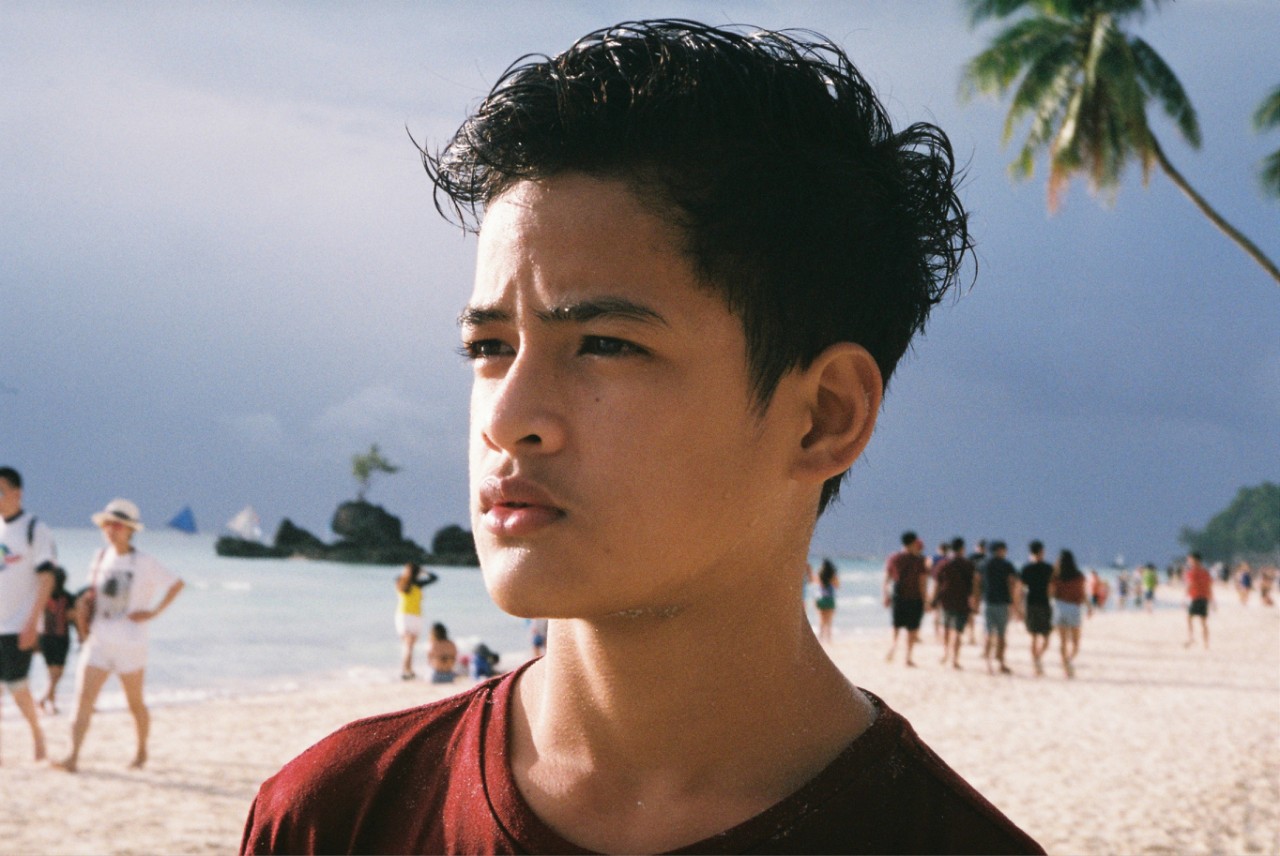 One of my cousins sent his picture to me and I was instantly intrigued by his eyes. They’re very expressive. Then I talked to him on the phone, I asked my staff to record him acting. He was very awkward.

But then after a few days of intense acting workshop by Zamboangena filmmaker Ryanne Murcia, he surprised everyone with his raw but affective acting during the shoot. When we presented the rough cut of the film to First Cut Post Production Lab, our international mentors called his performance “pitch-perfect.” 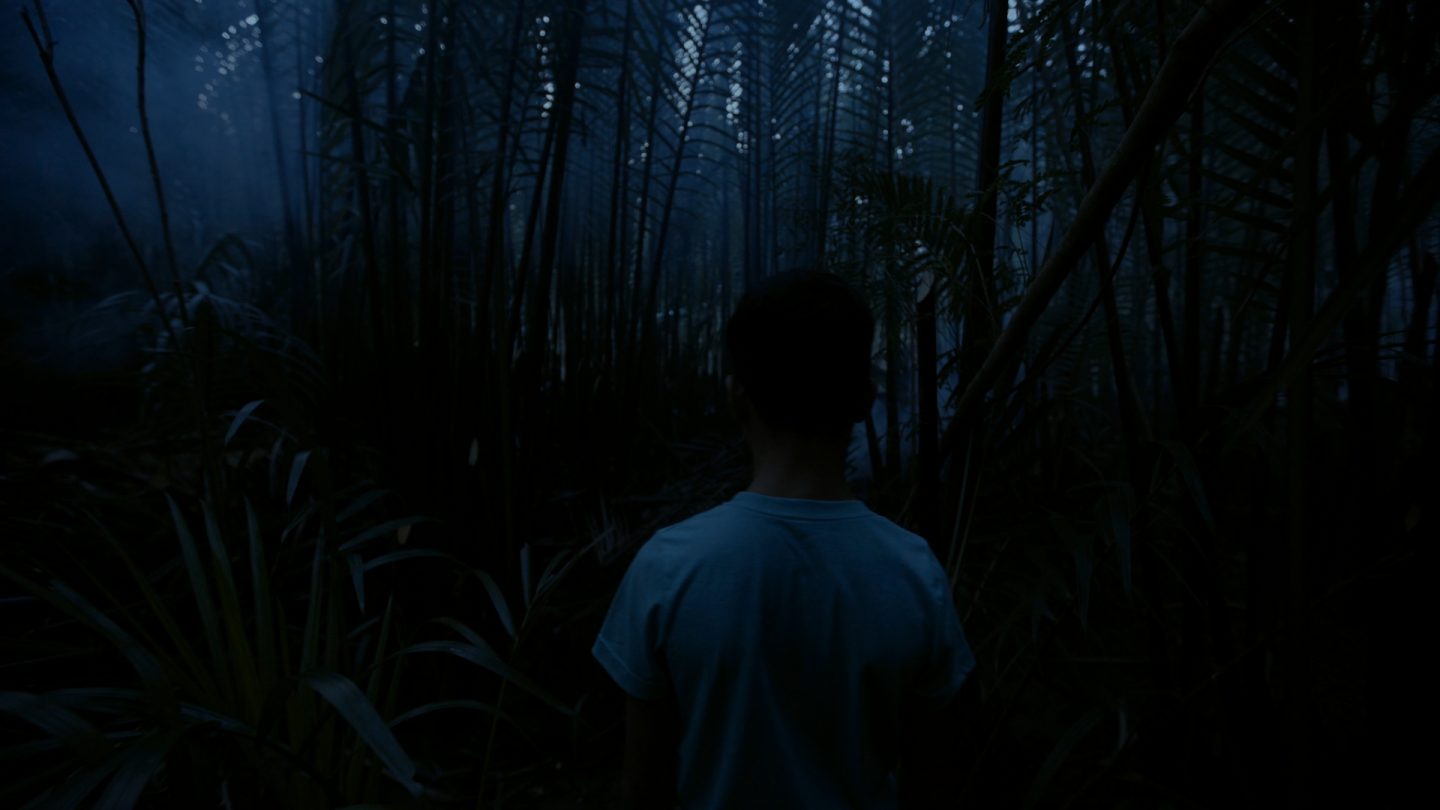 I hope the Cinemalaya audience will like him, too. It will be his first time to ride a plane, first time to go to Manila, and first time to watch a movie inside a movie house. This is going to be a memorable experience for him.

By the looks of the teaser, Jansen’s role will be quite a challenge. What were the things you wanted for the main character to exhibit before picking the actor?

All scenes in the film involved the lead actor and almost all required very specific emotions. He had to be particular with the escalation of his emotional journey. He had to be a thinking actor. All scenes required his analysis so he could perform the scenes properly. Thankfully, our lead star has this innate gift to perform and provide what is needed. Surprisingly, acting for him is very instinctive. We were so lucky to have discovered this boy. My team and I really think he will surprise everyone. 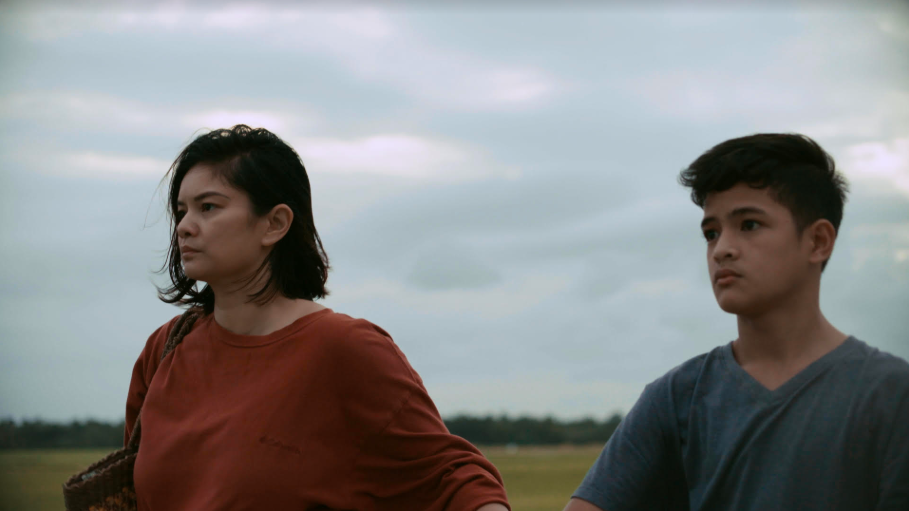 Would you want our world to warp back to the time when social media didn’t exist?

I don’t want to romanticize the pre-internet years and wish for us to go back to that time instead. Social media has become a necessity nowadays especially for Filipinos. I just want it to be regulated. It is easier said than done but we have to impose control over our intentions in using social media.

For you, what does responsible social media use mean?

Responsible social media use means understanding the repercussions before posting something on the internet. It requires us to pause and think before posting because once you post it online, it becomes everyone’s property no matter how personal it is.

Most of the time, posting online is triggered by the intensity of feelings, whatever emotion it is. Never post anything when your emotions are high. That’s my practical advice on how to become a responsible social media user.

Why do you think Cinemalaya goers should watch your film? 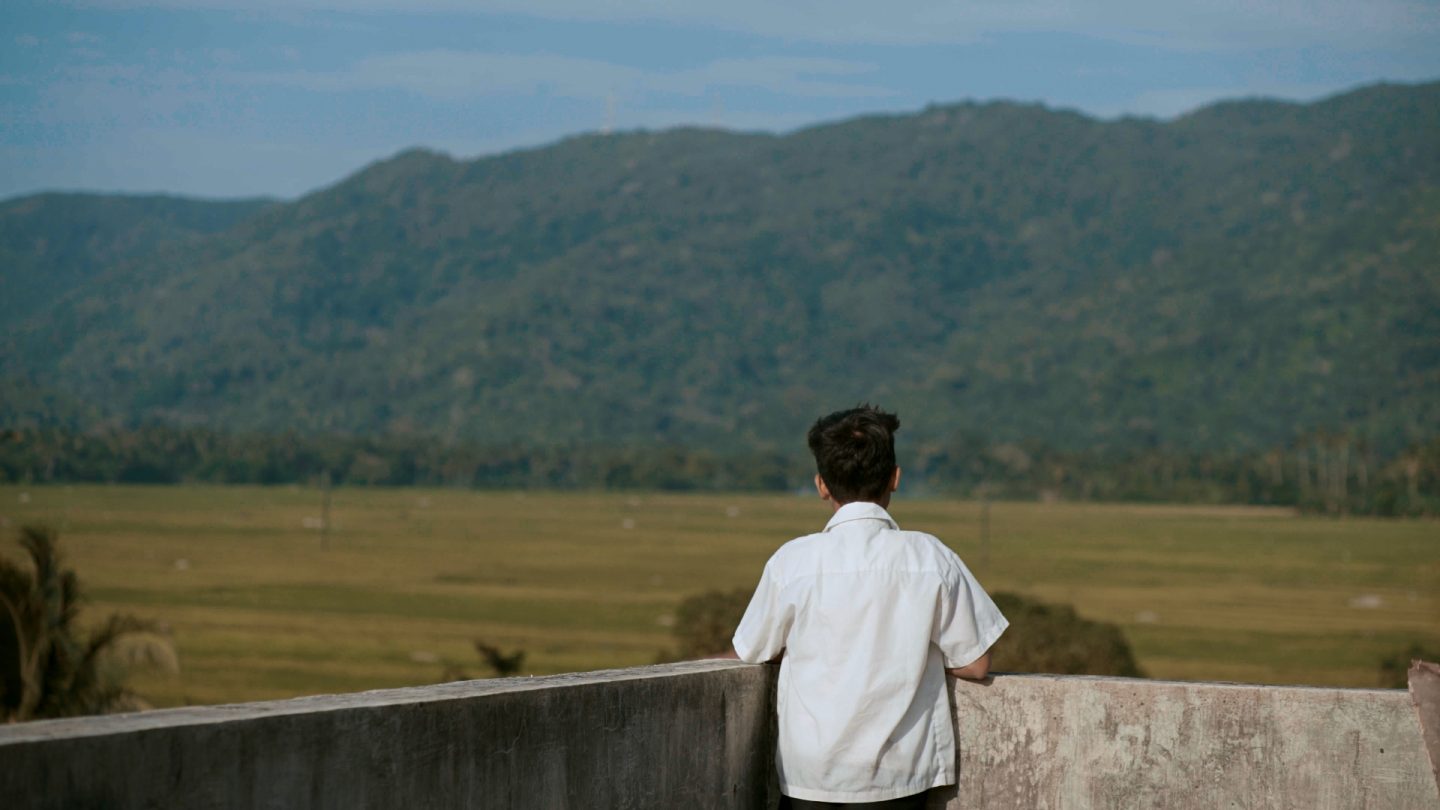 Because it’s about time for us to reflect on our behavior on social media. I encountered a good question from artist Ai Wei Wei. He says that in order for us to always be “woke,” we have to ask ourselves, “What does it mean to be human today?” How are we as human beings in this time and age of social media? This film will try to show that. I also hope that Cinemalaya goers will be interested to support a regional film done with a limited budget. This is sort of a community project.

As you well know by now (you’re reading this, which means you’re on...