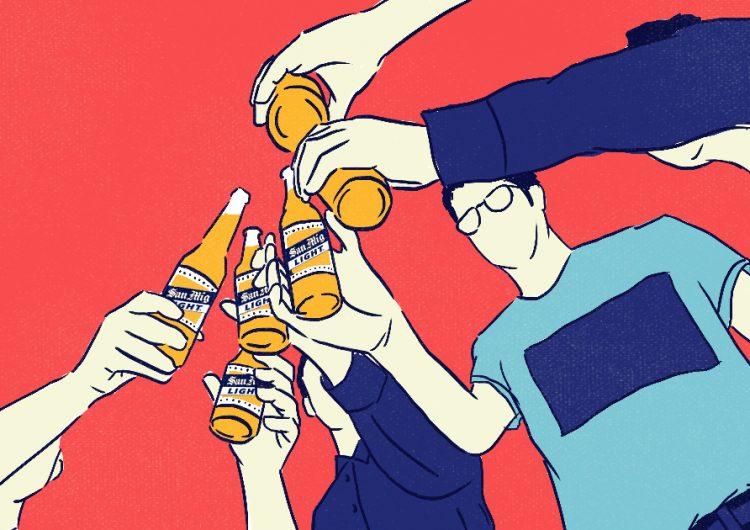 Reserve your TV marathon for the weekend. Go out with your friends on Friday nights

Friday has always been my favorite day of the week. In college, Friday used to be my free day at the university. That’s why nights out were scheduled on Thursday. Now, as a hardworking young professional (I’d like to think I am), I get to work in bed on Fridays—all thanks to the work-from-home policy of my company. If it were the other way around, I’d probably drag myself to work and just vent on Twitter about the infamous Friday traffic. Tbh, I’d rather chill in bed on a Friday night.

But on the first Friday of May, my colleagues and friends made me stay late in the office for a party that was supposed to last all night. Um, my sleep time on Fridays starts at 10 p.m. That “up all night” party ain’t going to happen. I was all set to leave work on the dot to escape the hideous traffic, when they told me Scout’s previous cover star Kiana Valenciano was performing. I sat down again. I need Kiana’s soulful voice to heal and touch my aching spirit. After all, I could bounce out right after her set.

We arrived at Uptown Parade quite early. Surprisingly, the traffic was pretty light that night. San Mig Light turned the pavement of the busy night out area into a lively strip with neon lights and a mini disco setup. You surely wouldn’t go past the setup without snapping a photo or two for the ‘Gram.

As if the setup wasn’t enough, San Mig Light started the night with a marching band. That gave me the much-needed Beychella vibe to kick off the night. Then, Kylie Verzosa appeared in a blue dress with matching blue wings to start the party. After the march, San Mig Light didn’t waste any moment and brought Kiana out.

I was so stoked when I saw her, so I looked for a way to get in front. And OMG, I felt my soul uplifted and my skin moisturized when she began singing. When she sang “Keep It Secret,” I really wanted to scream, “Yes, sis! I can keep it secret.”

I was already intent on leaving after her set, but here’s the thing about the party: Once it started, no one can resist staying for another bottle of San Mig Light and the overflowing conversations that come with. My friends and I decided to go around the participating bars to grab a beer and let the conversations flow like a raging river. We stayed by the balcony of Uptown Parade’s second floor to catch the rest of the performances, from Dante and Migo to the sets of DJ Cupcakes and DJ Tsubasa.

Fridays are great for sleeping in, but a Friday night out every now and then with friends, music, beer, and a never-ending discussion might just be the best way to cap off a busy week. So yeah, Friday is officially my favorite day of the week now.

Follow @sanmiglightph and don’t miss out on the latest promos and events.

How body positivity can objectify fat people like me

Body neutrality doesn’t demand me to love myself every day. TBH, I just...

Here at Scout, we’re definitely not fans of Nazis, but we are fans...