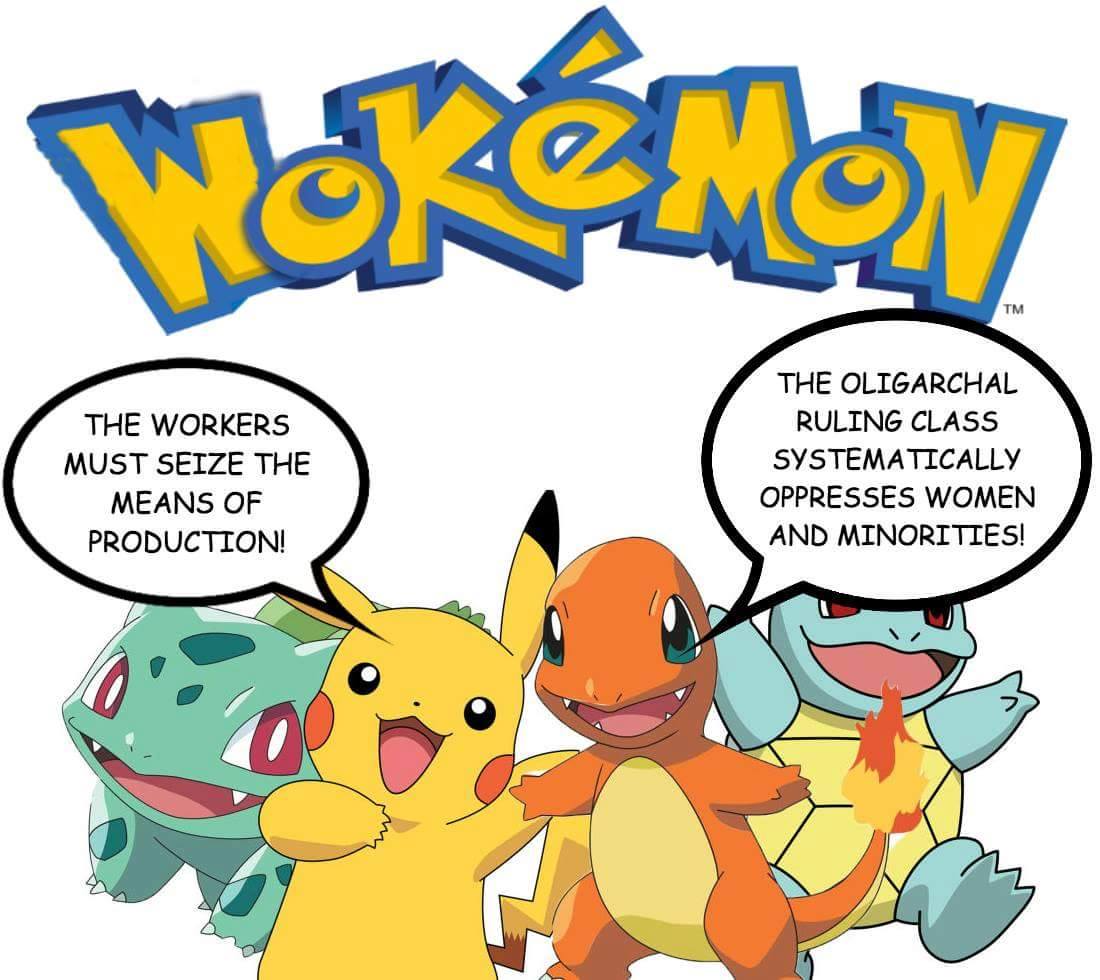 Wake up sheeple! Memes aren’t just for your amusement. They’re actually real powerful. They’re like small, bite-size ways of sharing what you think or what you’re feeling. They can be political in nature, and can be the main medium of movements such as Dutertism. In the millennial milieu, we use memes in an attempt to stay woke. Just look at the photo below:

A comment on the post goes: “I’m printing this out and giving this to my therapy clients. They may not believe me, but they may believe Lapras instead.” That’s powerful, not to mention dank. These posts come from Wokémon, a Facebook meme page that shares memes of Pokemon uttering powerful quotes, mostly from philosophers and political scientists.

Is it genius or terrible? We’d like to think it’s pretty dank. When other meme pages tackle other issues with a certain self-aware, look-at-me outlook, Wokémon doesn’t make that big of a deal that it’s a meme page. That is, I’d like to think it takes itself seriously.

We talked to the anonymous founder/owner/CEO of Wokémon in a Facebook conversation about a variety of objects. The answers are brief, but the page does respond, and goes straight to the point. He/She/They are probably making more memes as I type this out. Below are the edited excerpts:

First off, the basics: when and why was this page created? Did you make it on a whim or did you think about it for a while?
Well, you can look at the first post date for yourself to get the actual creation date. It was a few months ago, shortly after Pokemon Go came out.

Why did you make this page? How many of you are behind this?
I had been lightly involved in left-wing memes for a while, sharing them and making a few. There were a few memes I jumped on a little late, like “did their job anyway,” and “brought their own snacks.” I decided I’d watch the news for exploitable meme opportunities. Someone else made the first Wokémon memes, and I decided it was something I could really run with, so I made the page. There’s only one page admin, but there are several other regular contributors.

Is it fair to say you just jumped on the Pokemon Go trend, then? Or is Pokemon somehow connected to what you believe in?
The idea of using Pokémon for leftist propaganda is basically for the absurdism. Kind of like “Pictures of Kanye, Words of Noam” or “Inspirational Celebrity Quotes.” It’s mixing the serious and the trivial.

Based on the name of the page, do you use the word “woke” seriously or is it just part of the joke?
Well, it’s descriptive. It comes from African-American English, meaning “politically/ socially aware.”
So that part is serious.

What does it mean to truly be woke? To be woke AF?
Honestly? It’s seeing the fnords. Being able to read the news and see what’s not being said.

How are people receiving your posts so far?
There’s been a ton of positive responses. The best responses are people making their own Wokémon memes.
Lots of people can’t/won’t make their own, but will suggest quotes.

What are your favorite Wokémon memes, either by you or by other people?
I kind of like the Oddish/Murray Bookchin one. The MLK Loudred one is one of the best third party ones.

Is there any thought on how you pair Pokemon with quotes?
Yeah, I usually try to make them representative in some way, if only aesthetically.

Do you think memes are proper vehicles for the quotes that you give?
Absolutely. Memes are life.

What kind of impact do you want to impart to whoever reads your memes?
I want people’s minds to expand.

Do you think Pokemon Go is dead?
I have no idea. I think the fad may have passed, but its core player base will continue.

It’s a dark day for press freedom. Just a month after ABS-CBN’s shutdown,...

As the pandemic continues to plague our lives, businesses struggle to survive and...