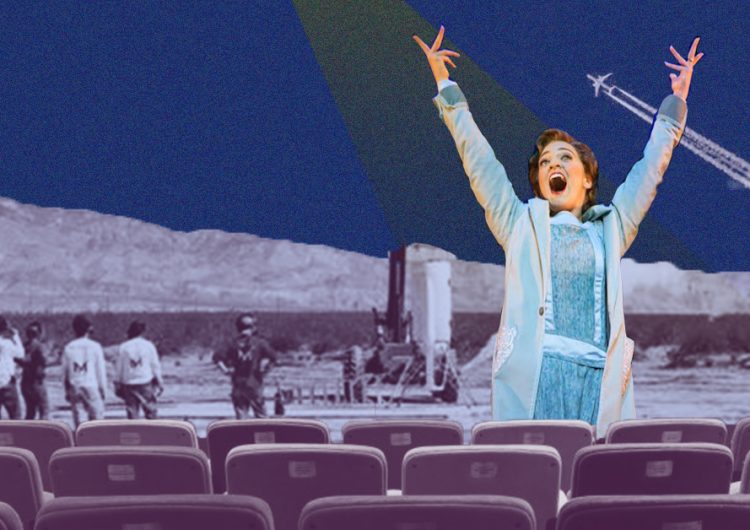 When I entered college, I told my friends I wouldn’t let myself graduate without achieving my dream of doing a big teary-eyed ballad where there’s just one spotlight on me in a musical play. That, and being on a poster of some sort. I think it probably came from some repressed High School Musical fantasy of mine. I’m also a Leo, in case you’re wondering.

Of course, it was also a joke at the time, since I was a big wuss when it came to auditions. I was already in my penultimate year of college, and hadn’t been in a single production. I knew I could do it, and I’d always wanted to do it, but I just didn’t want to risk rejection if I tried out. Luckily enough, a professor of mine believed in me (well that, and an actor backed out last minute) and assigned me a big role in a play. With no more excuses, I dove into what would become the best happenstance of my college career—doing theater.

It’s the entire process of culling stories from society and imagination, painstakingly creating a script that contains a world with fully realized persons moving within it, and bringing it to life through performances, music, set design, and lights.

I picked up a lot of life lessons in the process of falling in love with the art. When I say theater, it’s not just overreacting or doing jazz hands. It’s the entire process of culling stories from society and imagination, painstakingly creating a script that contains a world with fully realized persons moving within it, and bringing it to life through performances, music, set design, and lights.

With college theater, it’s about creating an experience not just for the audience, but for the student creatives and production staff as well. It’s hard to boil the experience down into a few paragraphs. But if there’s anything I’d like to share about my experiences, it’s the aspects of it that taught me how to be a better human.

Collaboration is the true heart of theater 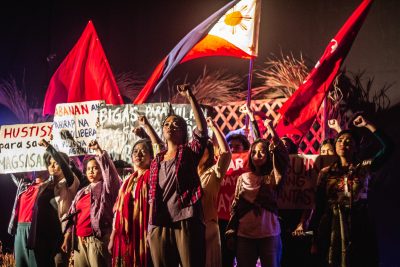 What many people forget when they sit in the audience pit is that for every two or three actors on stage, there’s 20 people moving behind the scenes. Theater is nothing without collaboration, and it’s a mentality that I’ve adopted to my lifestyle as well.

It means constantly thinking about other people, and learning to trust that everyone else has done their job.

Backstage work means coming in two hours earlier than everyone else to prep, and leaving two hours after the auditorium is emptied out to egress. It means making sure that every prop of every actor is secured and ready, and every wig and costume change is hung up and waiting in the dressing room. It means constantly thinking about other people, and learning to trust that everyone else has done their job.

Especially in college theater (and in one like ours where the administration offers very little support), you have to remember that it’s only you and your student co-workers who has each others’ backs. I used to mind everything by myself and get burned out in the process, because I couldn’t quite adapt to teamwork. With theater, I realized that being a lone wolf doesn’t have to be the only option.

Consent and correct representation is important 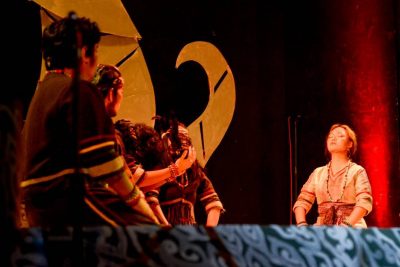 My first play was an advocacy narrative on land-grabbing and exploitation of indigenous tribes, patterned on the experiences of the Iraya Mangyans of Mindoro. The tribe in the story was fictional, but the political issues surrounding it certainly were not. Before we presented the show to the public, we did a private performance for the Mangyans, along with an open forum between our two parties to further understand each other’s experiences and objectives.

The experience also hammered into me the truth that creation of art “for art’s sake” is impossible—that every mural, every narrative has a stand it takes, consciously or not.

It was pretty surreal to hear that the terrible things our characters faced in make-believe is the actual plight of the people we were stood face to face with. The production became a social responsibility instead of just another performance. The experience also hammered into me the truth that creation of art “for art’s sake” is impossible—that every mural, every narrative has a stand it takes, consciously or not. As storytellers, representation should always be a two-way street. Theater taught me to listen to voices outside of my immediate reality, and consider the role of art in revolution.

Sticking to superstitions is sacred 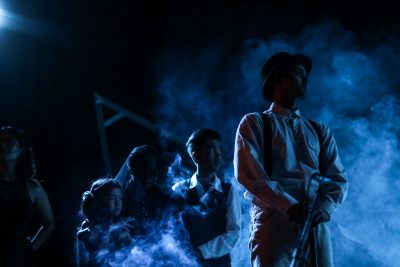 A 2017 UP Los Baños staging of Luigi Pirandello’s “Six Characters in Search of an Author,” adapted to Filipino.

Theater always held an enchantment with me just because of how holistic the practice was. It had communities, politics, and even traditions that I’d go so far as to call religious. I mean it when I say tradition is big in theater. Eating peanuts backstage? A mortal sin. Forgot to thank the stage after shows? Better say your prayers to the auditorium spirits.

Masses and prayers, I performed out of practice and years of non-secular education. Theater rituals, however, were particularly solemn to me.

At this point in life, I was a Catholic out of habit. Masses and prayers, I performed out of practice and years of non-secular education. Theater rituals, however, were particularly solemn to me. I wouldn’t dare perform onstage knowing that the alay, typically one boiled egg and a pastry of some sort, hadn’t been placed around the theater. It reintroduced me to the importance of rituals in community-building, and offering respect to humans (and entities) that walked the stage before us.

Sure it might sound like mumbo jumbo to an outsider, and yes, I admit it seems a little silly, but it’s a common ground built within the community founded on years and years of history. If anything, it taught me to respect practices and learn to appreciate culture as an amalgamation of countless past stories. 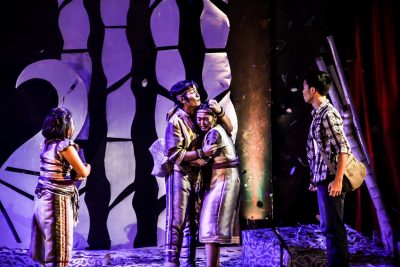 My friends used to call me heartless. I was never one to express emotions, only switching between happy, fine, and sad. That was it. I grew up in a family that I can only describe as stoic; silent dinner tables, staying in our own rooms all day, mumbling good byes in each other’s general direction when we left for school or work. There wasn’t much leeway for any form of intimacy, and in turn I grew up quite aloof.

It wasn’t until I entered theater that my emotional boundaries were ripped wide open, because to act, I had to actually feel.

It wasn’t until I entered theater that my emotional boundaries were ripped wide open, because to act, I had to actually feel. They were intense feelings, too: the death of a family member, the heartbreak of an estranged lover. Uncomfortable emotions—ones I spent my entire life purposely burying deep inside myself. I hated feeling vulnerable, but college theater gave me a safe space to explore fear and pain. Now I’m okay with feeling anger or disappointment. I’ve reached out to friends whenever I felt sad or lonely. I started to let myself feel, because I learned that vulnerability is all part and parcel of being human.

Of course, it wasn’t all roses and sunshine. I’ve had my fair share of crappy productions and terror directors. It’s the triumphs I choose to remember, the ones that carry over to who I am to this day. Theater will always be a deep love of mine, and I can only hope that the passion for the art in colleges and universities is still alive and well.

SHAREFilipino-American model Kelsey Merritt was euphoric as she tweeted some gigantic news last...

SHAREPride Month has just ended and I felt I missed another chance. No,...

After all, the clothes you wear can mean as much or as little...