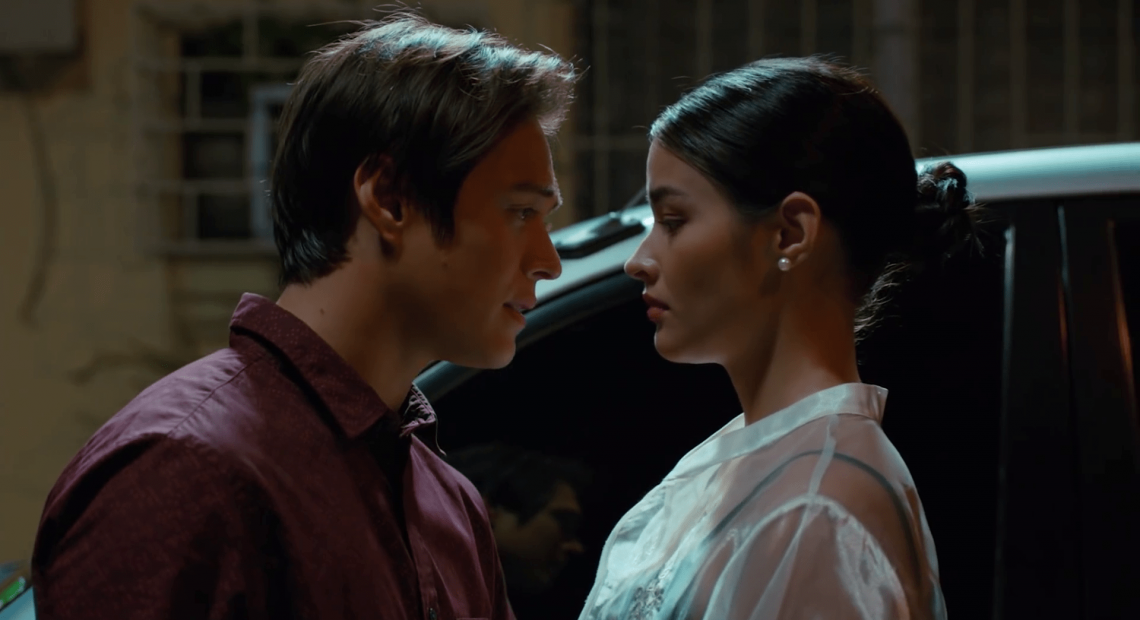 On the night Antoinette Jadaone’s Alone/Together featuring Liza Soberano and Enrique Gil opened, I found myself in discussion with my friends. It was the eve of Valentine’s Day, and there was no point to brave the pre-Valentine’s traffic as tickets were already sold out. So, my friends and I ended up talking about some serious matters.

“Do you still have dreams?” I began. One friend said she dreams of having her own property soon. To which another friend agreed. “Gusto ko na lang yumaman,” another friend chimed in. “Same,” I replied, giving emphasis to the long A. “But do you have dreams? ‘Yung gusto niyo maging pagtanda niyo?” And just like that, the room was filled with heavy silence.

The latter question was a difficult one.

It’s easy to think of our dreams in terms of ownership, because it’s easy to determine what we want to have. However, the question of dreams as in the one that asks you to “become” something belongs to our innocent childhood. “Hindi ko na kasi alam kung anong gusto ko,” one answered. I agreed. I think we all agreed. And if Liza Soberano’s Christine Lazaro was seated with us on that Wednesday night, she would have agreed, too. As she says in the film, “Hindi ko alam kung anong nangyari.”

LizQuen under a new light

Since Black Sheep first teased us about the film in January, I have been anticipating its release. Why? Primarily because of Liza’s pimple on her forehead. But really, the film promises something so real and sincere. As an individual who hasn’t particularly liked any LizQuen movie in the past, this might be the one I could fall so deeply in love with.

Here, Christine is a UP Diliman art studies major who dreams of becoming a museum archivist one day. Unlike the idealist Christine, Raf (Enrique Gil) is a determined yet somewhat complacent pre-medicine student from UST. They fall in love. Three years later, they separate ways. Christine struggles with her career, while Raf tries to find his way out of college. 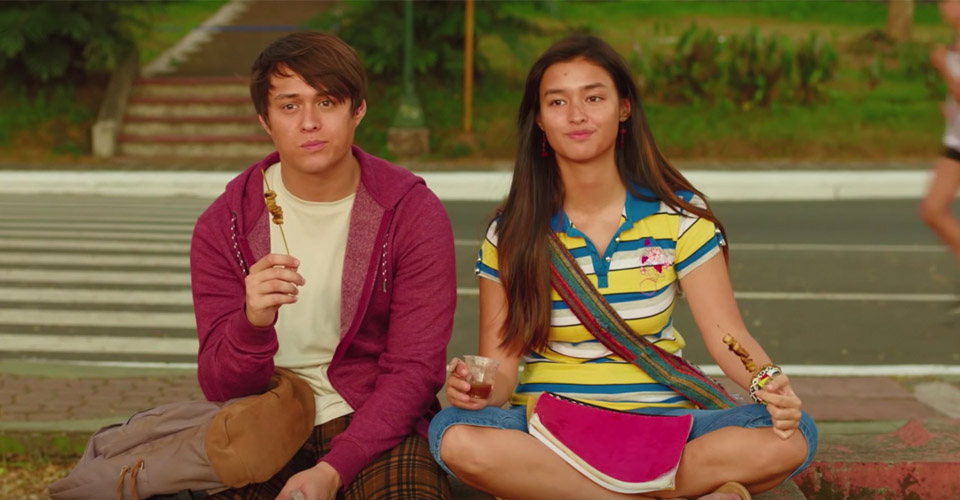 Five years since their breakup, we see Christine inside a car intently looking at the National Museum the way she looks at Juan Luna’s “Spoliarium” in the first shot of the film. She’s now in a relationship with her imposing boss Greg (Adrian Alandy), and her aspirations from five years ago has disappeared—I can’t forget that “poof!” when she told Raf how it has come to this point. Raf, on the other hand, is a Ten Outstanding Young Men awarded doctor who is in a relationship with Aly (Jasmine Curtis-Smith). They meet again still enamored with each other. In Raf’s attempt to win her back, he reminds Christine of “who she should be.” 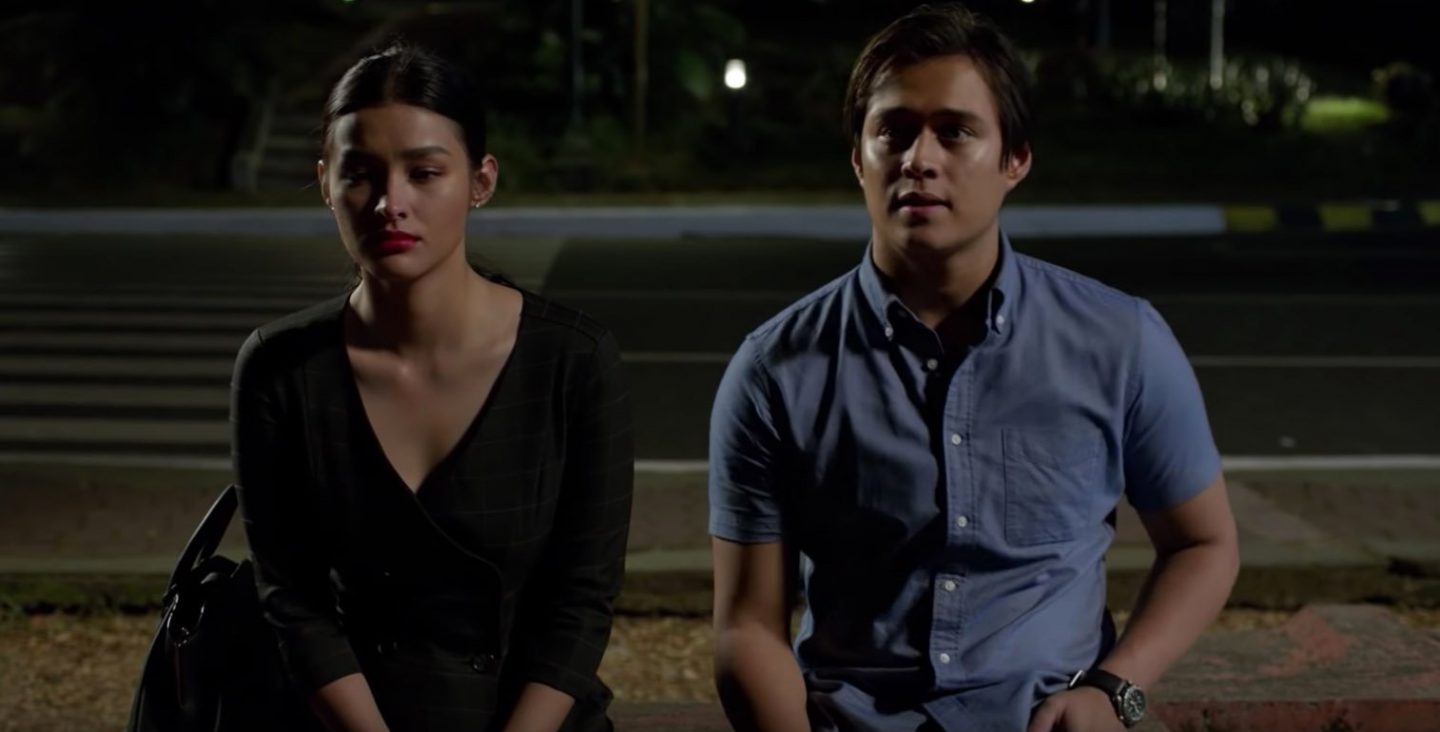 When you place a love team like LizQuen in a movie, it’s easy to expect the usual: A love story that relies on the chemistry of the two. Alone/Together abandons that. After all, like John Lloyd Cruz and Bea Alonzo’s One More Chance, Kathniel’s The Hows of Us and JaDine’s Never Not Love You, this is LizQuen’s maturation film and Antoinette Jadaone is at the helm of it.

As much as I don’t want to think of movies in terms of the actors in it, Alone/Together is actually more of a Liza Soberano film than a LizQuen movie. That’s because the material requires her to carry much of the film’s weight. And Liza delivers a genuinely affecting and credible performance.

The curse of adulthood

Ultimately, “Alone/Together” is a film about you and me and the dreamers we once were.

The film starts with Christine touring a group of high school students at the National Museum. She introduces Juan Luna’s “Spoliarium” with a spiel on how the past shapes the present. The past “is the very substance of our own history,” she says. “No matter how tragic our history is, we must never forget.” It’s a reminder Christine herself forgot when we meet her present self.

At the start, Christine is the idealistic 20-year-old student who wants to change the world. She has it all figured out: She’ll work in a non-profit organization that helps young artists, volunteer at museums on weekends, apply for a prestigious scholarship, work as a museum archivist abroad, and eventually go back to the Philippines to help the country. But at 27 years old, her once vibrant dreams have faded and she has settled for the life she doesn’t exactly want. “I wasn’t meant to be that great person,” she tells Raf. 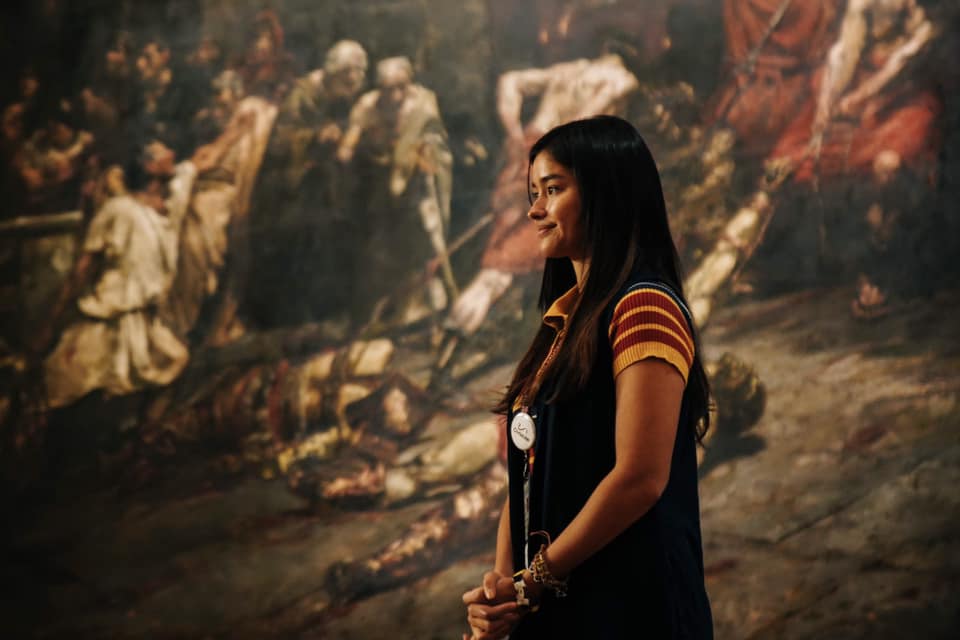 But she wants to be that great person. This is evident when Christine first encounters a Van Gogh painting for the first time. The camera takes the perspective of the painting and shows Christine’s face as if the painting is intently adoring her back. Although she has admitted many times that her life no longer belongs to the dreams she had, an infectious smile returns to her face and tears well up in her eyes. This is the first time we’re seeing her cry not because of agony about her wasted youth but because of pure bliss. This encounter in New York isn’t a reunion with Raf but with her 21-year-old self. What follows, however, is Christine’s painful acceptance of a dead end, of defeat. We have to grow up for others, she says.

But in growing up, we try to forget the bleak instances until we forget every little magnificent moment.

When she returns, Christine, with wide, bright eyes and a face full of glee, tells Greg about her experience in New York. Greg doesn’t show any interest and interrupts her like a Spotify ad. Here, she finally musters a little courage to admit what she really wants. Greg tells her it might be the worst decision of her life, but he eventually offers help through his connections. In a phone call with a friend in the art scene, he refers to Christine as a child who doesn’t know what she wants yet.

While Greg has called her a child, he also tells her to stop acting like a child. It’s the eternal confusion of what to make out of adulthood among young adults. “I am a child, Greg,” Christine says. “But why do I feel so old. Hindi ko na kilala ang sarili ko. I should be dreaming, conquering the world.”

Deep inside, I want to scream “same” or “me also.” This is a concern among young people like us. In a New York Times article title “What Is It About 20-Somethings?,” the writer Robin Marantz Hernig tries to unpack what it means to be an adult and how someone becomes an adult. The author explores the work of psychology professor Jeffrey Jensen Arnett who calls the transition period to adulthood as “emerging adulthood.” During this period, he says that young individuals aren’t certain about their future but are optimistic. “They have not yet tempered their ideal­istic visions of what awaits. ‘The dreary, dead-end jobs, the bitter divorces, the disappointing and disrespectful children . . . none of them imagine that this is what the future holds for them,’” the author writes and quotes Arnett. This is perhaps why researchers also suggest that adolescence extends until 24 years old. 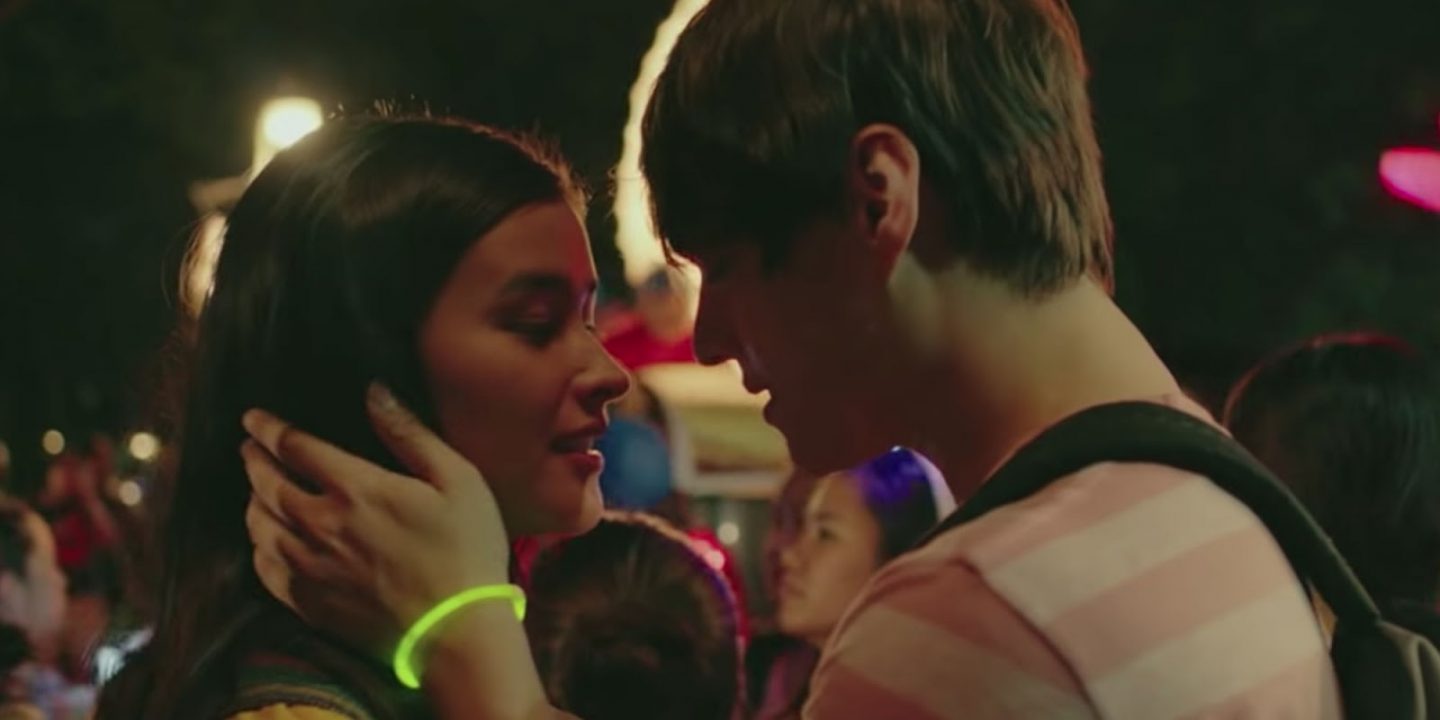 It’s a weird time where you’re not exactly young or old enough, but like Christine, we inevitably feel old as if our youth belongs to a very distant past. We talk of dreams as “what ifs” like we are too old. We no longer talk of dreams and we lost the drive to go after them. Reality has bitten us so hard, and work is just a mere machine for us to get by—and sometimes indulge in luxuries like dinner at Toyo Eatery, a vacation in Japan, or a bottle of Estée Lauder Advanced Night Repair.

“You will forget about your ultimate dream when Real World crushes it right before your eyes.”

Antoinette has explored this loss of drive to pursue dreams—is it fair to call it the death of dreams?—in an open letter published in 2015. “You will forget about your ultimate dream when Real World crushes it right before your eyes,” she wrote. “The best time to change the world? It’s right after college, when you are so f**king sure you can. Then you will become 26. Then 28. Then 30… and you will just forget about the world you badly wanted to change before.”

At Christine’s age, I don’t really know if it’s dangerous to tell her to live the life she has always wanted, to pursue her dreams. Passion, you know, has its own dangers. But I feel like she has also become too afraid and too complacent to go out of her comfort zone.

Christine has Greg to figure out what her life should be, but she has also lost sense of herself. And in life, we also have our Gregs. Greg might be another person in your life, but sometimes we are our own Greg. We limit ourselves and settle for something under our full potential.

“You can always make your own dreams.”

“I am a child, Greg,” I tell my friends jokingly. But I am a child. We are children. There is something confusing about being in our 20s. Is life short? Or is it long? Am I still young? Am I that old? Youth is fleeting. It happens fast, but it’s only gone when we say it is. And when we’ve accepted that as a fact, we become old. Hopefully, we’ll all find someone like Sir Alwyn (Nonie Buencamino). “You can always make your own dreams,” he says.

Now that I’ve mentioned Nonie’s character, I can’t help but remember Dagitab where he played the role of a UP professor, too. In one scene he tells the character of Eula Valdez, “Maybe we’re the failures. Maybe we failed because we dropped out of life.” They are already in their 40s in the film. By the definition, they are full-grown adults and they have every right to assess their lives and their lost opportunities like that. But the young ones likes us, although we fail, shouldn’t look at our failures with finality.

Maybe dreams don’t die. Maybe they just change because we realize that the ones we made when we were younger were too big for our smallness. We realize that life is not always about us. But we can always dream even if we know the grim reality of life. If anything, Alone/Together tells us to embrace our passing youth along with the uncertainties and courage that come with it. As Raf says, don’t think of who you were, think of who you should be. So, please, please let yourself be young. And most of all, we must never forget the hopeful people we once were. As Armi sings in “Kapit,” sulitin natin ang panahon na tayo’y mga bata pa.

Thank you for reminding us that we are still young. Thank you, thank you.

When people are always chasing after the next big trend, staying true to...

Queer cinema and tragedy, unfortunately, go hand in hand. That’s why films like...