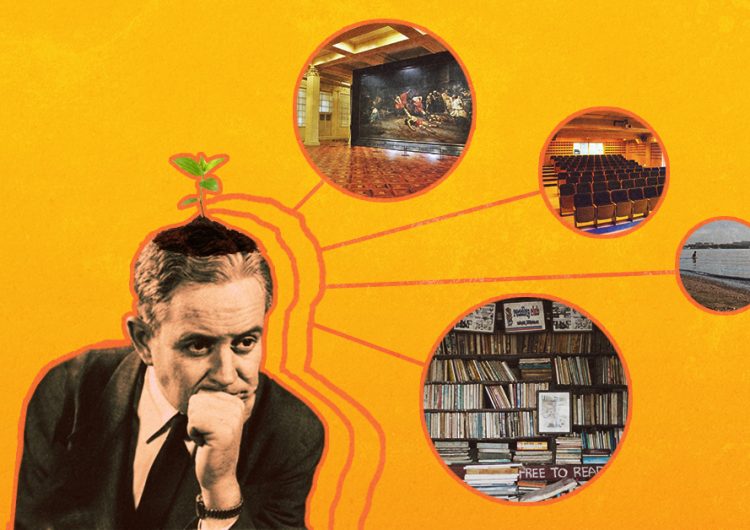 When I think of Metro Manila, the first thing that comes to my mind is the color gray. Concrete seems to be present everywhere the light touches here, with smoke-belching cars spewing gas that looks nearly black, while everyone is rushing from one skyscraper to the next. Even the aura of most people seems gray, like everyone has a list of pressing matters on their mind 24/7. It feels like there’s not much space to breathe.

This leads me to wonder, then: where do city folk go when they actually want a quiet, unadulterated (read: free of charge) break? A quick Google search will show that green public spaces are typically in high-class communities, ones that are mostly accessible to the upper class only. Great that these are present, sure, but in the NCR where class inequality has risen almost 300 percent and there are around 5 million informal settler families, it doesn’t really do much service to most people that are here. Can we then still consider those parks as a public space? Considering the class divide, there would then only be a handful of parks like Luneta or Paco Park that one could truly consider as a public space—definitely not enough for the area’s population of almost 13 million.

The government is the authority that signs off on all of these structures, and the pattern that urban planning only equates to profit-centric ventures is evident. Where is the democracy in that?

The government seems to ignore the fact that public spaces are either inaccessible or extremely subpar to what the people need. Instead of a new park, we get two new condo buildings. Instead of improving outdated libraries, we get more malls. The government is the authority that signs off on all of these structures, and the pattern that urban planning only equates to profit-centric ventures is evident. Where is the democracy in that? Malls in Metro Manila, according to this paper from the Transnational Institute, have become a “privatized public space.” The message then becomes clear: if we want to relax, we’d have to pay for an overpriced latte in a mall to do it.

Malls in Metro Manila, according to this paper from the Transnational Institute, have become a “privatized public space.” The message then becomes clear: if we want to relax, we’d have to pay for an overpriced latte in a mall to do it.

The city landscape speaks for itself. This lack of public space is far from the ideal, and tells us just how corrupted the urban planning here is. I personally don’t want to continue either suffering from our urban condition or shelling out more of my hard earned money just to catch a break, so here’s a list of places you can hang out in for free.

Located in the outskirts of the Makati CBD is a little nook that capitalism has miraculously not touched in this city. Reading Club 2000 in Barangay La Paz is a free-for-all library that’s open any day at any time. It’s better than a library actually, because instead of borrowing, you can keep the books. You can also pay it forward and donate some books if you want. Either way, it’s a great place to hunt for knowledge or relax and wind down with a book at your leisure.

Cinematheque is a Film Development Council of the Philippines project that serves as an alternative film house for Filipino flicks you don’t often see in mall cinemas. They usually host screenings at P100-P150 per ticket, but keep your eyes peeled on their social media for free screenings they frequently hold. Alternative cultural institutions are also dwindling against the rise of commercial art, so support your local cinematheque and soak up the culture.

Photo from Alex Tigno via Inquirer.net

The country bore witness to Manila Bay’s “rebirth” the past month, and photos have been circulating online boasting the Baywalk’s now-visible shore. Keep in mind that these pictures are only a small part of its 190-kilometer coastline and 180,000-hectare surface area of the water, most of which is still extremely polluted. With the P50 B budget that the project was granted, motivations behind the project can come into question. Was this only done for brownie points with the investors? At this point, who knows. What I do know is we should keep an eye on the progress of the project while we enjoy the shore. Oh, and let’s also pick up our picnic trash when we visit, please.

National Library of the Philippines

Photo by Marianne Bermudez via Inquirer.net

The National Library is one of the better public libraries we have in the metro. The building has over 200,000 books and 800,000 manuscripts for you to peruse. It’s an inclusive space as well, with there being a section for the blind. The best part is probably that it’s a quiet space in the middle of Manila, which is a rarity in itself. All you need to do is bring a valid ID and you’re in.

Using public transportation in the metro feels like a war every single time, and is a source of regular headaches for the daily commuter. Paying a visit to Ocean Sky Chan Monastery might help give us some much-needed zen with their meditation classes, all of which they offer absolutely free. They offer classes by level of experience, and TBH, this is the only class divide I prefer.

Parasite continues to make headlines and for good reason: The film is currently...

After the blood-curdling terror brought by “Get Out” and “Us,” our king of...