In an article written before 2018 ended, “Teen Vogue” hailed some form of mineral crystal as the best natural deodorant. The author described the crystal as a stone normally placed at the altar. With mineral salt as its sole ingredient, the crystal deodorant should be wet when swiped 20 times on each underarm. Doesn’t that remind you of tawas? Because it is, in fact, tawas. Yes, the trusty deodorant in Filipino and other Asian households. And as Twitter users point out, it looks like Westerners are amazed by Asian stuff yet again.

This Deodorant Comes in Crystal Form — and It Actually Works https://t.co/4vsYRM25P1 pic.twitter.com/aVOsPWKbFq

Tawas or alum, as the brand Crystal describes, is a natural ingredient prized for its antibacterial properties—this is probably why my mom made us apply this on canker sores or singaw. Unlike chemical-laden antiperspirants, tawas doesn’t stop us from sweating but at least, it keeps us smelling fresh all day. Sweating is a natural way of flushing bad stuff out of the body, after all.

Tawas is the first deodorant I used back when puberty hit me hard with body odor. Unlike what “Teen Vogue” wrote, the tawas I remember was used in its powder form. We would normally get it in crystal form and my mom would ask me to pound it with a mortar and pestle until pulverized. Then, using a pinch or two, it’s applied on the armpits right after taking a bath. It’s important to apply it on wet underarms as the moisture helps the tawas stick to the skin.

Tawas, at least the powdered form, tends to make the wearer uncomfortable. When applied on the skin, a huge amount may fall off easily instead of sticking to the pits. Then, in the first few hours, we may feel roughness on our underarms.

As the article suggested, more and more individuals have been switching (or returning) to natural deodorants including alum because of the possible aluminum toxicity. Aluminum has the tendency to clog pores and pose potential health threats to the body.

Hold on, doesn’t alum contain aluminum as well? It does, but it’s not dangerous like the synthetic aluminum chloride. As studies also suggest, there is not enough evidence that proves the link between health issues like cancer and antiperspirants. Still, it’s better to allow the sweat glands to perform their natural function, which is to release sweat.

If you’ve decided to switch to an all-natural deodorant, here are some brands for your consideration. 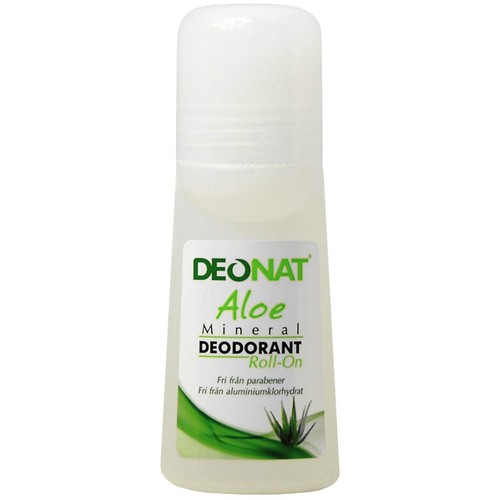 Tawas has really worked for me, but I don’t know why I stopped using it. After years of using usual antiperspirants, a trip to a nearby drugstore led me to a brand that uses alum in a roll-on deodorant formula. There are numerous variants available enriched with natural ingredients like mulberry extract, aloe vera and even turmeric. This is what I personally use, and it does a good job at deodorizing my pits. It’s also available in mineral stick but I highly prefer this for convenience.

Deodorant Cream, one of the products in my eco line that I’ll launch this Feb. 17-18 at @greenpeaceph’s Green Fair. If you haven’t heard already, Rainbow Warrior is now in the Philippines!! Excited pants on (or shall I say pits?)!! ?????? . This is something I’ve been working on as I really need a deodorant that isn’t laden with chemicals, packaged in plastic, and irritates ma sensitive pits. ?? (emoji of the day) . Every day we slather product under our arms, an area where many lymph nodes lie close to the surface of the skin. And even though they can effectively block sweat, many conventional deos/antiperspirants are loaded with questionable and potentially harmful chemicals such as aluminum, a known neurotoxin that has been linked to a number of health issues, most notably breast cancer. Aluminum clogs your pores and prevents you from perspiring. But hello, you are supposed to sweat and need to for your health. It’s our body’s way of regulating temperature and releasing toxins, two very crucial jobs. Keep all that sweat plugged in and you’re not allowing your body to cool down properly and that may actually worsen your perspiration. . Be kind to yourself and use all-natural deodorants that don’t plug yo sweat ducts! My Deodorant Cream is made with skin-loving vegan ingredients such as local organic cocoa butter and essential oils like Frankincense, which is anti-inflammatory, antibacterial, anti-fungal, while being very gentle (really loving this blend for me armpits!). I’ve also made do without coconut oil and baking soda (two major ingredients many all-natural deos in the market have) as coconut oil stains clothes and baking soda can be irritating to the skin. . My Deodorant Cream is packaged in re-purposed jars (baby food jars hehe!) and, along with the rest of my eco skincare, is refillable. ♻️ . ? 0% Plastic, Chemicals, Parabens, Phthalates, Palm Oil, Synthetic Fragrance, Artificial Colors . ? 100% Vegan, Biodegradable, Cruelty Free . ? Green skincare powered by plants, inspired by the elements. . . . #deodorant #cream #vegan #green #organic #allnatural #skincare #plasticfree #repurposed #eco #Greenpeace #RainbowWarriorTour2018 #ClimateJustice

Although I’ve been using a natural deodorant for years, I’m still on the lookout for a product that will also help me reduce my waste. Daniela Calumba offers a sincere eco-conscious line of products including a deodorant cream. This claims to not clog sweat ducts unlike the ones made with aluminum. It’s made with cocoa butter, which moisturizes the skin, and essential oils including frankincense, which has antibacterial, anti-fungal and anti-inflammatory properties (great even for freshly shaved or waxed armpits). Daniela also skips coconut oil, which stains clothes, and the skin-irritating baking soda.

It can be a little hard to scrape off the cream with the fingers, so I prefer to use a tiny spoon. Then, I warm the cream between my fingers before I massage it on my underarms until evenly applied. It wears like a luscious body butter with a sweet scent of cocoa butter. 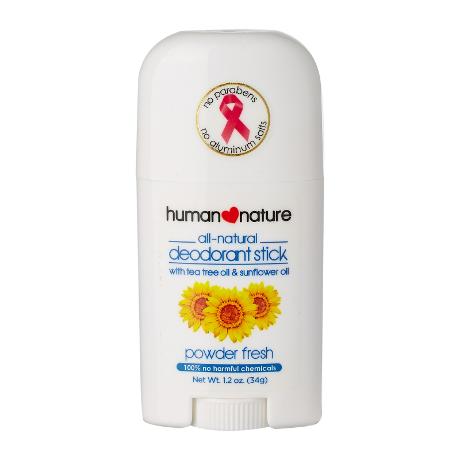 Human Nature also completely skips alum in its formulation. Instead, the brand concocts its deodorants with a blend of natural ingredients including coconut oil and sunflower oil along with plant-derived ingredients. It’s good, but I’m not particularly fond of the scent. 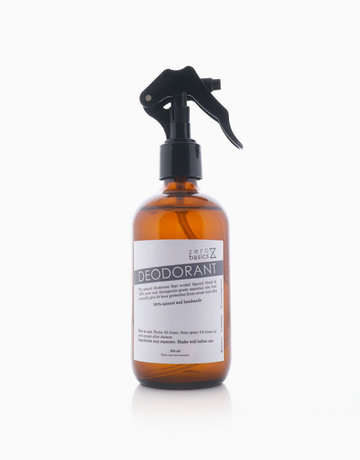 If you’re concerned about ease of use, Zero Basics offers a natural deodorant in spray bottles. The primary ingredient of this deodorant spray is a blend of essential oils that promises 24-hour protection. The brand specifies that the user must shake the bottle 10 times before spraying it four to six times on each underarm. It’s also easy to refill the bottles: You can either buy it in a liter bottle and refill yourself or visit them at Good Food Sundays or The Vegan Grocer for refills. 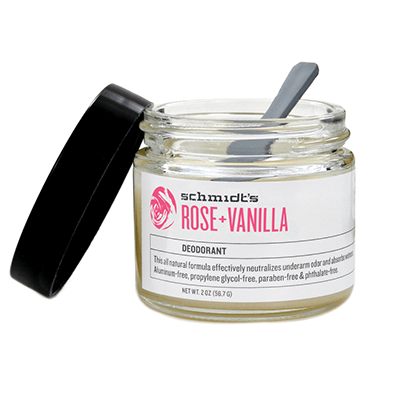 SHAREThere are recent reports that a tiger from Bronx Zoo in New York...

SHAREBy Cedric S. Reyes As a narrow-shouldered kid trying to avoid trouble in...