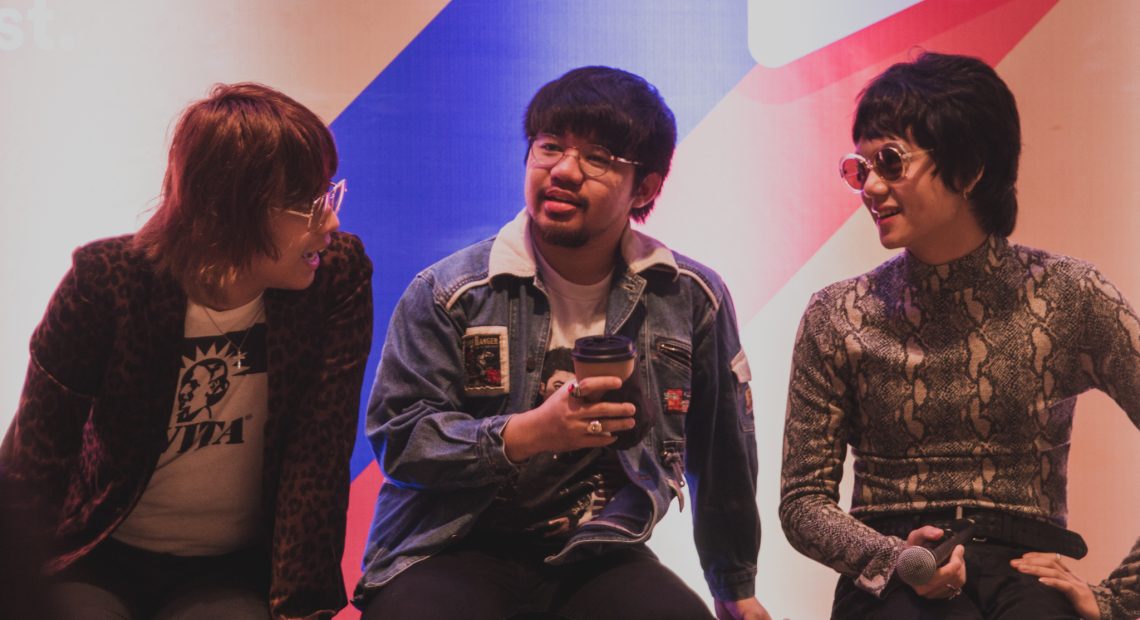 What do you ask musicians if you want to know their craft better? Last Thursday, Jan. 31, we sat down and hung out with some of the this generation’s favorite songwriters at Shangri-La at The Fort: IV of Spades, Juan Karlos, Ben&Ben, and Silent Sanctuary. With knowing more of our acts and how their minds work at writing songs, much more about love, come dissecting their favorites, influences, and overall growth in the craft.

IV of Spades is big on creativity, and we just can’t help but wonder about the acts that empower them further. There’s Blaster’s love for the groundbreakers of Filipino music like the Eraserheads, Apo Hiking Society, and VST & Company. Badjao listens to soul-fluctuating Rivermaya, UDD, and Fern. Zild, on the other hand, convinces everyone to never forget the ballad makers, like Basil Valdez and Ryan Cayabyab. Despite the slightly different sounds that surround them, they cheer for who they think are underrated in the scene: St. Wolf, Nathan & Mercury, and One Click Straight. 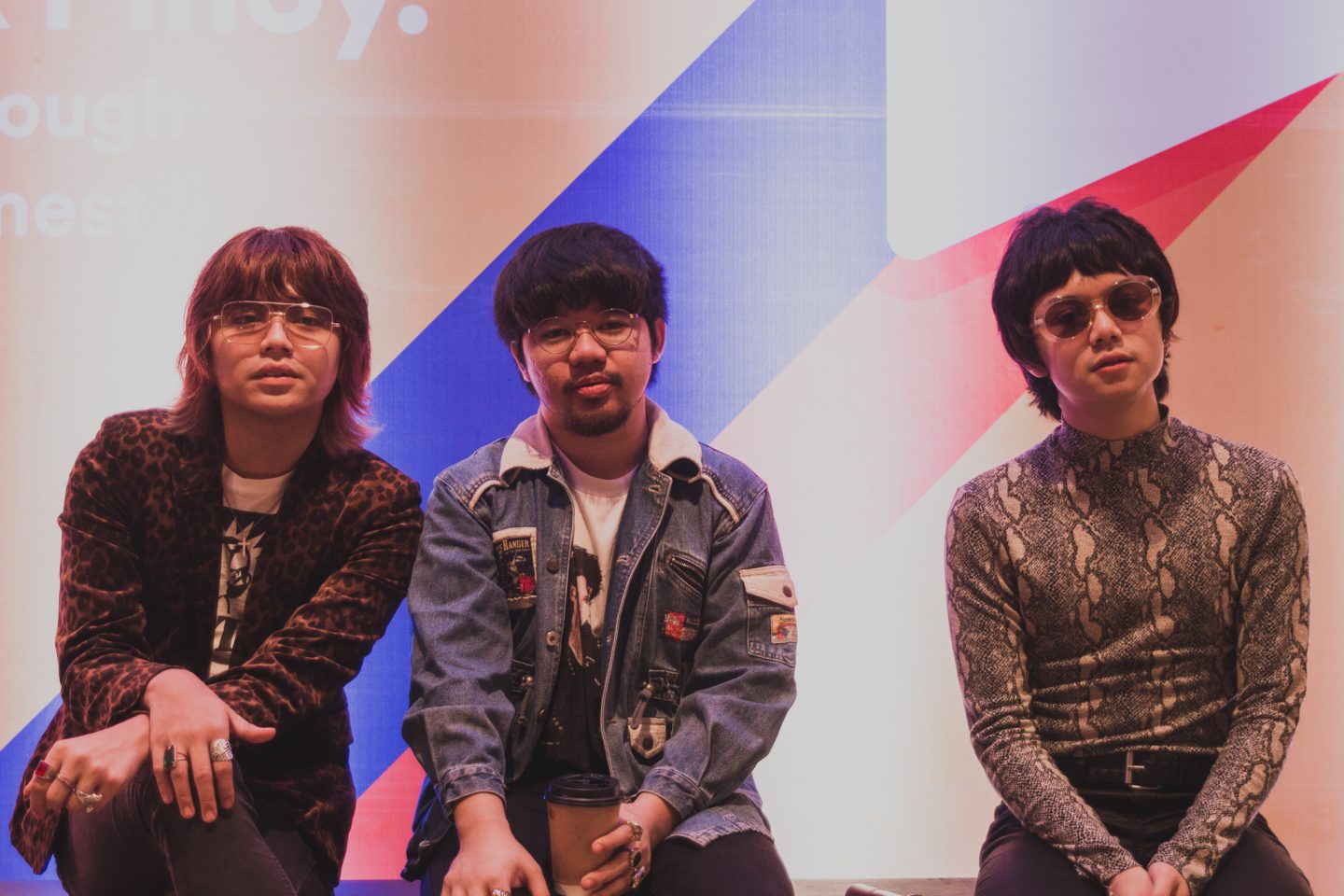 On what makes a good Filipino love song: Honesty, good melody, good lyrics, and its relatability.

On the Filipino love songs that make them cry the most: “You” by Basil Valdez and “Anino” by UDD.

We’d like to think we’ve known Juan Karlos for years, but he reminds us of what we might be failing to remember at this point: They are a band. The lovesick-dreamy hit “Buwan” became a hit because of a team. This acknowledgement is vital in the local music scene. As his band members describe it, it’s the responsibility of the listeners to make our own music great. 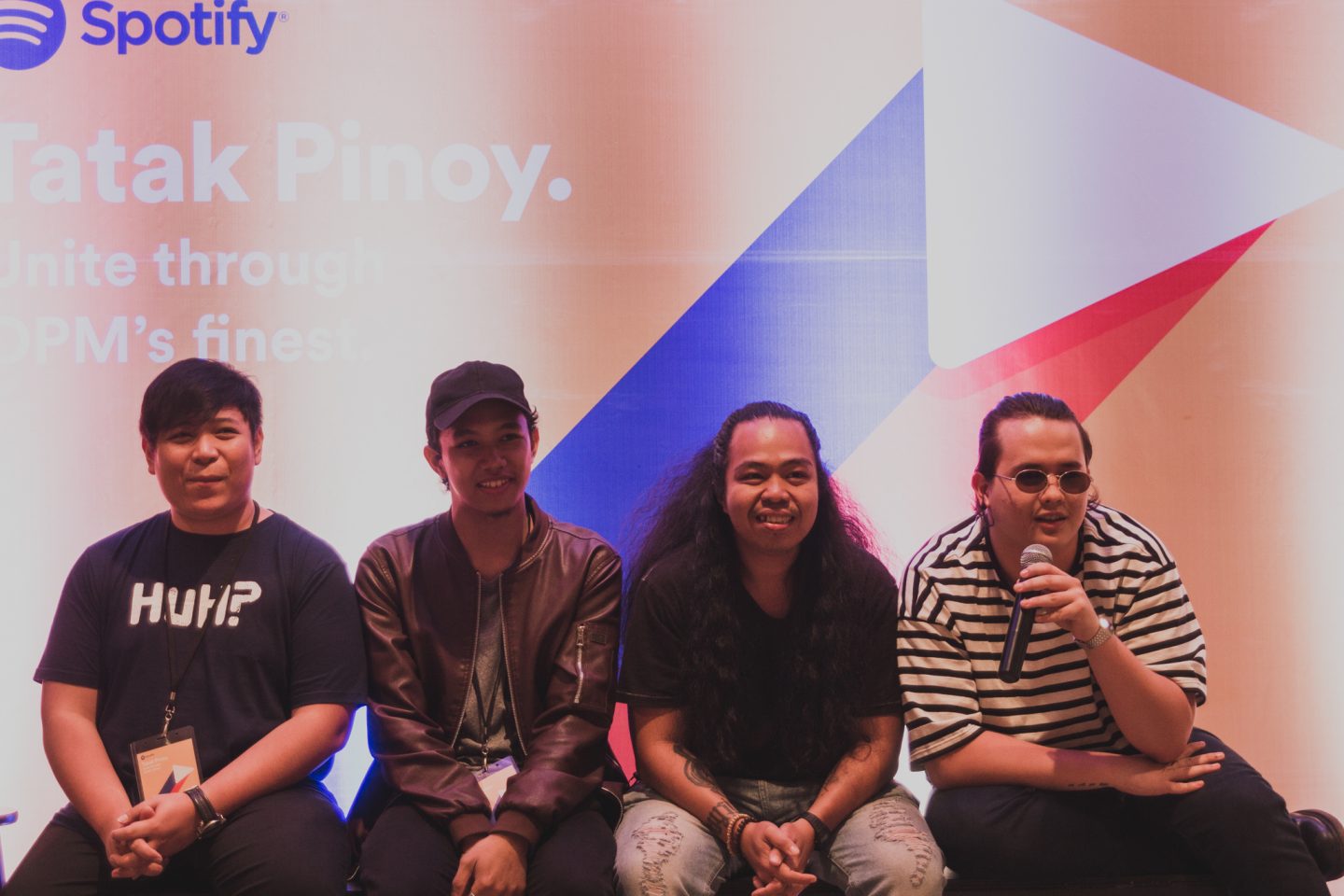 On the Filipino love song that defined his perception of love: For me, no song. It was basically through people around me. Through the environment, not song. Hindi ko masasabi na naintindihan ko ‘yung pag-ibig dahil narinig ko ‘tong kantang ‘to. ‘Yung naiambag ng isang kanta sa perception ko sa pag-ibig is the nostalgia that it gives. When you’re with someone you love, even if you don’t understand love yet, but you’re in that vibe and trip of love, you’re in that situation and a song is playing—no matter what song it is, even if metal song ‘yan—it all depends on the situation you get. Maybe if the question is what song gives me the most nostalgia vibes when it comes to love: “Ang Himig Natin” by Juan Dela Cruz. Kasi for my family and friends, that’s love. When I hear that song, I remember the things, and that’s when I feel love.

The members of Ben&Ben spend a lot of time listening to music as much as they dedicate time to songwriting. What does the playlist of the team commonly contain? Ariana Grande, instrumentals, boybands, ambient sounds like the rain, and lots of soundtracks: Hamilton and Disney, to name two. 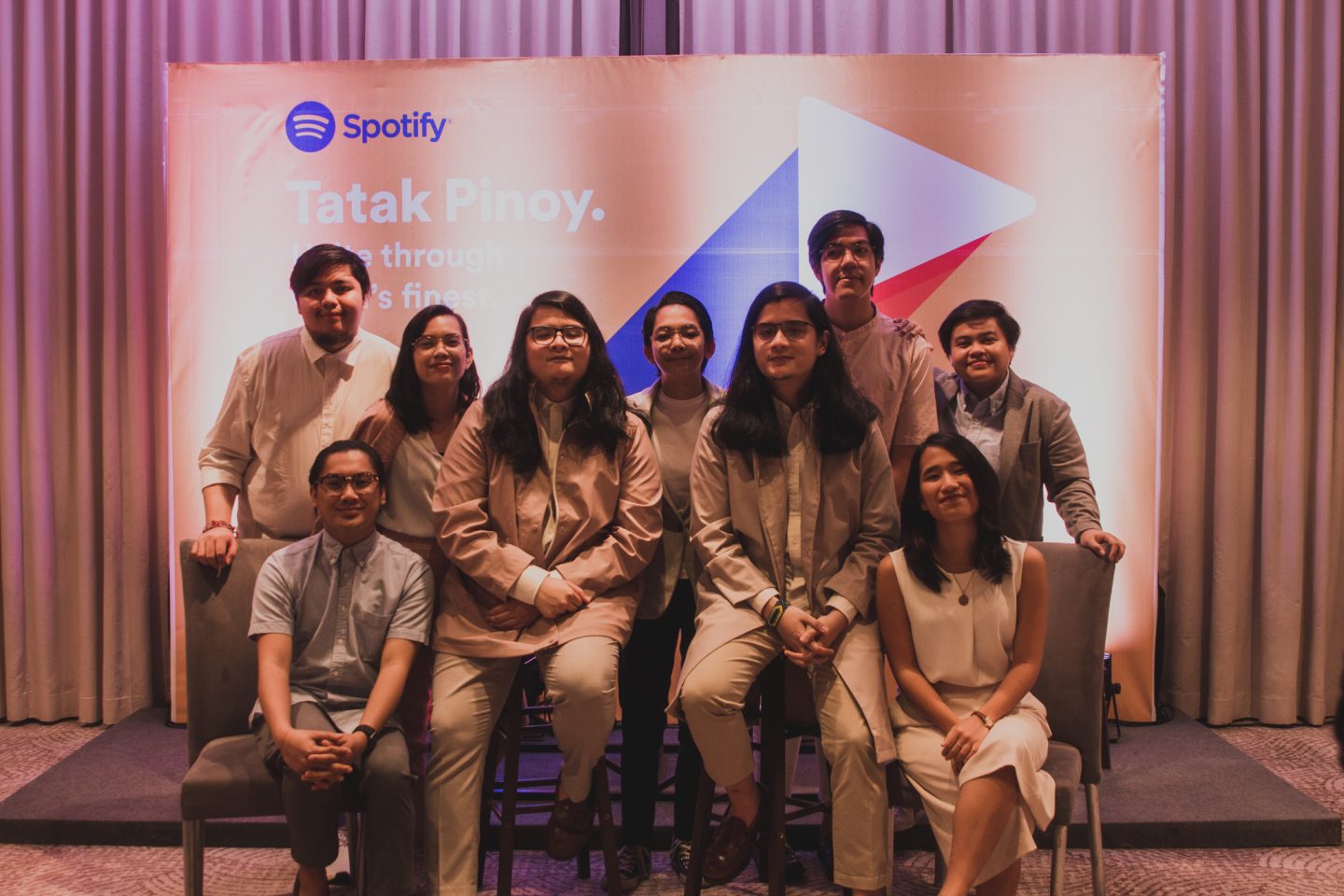 On their creative process, collaboration, and knowing when a song is good to go: It really begins with the two of us [Miguel and Paolo] because we write most of the songs. And then, what happens after that is we let the rest of the band hear it. Most of the time, I think it’s the color of the song as a whole. I mean, it’s such an abstract thing to say, but that’s the first thing that we decide on. After hearing hearing the bare bones, the structure of the song. It’s weird, but somehow it directs the arrangement of the instruments. After that, it’s usually Poch, our lead guitarist and Toni, one of our percussionists, who more or less think of the more specific things per instrument. Then after that, we jam it as a band. And the more specific details for this part, or for this verse, all of that, sa studio na ‘yun. So it’s kind of like a painting, where we sketch it first, then we go on to the final details.

Cellist Anjo Inacay quips, “[we] started from the bottom, now we’re here,” when probed about the growth of Silent Sanctuary witnessed by generations. The love song veterans still know how to catch up with their listeners and try to make something fresh in the current. How do they achieve this? By listening to what their listeners are listening to. 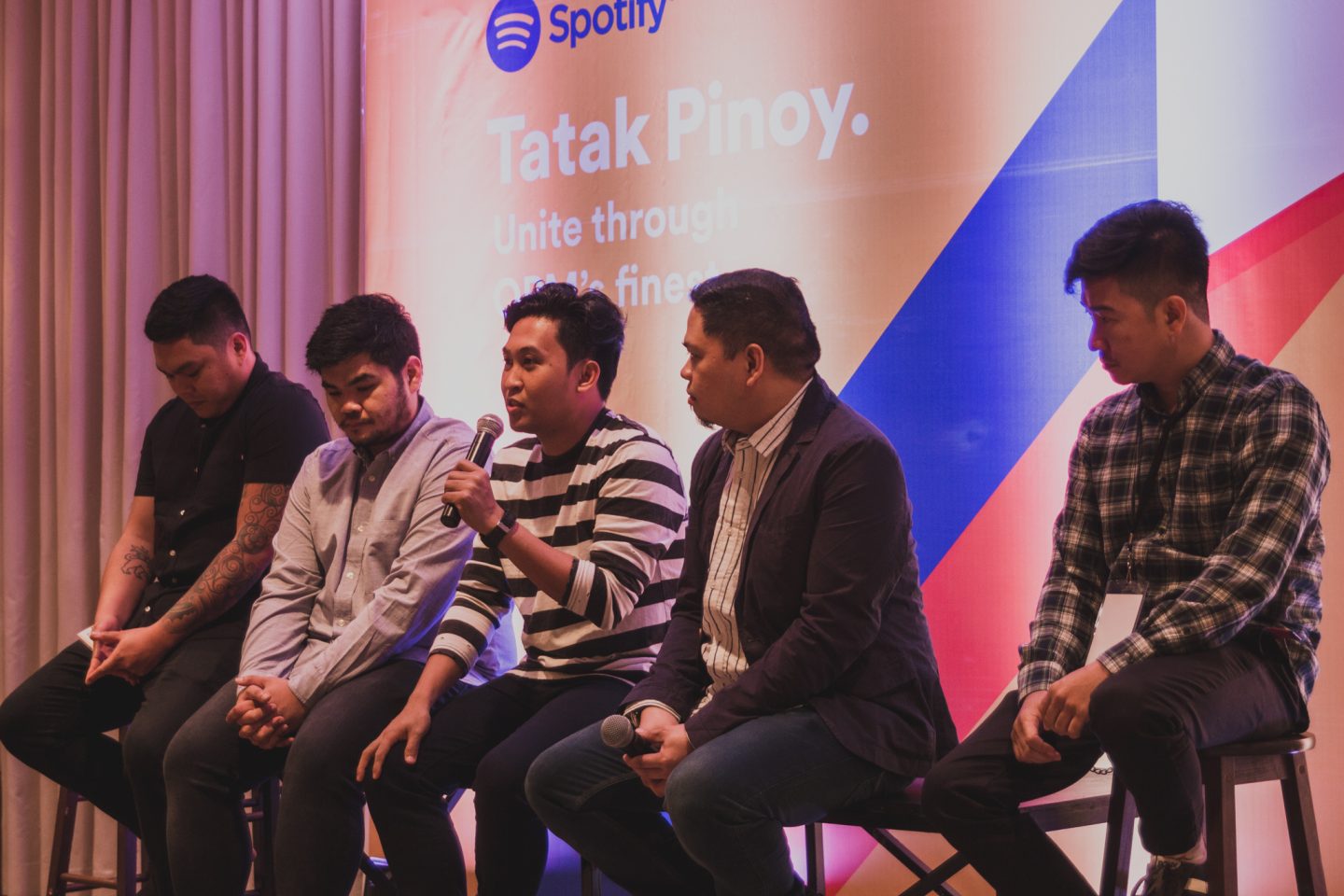 On Filipino love songs they listen to when they need to cope with heartbreak: Songs by Greyhoundz, Yano, Noel Cabangon, The Jerks, IV of Spades.

On Filipino songs they love so much, they wish they can humanize it: “Darating” by Teeth. “Malayo Pa Ang Umaga.”

SHAREAfter months of stanning, King Puentespina a.k.a CRWN finally dedicates a remix to...