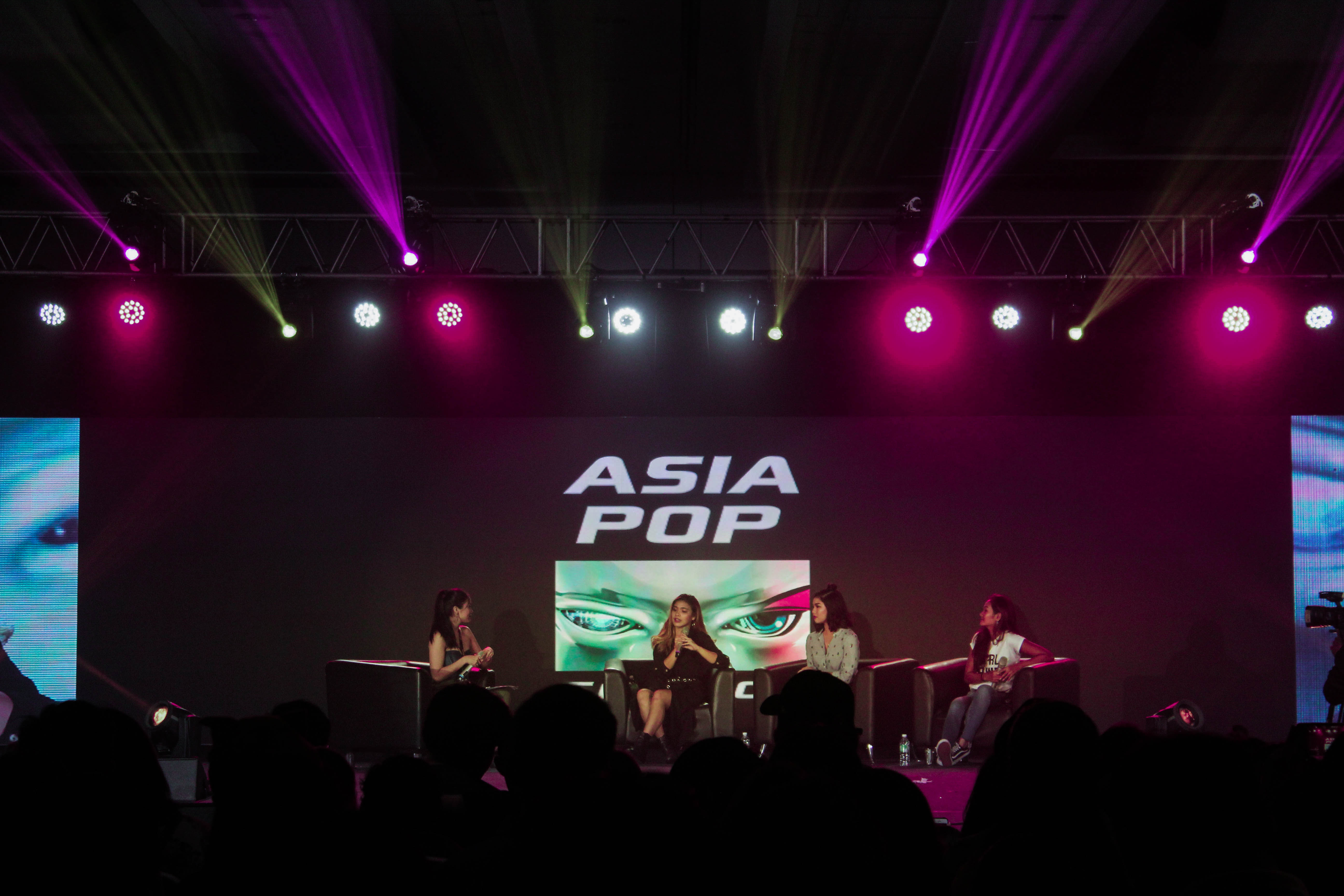 The Asia Pop Comic Convention or the APCC for short, happened last August 25 to August 27. To the people outside looking in the SMX Convention Center it was probably confusing on what was really going on, but for the people inside, it was a fan’s dream.

We share what went down through our favorite moments:

APCC was a large event, taking up all of SMX.

Although, I wasn’t able to visit the Netflix booth because the line was ridiculously long, I had a great time immersing myself with other people who shared the same interests.

My group of friends and I went as Teen Titans, myself as Starfire, my friend Patricia as Raven, her brother Patrick as Dick’s Robin, and my boyfriend Bryan as Dick’s Nightwing. I have attended other cosplay-centered events and I was pleasantly surprised by the amount of kids that were there and how many of them wanted to take pictures with us.

When there’s trouble you know who to call… ? pic.twitter.com/xMQHglpWLV

A lot of kids were excited to have a place to be excited about the superheroes that they looked up to. Bryan even had a moment where a little boy was shouting, “Nightwing!” across SMX, tugging on his father’s hand. These type of events, and APCC in particular, merged so many aspects of pop culture and the fanbase that surrounds it and brought it all to one place. – Kat, social media intern

I went to Asiapop Comicon last weekend, and I wish I could say it was like a dream.

It was fun, to a certain extent. I got to fawn over the Disney Prince-like beauty of Tyler Hoechlin. He smiled, pulled some jokes, and I melted. I got to meet, greet, and talk myth and art with one of my life pegs, Mervin Malonzo. He signed my copy of Tabi Po 3, and I took a photo with the cast of the upcoming Tabi Po TV series.

As much as I enjoyed the highlights of my visit though, there were a couple of issues.

Issue # 1: There were too damn many people.

It was hard for me to fully enjoy the all the cool exhibits because of the sheer number of people navigating the main hall. I couldn’t pass through anywhere without brushing elbows with someone else, and that did wonders for my social anxiety.

The lines going into the most sought after exhibits were insane too. The people waiting to get into the Netflix exhibit literally looked like the snake in that Nokia 3210 game Snake.

Another thing that ruined the experience for me was how expensive everything was. I mean, I understand why the costs were so high, but it kind of put a damper on the whole “I’m meeting my idol” experience. P3,500 for a handful of minutes with my hollywood crush, really? I just don’t have that kind of money. – Anthea, editorial assistant, Northern & Southern Living

I promise, it was like I entered a whole new realm.

The turnout was unbelievable. It was almost 5 PM when I entered the SMX but people were still buying tickets to go in or buying tickets for the next day. The excitement plastered on the crowd’s faces was really telling me that they wouldn’t stop until they got the APCC experience. And how could they not be excited for that? The moment I entered the first floor hall, it was a mixture of lights, sounds and art all up in my face. You would really need to pause for moment just to catch the breathe that was lost in awe from the beauty around you. So much was going on around me, but let’s start with the booths.

There were so many themed booths placed around the first floor hall. There was a booth for netflix’s Stranger Things, another booth for The Walking Dead, another one themed with Game of Thrones and so many more themed booths where in you could take pictures to post in your instagram. There were booths that sold merchendise from stores and from different artists who were present during the APCC. Not only can you buy their merchendise or art pieces but you also had the chance to meet and coverese with these artists. Of course once you get tired from walking around experiencing all these booths, there food stalls at the back which were pretty good. So many things going on in the first floor, it was buzzing with excitement, just like the second floor.

The second floor hall was just as exciting as the first floor, there was a screening of a Netflix original film: Death note and fans of the anime all swarmed here to get a great seat. There was a cosplay competition being held as well, and the costumes designed and created by the competitiors were very innovative and colorful. And of course some interviews were held here and a notable interview hosted by the APCC this year was the cast of Stranger Things season 2. People were running aorund to find a good spot just to get a good view on the cast memebers. The cheers were loud, everyone was shaking with enthusiasm while the cast was still on stage. Members of the audience got to ask their questions and the shakyness of their voices failed to hide their excitement.

Though this three day convention was eventful and full of surprises, in my opinion what made this event a major success was the people. Different people coming in different and creative costumes, audience memeber cheering for their favorite cosplayer, moviegoers excited to watch a live action movie of their favorite anime, it is true that the event was made for the audience but it’s moments like this you can say that the audience made the event so much greater. No one was scared to show their love for their favorite comic book, movie, actor etc. Everyone was there for a good time. It was an event filled with appreciation, respect and love. – Alexa, art intern

By Camille Fernandez If you’re that somebody that tells people that documentaries are...