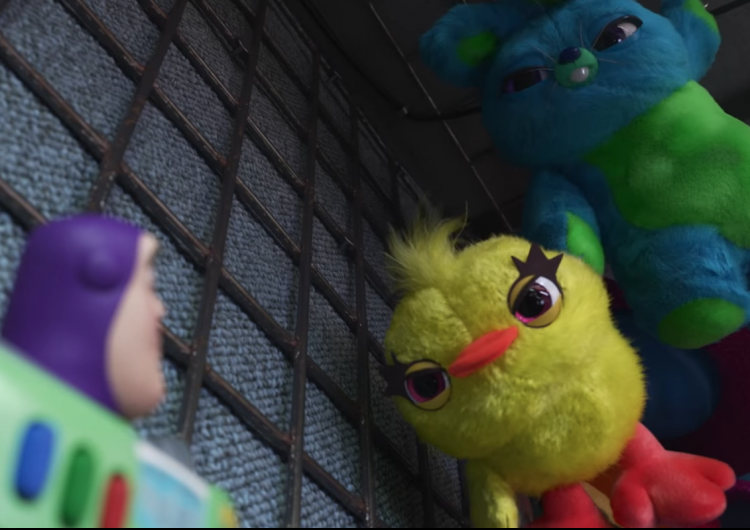 Toy Story has become the gift that keeps on giving. Just imagine how much a 14-year life span could fill.

After nine years since its last installment, we turn another page in Toy Story, and today we’re given the first trailer of its fourth film. You might remember the two teasers that came before and gave us an idea on what to expect: Woody, Buzz, and Jessie still on board, but with new characters like Forky, a spork turned—you guessed it—toy, and two carnival prizes voiced by Keegan-Michael Key and Jordan Peele. Not to mention the return of Bo Peep, who looks sturdier than ever.

In the latest Toy Story 4 trailer, we see Buzz Lightyear trapped in the Star Adventurer carnival booth we can now see better. He exchanges banters with fellow game prizes, whom he obviously wins over because of a casual clever move in the end. This sneak peek intently treads lightly on our feelings, but do we really expect the fourth movie doing the same thing?

The makers and movers of the movie somehow beg to differ. In an interview with Tim Allen on Seventeen, he divulged that the fourth installment of the series will be “so emotional” that he “couldn’t even get through the last scene.” So there’s that, but we all know we’ll still watch the heck out of it even if the film squeezes the best of us, right? As far as we can all remember, Toy Story has already done this three times, anyway. When Buzz became friends with Woody, when Jessie sang that one song, and when we just watched the whole of the third film. Come on, we’ve been prepared for this.

SHAREBefore most filmmakers mastered the full-length feature, they all started somewhere. They’ve probably...