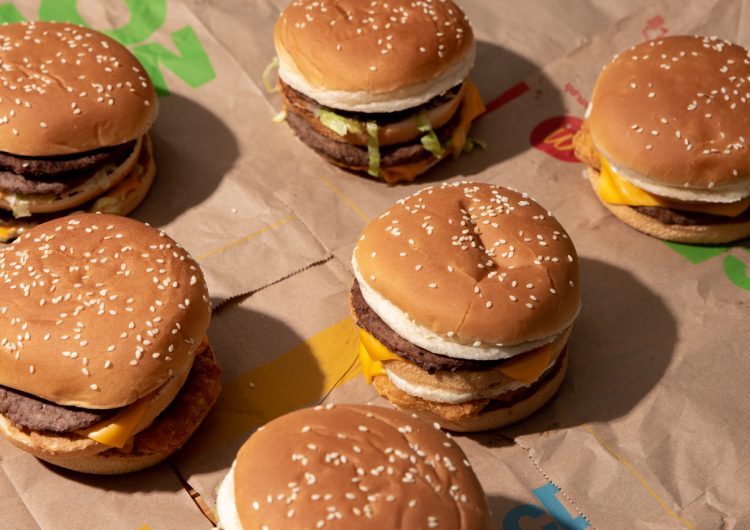 McDonald’s has an existing secret menu that launched in 2017. The secret is out there, but McDo has been very discreet about it. So, for a quick lunch today, I visited the nearest branch to check out these not-so-secret secret offerings.

When I approached the cashier, I lowered my voice and looked her in the eye. “Do you have the secret menu?” I asked slowly. Should I have been more discreet? Will I be taken to the back, only to be greeted by a burly guard, or maybe a waiter in a crisp suit? The menu’s secret after all.

The cashier nodded, left her post, and grabbed a counter mat out of thin air. It was that easy. This is the secret menu, and you don’t need a code to get it.

If you don’t know yet, McDonald’s has a secret menu, and it’s still pretty much the same from the inaugural version last year. Except now it has a fresh update with two new items: the Beef, Chicken, Beef (BCB) and the Double Big Mac. Since I’m up for a new experience, I ordered the two new burgers.

The Double Big Mac, on the other hand, is the way to go when you’re looking for a hefty yet easy meal. Think of it as a full meal that you can eat during the 15-minute break in between your classes. Unlike the double layer of beef patties in the classic Big Mac, the Double Big Mac is meat galore with twice the protein than the usual Big Mac. It still has the secret special sauce, some fresh lettuce, American cheese, minced onions, and some crisp dill pickles—fight me but its tangy kick is the best part of the meal.

Perfect for groups, gangs, crews, cliques, and so on.

If you’ve found comfort in the previous secret menu though, you can still order their Triple Cheeseburger, Double McChicken, and Double Quarter Pounder with Cheese.

There’s something thrilling about a secret that’s only passed around in whispers. And before this new secret from McDo reaches every ear, be the first one in your barkada to brag about this discovery. The secret is out in every McDo branch, anyway. Don’t miss out.

“Start-Up” illustrates passion’s fine print: We’ll never get exactly what we want but...

Janina is a vlogger and social media influencer with more than 500,000 YouTube...