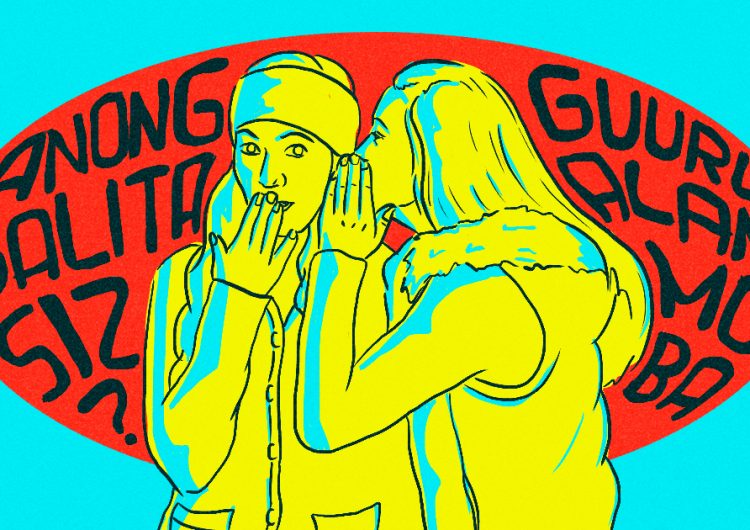 Ah, social media. It’s a bastion of free speech, ergo democracy, some might say. It’s the absolute shithole of the internet, according to others. Either way, there’s no way we’re escaping it in the digital age.

Social media is as ubiquitous as air in this day and age. Curricula vitae contain Instagram handles. Classes require membership to Facebook groups. Your mother has a suspicious Twitter account (blocked from yours, of course). You and I are just two individuals among almost 3.5 billion active social media users on this planet. At this point, social media should be considered a public space. I’d go so far as to call it a jungle.

As with any stretch of jungle, social networking sites have their own beasts. One of the many is the new modern monster: trolls. Between you and me, I’d probably choose something like a duwende or a kapre over an internet troll. At least those I can ward away with salt or a semi-credible albularyo. But trolls are persistent creatures—hungry for drama, aggressive, and unapologetically rude.

Most trolls probably didn’t start out that way, according to this Cornell research. They developed into it—provoked by other trolls, empowered by the intoxicating power of anonymity that social media provides. (“If they’re being assholes on the internet then so will I!”) If you’re not careful, you might get sucked into the cycle of hate, so we’re leaving some tips here to lessen the bad juju online.

Is it really worth it to engage?

On social media, you have to choose your battles. Is it worth it to even engage in a discussion with someone? If it’s just a troll, then it’s probably not worth your time of day. It might even be a bot, in which case it’s even more futile to strike up a conversation. According to Psychology Today, trolls do what they do solely because they find glee in riling people up. In meme-speak, that means that we’re being clowned.

If you do decide to respond, you can try to avoid using provocative words. Stay calm—not Taylor Swift calm, please—and use a matter-of-fact tone. If you try to be provocative, they’ll probably take it as a challenge. Trolls exhibit sadistic and psychopathic traits, which means that they’re in it for the pleasure of embarrassing you. A challenge is all that matters to trolls, because they don’t really want to have an actual healthy discussion; they just want to be right. Don’t let yourself become bait—or become a troll yourself.

Commenting on someone’s looks, IQ or any other personal trait when it’s unrelated to the argument does absolutely nothing for you. It discredits you even, because nobody wants to listen seriously to a jerk. If you need any more proof, here’s a textbook philosophy term. Ad hominem is described by Purdue OWL as “an attack on the character of a person rather than his or her opinions or arguments.” It’s an argumentative fallacy, meaning it’s illogical. It’s also just flat out mean. Don’t be that person.

Don’t dogpile on other people

The bad thing about an internet mob is that people tend to forget that a real person is behind the tweet. People have been ostracized from jobs or experienced severe health issues over it. Case in point: Paula Salvosa a.k.a. the “Amalayer Girl” of 2012. We’ve all forgotten about the incident, but she hasn’t.

If someone deserves to be called out, then call them out—but do so with respect. Focus on the action and not the person’s irrelevant traits. It’s supposed to be an anecdotal bad example, not a window to make someone a social pariah. Leave name calling (or making fun of someone’s diction) at the door.

Just get off social media once in a while

Add a social media cleanse to your self-care routine, kids. With the rise of callout culture on the internet, there’s a tendency for social media to become an online echo chamber of hate. You don’t have to delete everything; we know just how important social media is now for work and study. Just take a break from it every now and then. This psychology journal published a study on how limiting social media use to 30 minutes a day lowers depression and loneliness. Going out and getting some sunlight instead of furrowing your brow at your laptop can help you avoid jumping into the metaphorical cartoon brawl cloud on social media.

The bottom line? Stay smart on the ‘net. We don’t just mean intellectually, but emotionally, too. Don’t forget: Dehumanizing people on the internet is the first step towards transforming into the bullying troll you never wanted to be.

SHAREPlanning to get a Baybayin tattoo? Before you engrave that Google Translate version...