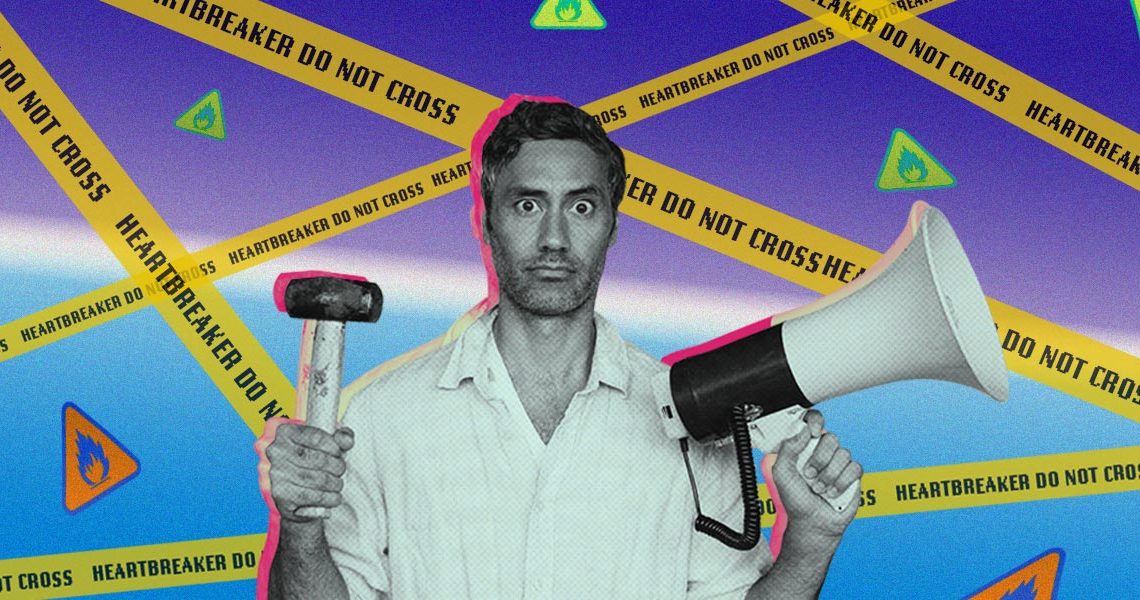 My devotion to Taika Waititi is similar to his films: whimsical yet lovelorn.

You fall in love with actors, never directors. The same rule applies when you’re a sophomore film student in 2014. I abided by this rule wholeheartedly. Then, it all changed when I watched his vampire comedy film “What We Do in the Shadows” for the first time.

I already had to pause 15 minutes into the movie. Not because it was horrible but because his character Viago was cute as fuck (yes, he starred and directed it. Yes, he’s multitalented). He played a 379-year-old vampire with a Type A personality and the kindest of hearts. Within those 15 minutes, I fell in love with Viago then the man who played him.

What I felt for Taika is what Twihards felt for RPattz during his peak. I absolutely hated it. I wanted God himself to rip my heart out.

Your honor, I plead guilty for being absolutely smitten for this man.

You see, I’m a bargain bin Aubrey Plaza: a full-fringed, deadpan queen who never cracks a smile. This is an unspoken rule within my office and friends. I’m a devoted Aquarius who suppresses their emotions way, way down ’til I wither and die. But as soon as I see his salt and pepper locks, whimsical clothing choices that may or may not involve pineapples and his captivating deep brown eyes on my home screen, I can’t help but fluster and die a little bit inside.

When I was in my last year of film school, I dedicated my graduate film thesis to Taika with absolute certainty that he’ll never see it. I also prayed to his picture after submitting the film to my professor. That one, he saw and liked on Twitter after I tagged him.

In my first full-time job at a magazine, I printed a picture from his GQ feature only months after “Thor: Ragnarok” blew up. I was so, so close to interviewing him via phone. Too bad it never happened and it may never happen. Nevertheless, I still hope that one day I’ll become his assistant director or he will mentor me then fall in love with me so my real life can finally begin.

They say having a crush means they inspire you. In my case, that is definitely true. Taika isn’t only a pure Grade A quality beefcake, he’s talented, brilliant, incredible, amazing, showstopping, spectacular, totally unique, completely not ever been done before, etc. Your honor, I plead guilty for being absolutely smitten for this man.

I absolutely want Taika—but I also want what he has.

Jokes aside, he is incredibly talented. He broke my heart with his poignant slice-of-life “Boy,” made the “Thor” franchise actually exciting and became the first Maori to win an Oscar. I, too, want to rep my people on a global platform someday.

I absolutely want Taika—but I also want what he has. I want his audacity to dream and achieve goals bigger than myself. If I can’t have him, can I at least have that?

Someday, maybe I’d look back at this and laugh at my delusion. There will come a day when I wouldn’t think of him when listening to Caroline Polachek’s “So Hot You’re Hurting My Feelings.” Maybe, just maybe I would look at a photo of him and feel absolutely nothing.

Until then, I’ll think of him fondly and let out a longing sigh after. I would continue to wish that we’ll meet, so my life can finally begin. I’ll continue to hustle until I’ve reached what he reached.

Happy birthday to this classic Leo—you can break my heart any day.

Read more:
Taika Waititi is heading to a galaxy far, far away as the newest ‘Star Wars’ director
An investigative essay on why Adam Driver is hot, actually
Why do I love Park Seo-joon?: A “scientific” study
How my thirst for Howl cured me of my softboi fixation

Amazon Studios’ latest release is a conversation waiting to be had. Beautiful Boy...