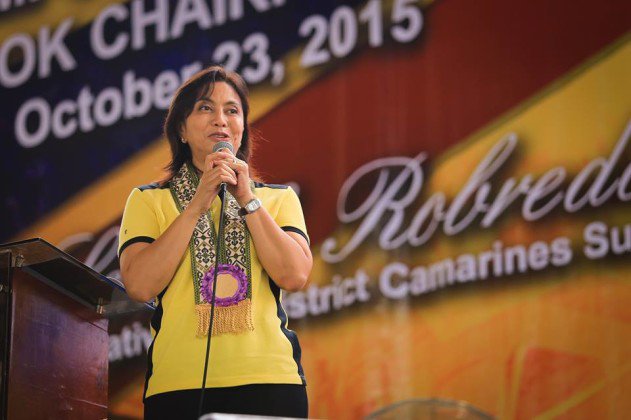 When Liberal Party standard-bearer Mar Roxas announced Leni Robredo as his running mate for the 2016 Philippine national elections, no one knew how the widow of former DILG Secretary Jesse Robredo—who is just on her first term as Congresswoman for the 3rd district of Camarines Sur—will serve as the country’s next vice president. Just like how no one knew, much in the same way, how Daenerys Targaryen—the widow of the great Khal Drogo—will conquer Westeros and claim the Iron Throne without her Khal’s khalasar.

Both didn’t have the trust of many because truth be told, they haven’t done that much at the time they proclaimed their desire to lead their people. Their resolve alone didn’t immediately rally the people to support their cause and promise to lead better than their predecessors. Robredo was against seasoned political giants like Alan Peter Cayetano, Francis “Chiz” Escudero and Ferdinand “Bongbong” Marcos. For her part, Targaryen is against the whole seven kingdoms of Westeros, all brutal in their actions and methods to claim the most uncomfortable throne ever.

Against men of power and dynasties perpetuated by histories of conquest, how can they win?

The answer is not as obvious as Targaryen’s dragons or Robredo’s administrative support. It’s their persona that shines through, undaunted, strong and steadfast.

But why the hate? It’s still unusual for women to dominate over or at least be seen on equal footing with men. In a UNICEF report, half the people surveyed in East Asia, South Asia and the Pacific agreed or strongly agreed that men make better political leaders than women. Saudi Arabia allowed women to vote and run for office in municipal elections just in December 2015. Countries like Kuwait, Oman, Papua New Guinea and Yemen only have around 0.3 to 2.7 percent of women in their parliaments while countries like Palau and Qatar have none as of March 2015.

In the West, a recent Pew Research Center report on women and leadership in 2015 found that 37 percent of Americans say that the nation is not yet ready to elect female leaders, which could explain why there has never been a female president in the U.S. The United Nations is still striving for its now 20-year-old target of gender equality and balance and to look forward to its realization by 2030 (at the latest).

For Daenerys Targaryen, let’s just say that almost all the men she dealt and interacted with—the Dothraki, the slave masters of Astapor, Yunkai, Mereen, Volantis and practically all the men who knew her in the world of “Game of Thrones”—sees her better in bed rather than on a throne.

Our society, no matter how liberated and modern it can get is still bound by traditional and cultural concepts. We can all tweet about how chivalry is dead and post about how great being a feminist is but most of the people who do this don’t even know what feminism really is.

Robredo and Targaryen endeavor to stand on equal footing with their male counterparts. Most will say that people are against them because they’re inexperienced but if we are to be more in-depth in our criticism of the two, it can be rooted in the fact that they’re both women. It’s understandable since the Philippines and even the fictional world of Westeros had had their fair share of mishaps, destruction and misfortunes caused by women (kudos to you GMA and Cersei).

But the moments when Targaryen rose from the ashes of Khal Drogo’s pyre with three dragons by her side and when Robredo overtook Marcos’s million vote lead were testaments to their power and credibility as individuals and servants of the people.

In her closing statement in the very first vice-presidential debate, Robredo said, “Sa aming anim, may the best woman win.” In the middle of conversing with Missandei, Targaryen’s servant, the words Valar morghulis were uttered. And Targaryen answered, “Yes, all men must die. But we are not men.” Both never wished to walk the path they are taking right now. No one did. But when they rose far higher than anyone else expected, the people were more than happy to have them.