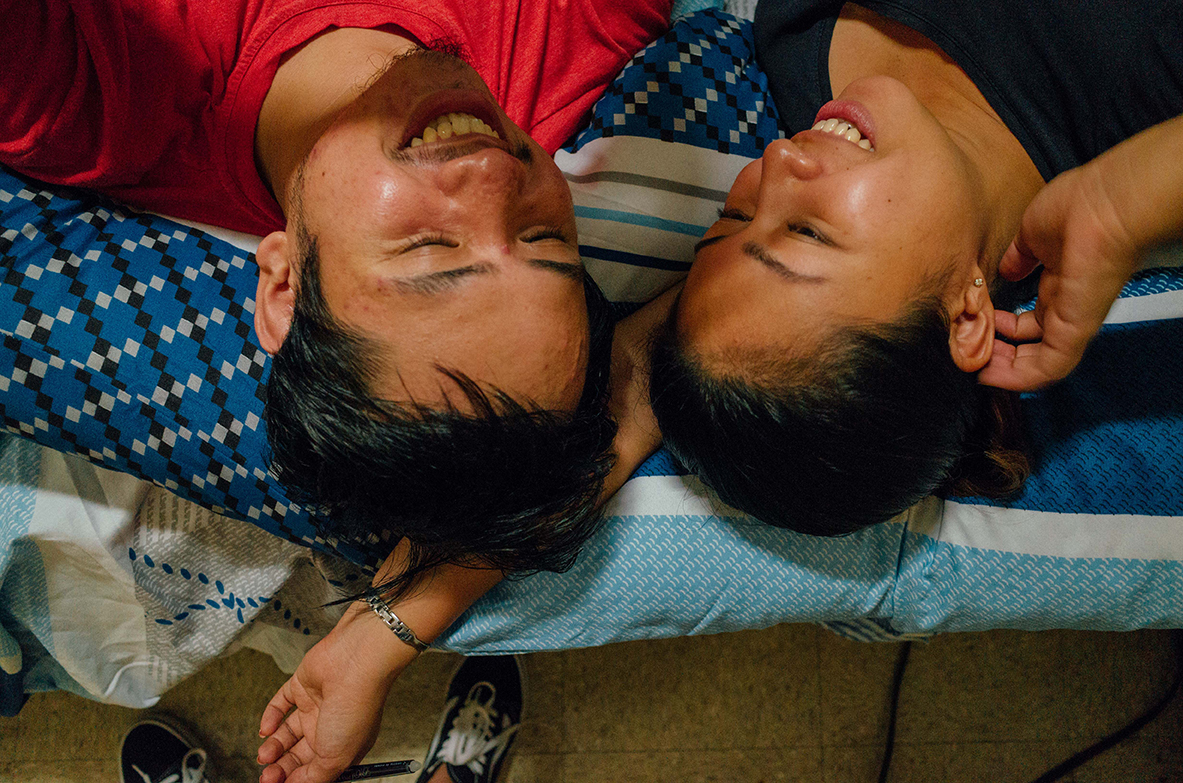 I was in college when I first heard of Petersen Vargas. My good friend had excitedly approached me one evening at our dorm lobby, gushing about his “new filmmaker idol-slash-crush.” Petersen Vargas—you should check out his Vimeo. He writes poetry on Tumblr and makes really good short films about homosexuality and living in the province. He’s gay, just like me, and I love him so much.

Despite not being from the same school, I found that Petersen’s name was a familiar whisper among photographers, production enthusiasts, and local indie movie buffs such as me and my friend. As a student in the University of the Philippines Diliman, Petersen already had a considerable amount of buzz surrounding him thanks to his thought-provoking pieces on various topics such as young love, childhood, death, literature, and existentialism. He explored the same ideals as most film majors do, but with very different and diverse backdrops, like his Kapampangan heritage.

The world beyond his university niche expanded after a wider audience began to take notice of his talent. Petersen was eventually nominated for the Gawad Urian Awards and Cinemanila International Film Festival, before winning Best Short Film in the 26th Gawad CCP for Short Narrative, and the Cinemalaya trophy for Best Short Film Director in 2015. But perhaps, before everything, he is most recognized and applauded for providing more than worthy representation for both Kapampangan natives and members of the LGBT community.

Now, Petersen is embarking on a whole new journey on its own as he takes the helm for his first full-length feature for Cinema One Originals, 2 Cool 2 Be 4gotten, a The Dreamers-esque piece revolving around a young high school loner who gets caught up in the lives of two mysterious half-American brothers.

How did your interest in film first begin?

I would always go back to that one summer many years ago, after I first discovered Video City when it was still a thing. The popular VCD rental store was only one tricycle away next to the busy palengke in my hometown, Apalit, Pampanga. I would score three to four titles on every visit and spend all summer watching as many films as I could. When Video City was about to close for good, I eagerly saved enough money from my baon just to buy all the discounted VCDs they had for their week-long clearance sale. Ever since then, I’ve always been a fan and avid watcher of films of any kind.

How was the overall experience directing a full-length movie for the first time?

I remember asking film critic-turned-filmmaker Dodo Dayao the same question. At that time, he just wrapped his shoot for his feature debut Violator for the same festival that my film is part of. He simply said, “It’s just like shooting a short, only with more shooting days.” And if you want a simple answer, I guess I’d say the same thing—but along with it, of course, an expanded feeling of dread, of tiredness, of resisting any meltdowns, to actually suffering meltdowns, and more sweat, more tears, more cups of coffee, even more sticks of cigarettes. But definitely, at the end of each day, it involves a much more blown-up heart.

You’ve been making short films, music videos, and experimental pieces ever since you were in school and got quite a few awards and recognition while at it. In what ways have you grown as a filmmaker?

I guess it’s a matter of what currently influences you that sort of adds identity to your work. During my third year in film school, I was exposed to some of our alternative local filmmakers and their work, from John Torres’s experimental documentary Ang Ninanais to Whammy Alcazaren’s thesis film Colossal. I also eventually became a Raya Martin fanboy and even made a short documentary focused on his early work for a class! This excited me enough to explore the possibilities of filmmaking in my own creations. I guess that restlessness has tempered down, thanks or no thanks to the real world. Although, I’d like to believe that it’s a part of growth—that I become more “me” in everything I get to make.

[pull_quote]“A film is not just by the director, but also by all the other people who worked hard for it to become what it is.”[/pull_quote]

You do almost everything, from promos to short films to music videos. What do you like best about each? Do you have a favorite among them?

During the start of film school, I acquired my first ever DSLR from my favorite OFW tita, a handy Canon 600D, which I ended up exhausting by 2015. Ever since then, I’ve always been comfortable working on my own. I could write, shoot, and edit whenever a particularly good song or poem inspired me. It’s fun that I get to do just that after graduation, since there are a lot of things that I could explore with these kinds of projects. But if I had to choose a favorite, it’d be making music videos because I was such a fan of music videos way, way back. I was in high school when OPM was at such an all-time high, when our music channels on TV showed more Pinoy music than ever. To this day, the video for Imago’s Sundo still provides me that good old feeling.

What do you think is the best aspect of telling stories through the video medium?

I really love the collaborative nature of telling stories through film. In this medium, you get to work not just with the moving image, but also with set design and costumes, with music and sound, with actors, with locations, and so on. It’s pretty overwhelming, sure, but working with all the aspects of filmmaking is always a fun venture. Most especially when your collaborators would always go the extra mile, exceed your expectations, and surprise you. A film is not just by the director, but also by all the other people who worked hard for it to become what it is.

As a director, what would you want to improve on or explore more?

The list would go on and on! I am my own toughest critic, as we all are.

What was your inspiration for 2 Cool 2 Be 4gotten? How did the idea start?

The whole project began with a talk with a fellow Kapampangan filmmaker, Jason Paul Laxamana, early this year. I was supposed to ask him to help me develop this concept I had in mind that I thought was perfect for him and me to co-write. But then he showed me the first draft of a script originally called Dos Mestizos, telling me he could see me directing this particular material. I immediately fell in love with it. When we finally got awarded a grant from Cinema One Originals this year, the film eventually became what it is right now, with a few revisions from my end. We ended up calling it 2 Cool 2 Be 4gotten, which was taken from a 1998 song by Lucinda Williams.

What kind of projects would you like to work on in the future?

I still consider making my own version of Little Manhattan someday. But you know, with Gabe and Rosemary as two boys instead. Wouldn’t that be cute?

This story appears on the November-December 2016 issue. 2 Cool 2 Be 4gotten premieres on Thursday, November 17 as part of this year’s Cinema One Originals lineup.

SHAREI don’t know about you, but a good read always seems to make...

SHARELeave it to the dreamy style of Outerhope to have your one foot...

SHAREWho says festival season is over? Not Malaysia, that’s for sure. This year’s...