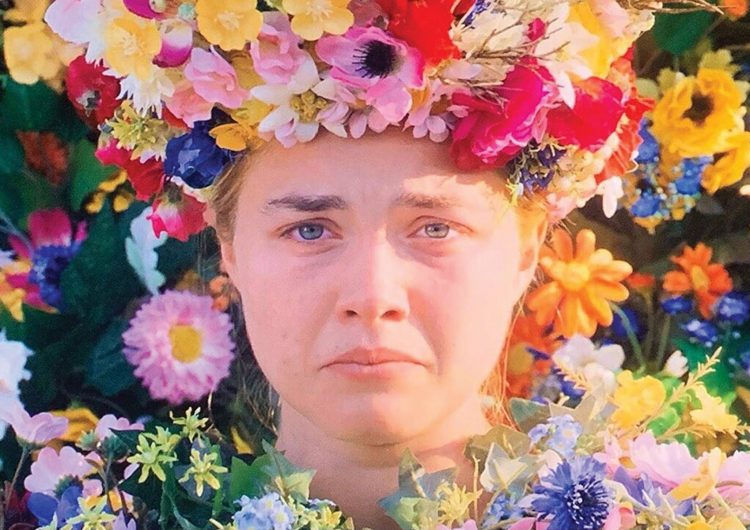 WARNING: This one’s for the people who have watched Ari Aster’s new masterpiece. Spoilers ahead.

I was literally left with my jaw hanging for half a minute when Midsommar ended. The last sequence where someone was being cooked alive in a bear was shocking, yes, but it was mostly because I had no idea how the hell I was supposed to feel.

Was I supposed to find that ending horrifying? Vindicating? Hilarious? I had no idea how to process it all. Ari Aster’s Midsommar is partly about a pagan cult that likes psychedelics a lot and murders a bunch of people every 90 years. Mainly, it’s about a girl trying to get through a family catastrophe and a failing relationship with an overseas trip. No, not like Eat, Pray, Love, unfortunately. Midsommar is in its own category of film.

Sometimes director Ari Aster calls it an existential horror film. “Nothing reflects the meaninglessness of life more than two people fighting over a thesis,” the director jokes in an interview with Film Comment. He also tells The Washington Post that it’s a breakup film. In a Vice interview, he tags it as a family drama akin to Hereditary, but an adult fairytale, too. A little confusing, but I understand Ari. It’s hard to put a label on a film that transcends the boxes of genre.

To help you (and me) on your post-Midsommar confusion, we’ve compiled all the interviews, podcast episodes and Reddit threads for you to obsess over. Don’t forget to breathe (“hoo-ha!”) every now and then.

This hour-long podcast episode is a post-screening discussion of Midsommar between the film buff Michael Koresky of Film Comment and Ari Aster himself. Ari talks about how the film connects with Hereditary, a three-hour-long director’s cut that’s coming out in August (!!!), and what we’re really supposed to feel about that crazy ending. Michael and the audience ask thoughtful questions on this one.

If you want to hear two filmmaking geniuses talk about their films, you’ll enjoy this episode. Robert Eggers, who is the creator of critically-acclaimed horror film The Witch, and Ari Aster do a one-on-one and basically just wax poetic about each other. The two directors talk a lot of technicalities in here for the film buffs and enthusiasts, plus films that inspired Midsommar. A longer cut of the episode also includes the two directors’ list of must-watch films.

Jack Reynor, who plays Dani’s boyfriend Christian, is also a filmmaker and cinephile himself. It’s interesting to hear his thoughts on the movie as an actor and as someone who knows their film stuff. We also get to hear about how he got through that batshit breeding ritual.

The New York Times’ How Midsommar Takes A Bad Trip

This one is more about the technicalities of how we were able to feel like we were tripping out with the characters, too. Ari breaks down the merry gang’s first high and how they were able to replicate what a bad trip feels. According to the commenters, it’s pretty accurate.

This Reddit discussion about the portrayal of mental health

Honestly, just browsing through the entire r/Midsommar page is essential. However, this thread on mental health stands out because it should be something to talk about. The original poster (OP) talks about how they don’t think it was a bad representation, but there are also dissenting commenters on the thread.