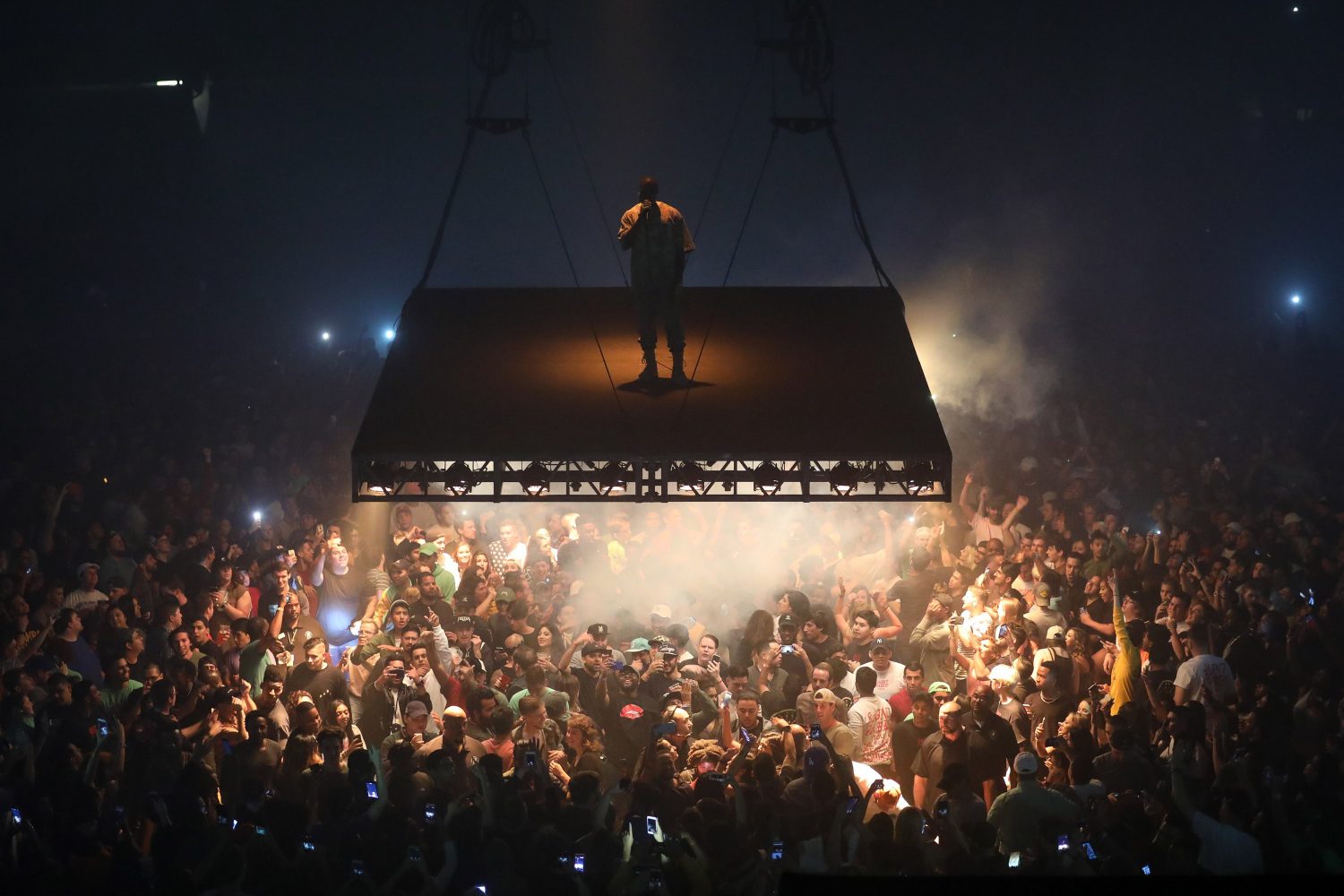 While everyone here had their hands full with all the Marcos bullshit going on since Friday, our favorite borderline-insane (if not already insane) rapper Kanye West was busy making headlines along with Hamilton in the U.S.

From under our noses, ‘Ye did two shows over the weekend where he rapped a little bit and ranted a lot more. On Thursday night, Kanye announced in a Saint Pablo Tour stop in San Jose, California that if he voted, he’d have voted for Trump. And that the world is racist, so people shouldn’t be so caught up in questioning and fighting the racism of the world. He did this in the middle of performing his songs.

He turned it up a notch when he rolled into Sacramento, did the same thing, and then ended the show after doing only three songs. (He also brought out Kid Cudi, who was apparently okay enough to perform.) Yeezus continued his train of thought from the previous show, mostly praising Trump for being politically incorrect, straight to the point, and devoid of any roundabout, bush-beating political trappings.

Oh, and he also ranted about Beyonce and Jay Z. He claims that Beyonce was promised a big win for “Formation” at the MTV VMAs in exchange for a performance at the show, also just so he wouldn’t run on stage and cape for her again. What’s worse is that apparently, Yeezus and Hova are cold right now (and apparently Jay has his own team of murderers). Bizarre doesn’t even begin to cover it.

We don’t know how much of what Kanye is ranting about is true, but even if there is a glimmer of insight into what he’s saying (mostly the stuff about communication and speaking the truth), it’s a little hard to take him seriously when he feels he has to be erratic in conveying his message. It’s easy to reduce it all to some sort of mental illness, especially his deep depression after his mom Donda’s death, but somewhere in there seems to be a real cry for help.

Kanye could be a gamechanger if he really is running for president, but right now he has to control the tempest. He idolizes Trump and his freewheeling mouth, but in the bigger political and social picture it’s not going to do Trump—and Kanye—any favors.

SHAREThe COVID-19 outbreak has affected everyone’s lives across the globe. Since this epidemic...