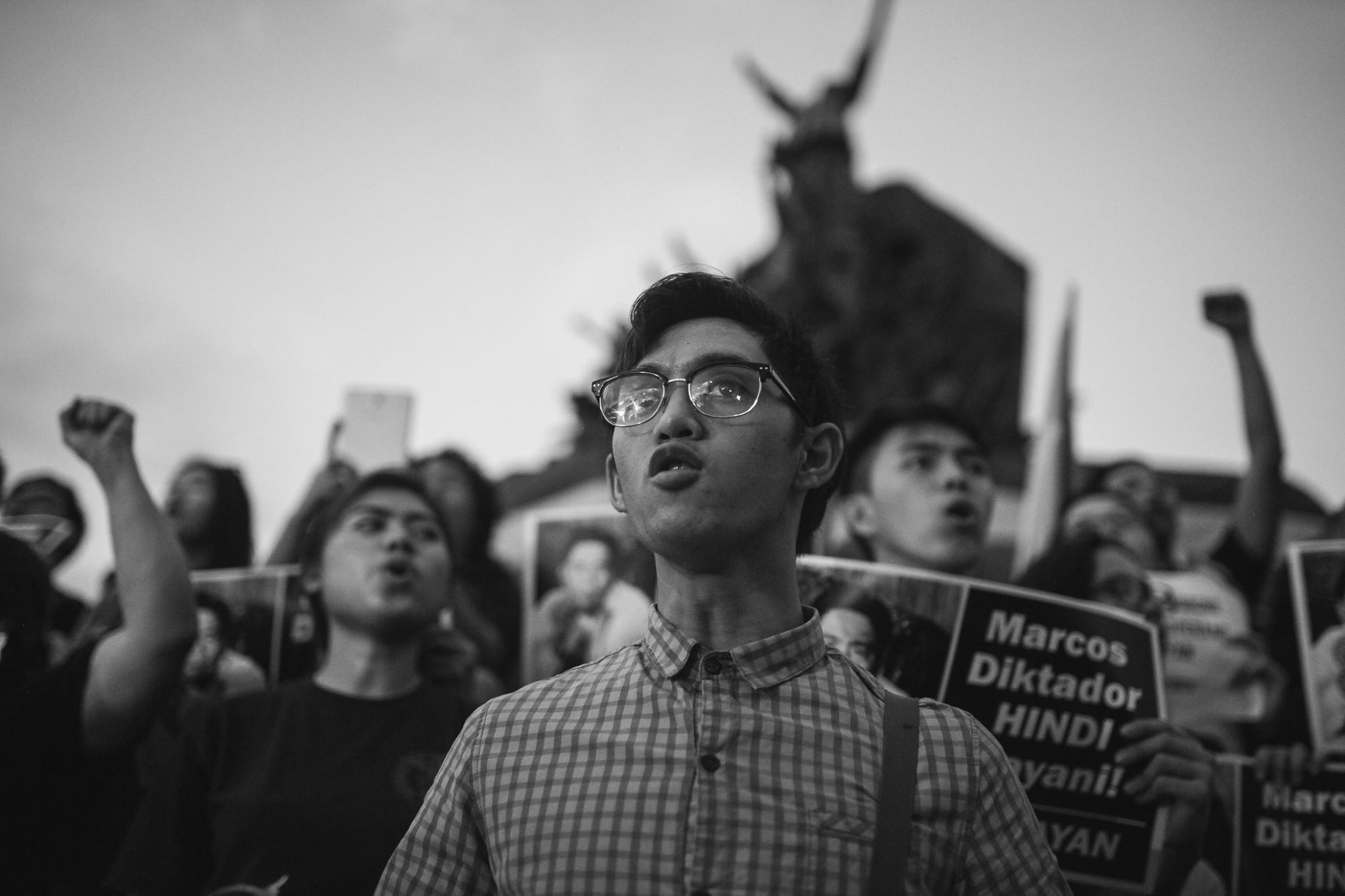 You don’t expect an angry people to take getting blindsided by our own government in trying to secretly bury Marcos at the Libingan ng mga Bayani (and succeeding) lying down. What started as a solo protest at the cemetery in the morning quickly snowballed into bigger movements in Katipunan, the Ayala Triangle in Makati, and the People Power Monument along EDSA—and for good measure. To oversimplify things, what the government did was not cool.

The protest at EDSA is notable for two things—one, simply because it was along EDSA, and the shades of history there color the movement significantly, and two, the youth was out in full force, showing that many of them were not just talk.

Photographer Geloy Concepcion was present at the EDSA gathering, witnessing something awesome unfold before him and documenting it as it did. Through his photos of last night—his own record of history being made—we’re able to get a meaningful glimpse of what it looks like when people band together for something they strongly believe in. “[I was there] as an observer, trying to record [what was happening yesterday],” he said. “My father-in-law was tortured during martial law. So I thought, I really need to be there at EDSA to pay respect to the victims of martial law, and as a photographer [what I can do] is to take photographs.”

He also noted, although it was hard to miss, that there were a lot of young people in that crowd. “Magandang senyales, ibig sabihin lang na may kamalayan ang kabataan sa kasaysayan natin (It’s a good sign, it means that the youth are aware of our history),” he commented. “Nagagamit ng tama ang internet at pwede tayong umasa na ‘yun din ang ituturo nila sa mga magiging anak nila. (The internet is being used properly, and we can hope that that’s what they’ll teach their future children.)”

Check out more of Geloy’s photos of last night here.

Celebrity makeup lines happen to be the in thing now. We’ve probably already...

SHARELove Rob Cham’s Light series? Then prepare yourselves for what Rocketsheep has in...