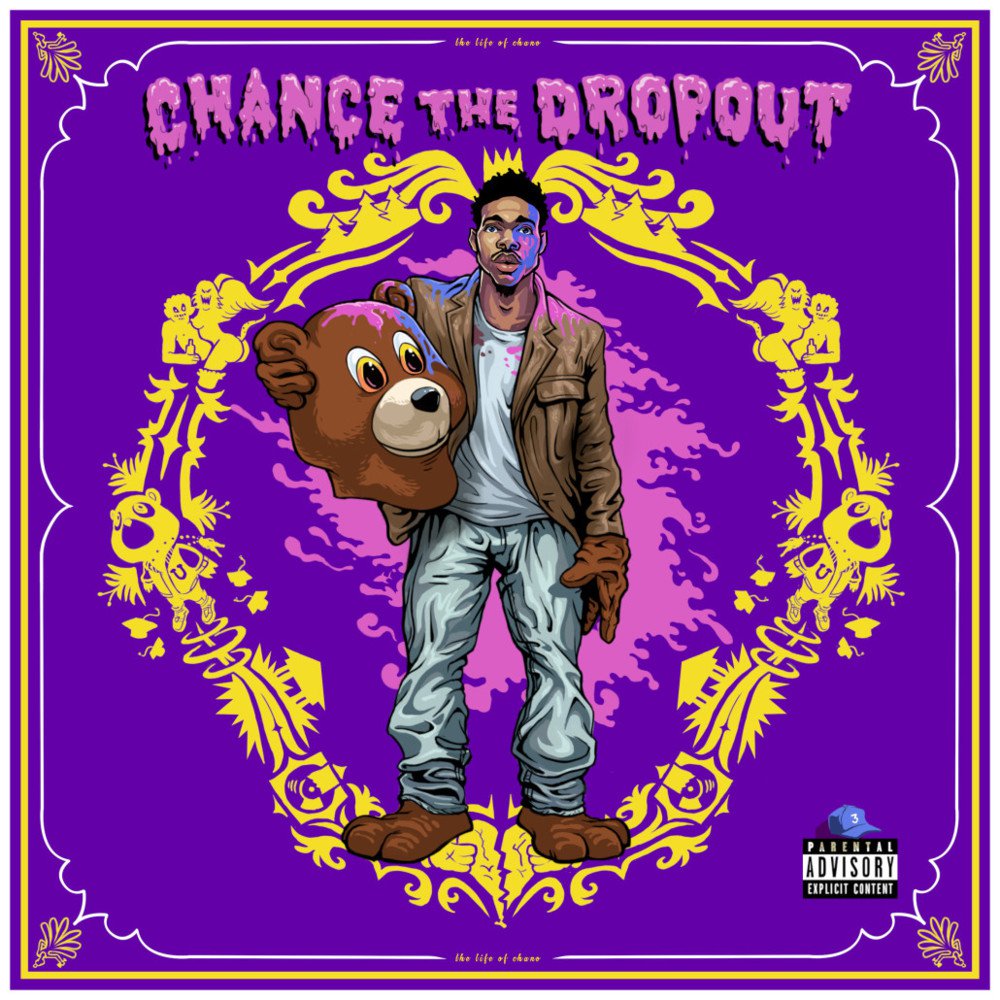 Chance the Rapper fashions himself as as “Kanye’s biggest fan,” and also “Kanye’s best prodigy,” while Kanye is as good a producer as he is a rapper (arguably better, IMO). Chance the Dropout mixes Chance’s bars with Kanye’s beats, and at first glance, it’s a collab made in heaven.

Uploaded on Datpiff, the compilation isn’t from the hands of Chano and Yeezy themselves, but from two DJs who blended their individual tracks to something else. The description is as follows:

DJ Critical Hype and DJ Clyde present “Chance The Dropout” a 23 track blend tape featuring Chance The Rapper vocals blended over Kanye West production. “I love Chance as an artist and Kanye is one of the best producers of all time,” Critical Hype told Pigeons and Planes. “They are both from Chicago and Chance is always talking about how big of an influence Kanye was and is. It seemed like a match made in heaven and a great way to bridge the gap of a new and older Chicago artist.” He adds, “When I started to play around with the idea it sounded even better than I had thought.”

“Fuck You Tahm Bout (DJ Clyde 2 Beat Blend)”, “Mixtape ft Young Thug (DJ Critical Hype 2 Beat Blend),” and “.Acid Rain (DJ Critical Hype Blend)” are standouts from the album. Although most of the tracks are ear candy, the problem with the tape is that the songs are too short due to the limitations of what they have. It’s a good project for sure, making a collab that may never make the light of day happen, but it’s also a bit half-assed due to how short the tracks are. Listen to it and decide for yourself.

SHAREIt was during my last year of college when I braved through the...