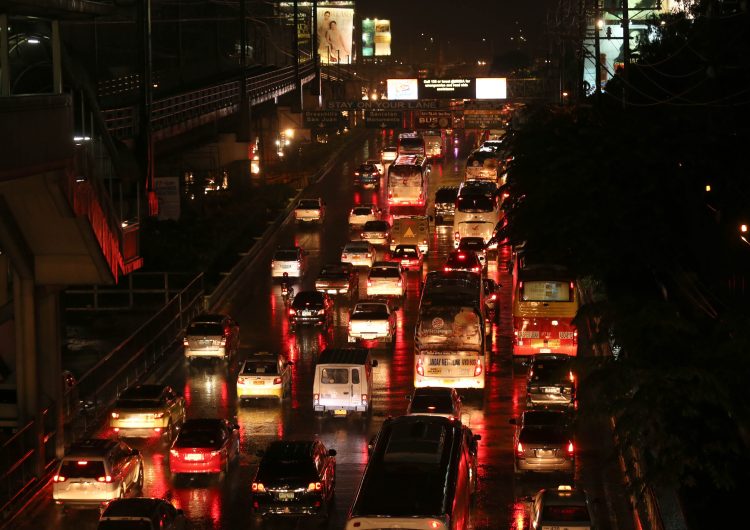 This will be what Waze will tell you upon setting out for a trip to Cubao from Makati soon, Duterte hopes. In a recent interview, the President said Metro Manila denizens no longer have to worry about traffic by the end of the year. “You just wait. Ayaw ko mag-ano but things will improve; maybe, God willing [in] December, smooth sailing na,” he said.

Read more: Booking a Grab is about to get harder this June

This perfect picture of a fast commute from Makati to Quezon City is sweet, sweet music to the ears of commuters, especially those who pass through Edsa every day. Normally, traveling to Cubao from Makati requires at least an hour. That is if you’re leaving before the rush hour by private car. Normally, commuters have to allot at least two hours if they’re traveling by bus, public van, or train. During rush hour or busy days, it might be faster to jog from Glorietta to Cubao Expo, which is only 10.8 km away from each other.

When Inquirer asked Senate President Tito Sotto about the President’s statement, he said it “sounds good” but he doesn’t know how Duterte plans to carry out this plan. Senator Panfilo “Ping” Lacson, on the other hand, said in jest that Duterte deserves to be president for life if he makes his plan work.

Read more: I fall in love during times of transit

“If PRRD (Duterte’s initial) delivers on just these two promises, (1) to cut travel time from Cubao to Makati to five minutes within six months and; (2) to eliminate flight delays in NAIA within one month, for being superhuman, he deserves to be president for life,” he told Inquirer in a text message.

Aside from renting an overly expensive helicopter ride, I don’t know of any way to travel from Makati to Cubao within five minutes. Zipline? A slide? Or maybe a magical portal? Who knows what Duterte is up to, but thanks, Mr. President. We’re looking forward to experience a speedy commute.

SHAREWelcome the new school year in style IN PARTNERSHIP WITH ROBINSONS DEPARTMENT STORE...