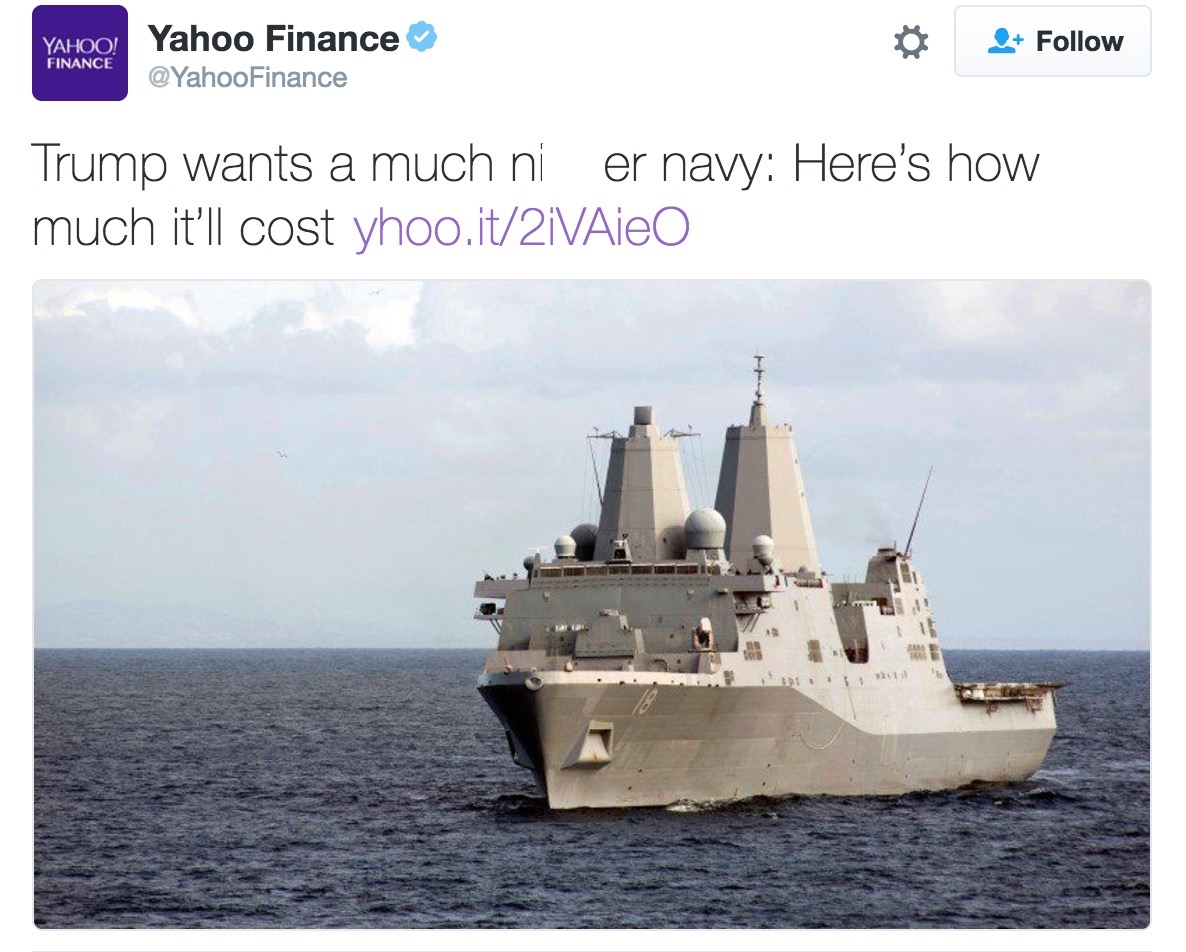 Black Twitter is trending again, and it’s not because of an important issue being brought to light, but because of a running thread of jokes born from a spelling mistake by the Yahoo Finance Twitter account.

And Black Twitter never sleeps. Twitter users got the chance to spin the mishap to something more humorous under the hashtag #N*ggerNavy.

me and the white community reading these yahoo finance tweets but not being able to RT or participate in the jokes pic.twitter.com/i8gPC7Oa6T

For a cultural phenomenon worthy enough to have its own Wikipedia page, the label “Black Twitter” isn’t really an attempt to separate the black community from the rest of Twitter. But Black Twitter is a unique, distinct movement in itself. Let’s not forget that this community is also a force that birthed movements under the hashtags #BlackLivesMatter, #OscarsSoWhite, and others. This time around, everyone in Twitter can get in on the humor and chuckle a bit. And social media managers, please proofread your Tweets before you schedule them.

SHARETerrible, immature people continue to find new ways to be horrible in new...

SHAREAnyone who says that they hate anime is lying. Was that a bold...