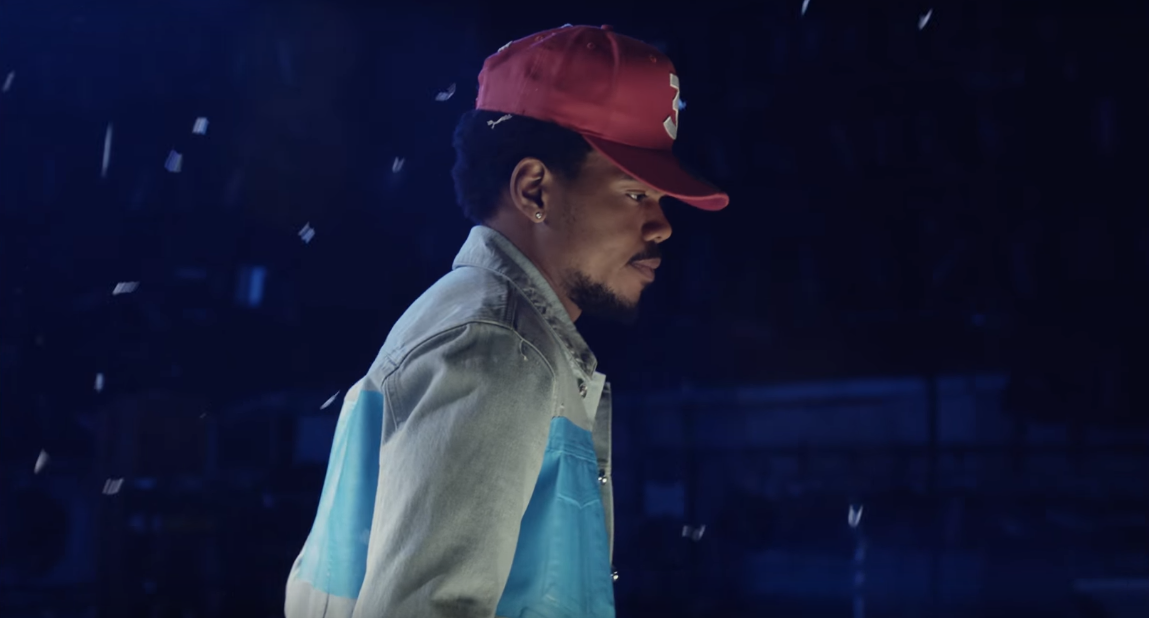 The video starts with Chance set in what seems to be a ’90s Sesame Street-style program, seated at a big ol’ nice piano with a giant puppet. (Muppet? Not-Muppet, because this isn’t a Henson production?) The puppet eventually sings the female parts of the song until the end.

And oh boy, does the end get really weird. As the song finishes in an extended outro that sounds remixed for the video, the team behind the production Chance is in is revealed to be entirely made of puppets, from the cameramen to the programmers. Everyone is a puppet in this world, in which snow apparently also falls indoors. The song’s lyrics are a pretty clear metaphor for the alienation one feels with a person—in Chano’s case, a girl—who’s ended up growing apart from you.

The video takes this theme to a whole ‘nother level, with the portrayal of everyone else as puppets showing that either Chance is growing apart from the rest of the world, or the rest of the world is moving in a completely different direction from him. Whatever the true answer is, the video is both sobering and trippy, enough that the president is probably gonna hate it (just because the song has “drugs” in its title).

Check out the video right here: