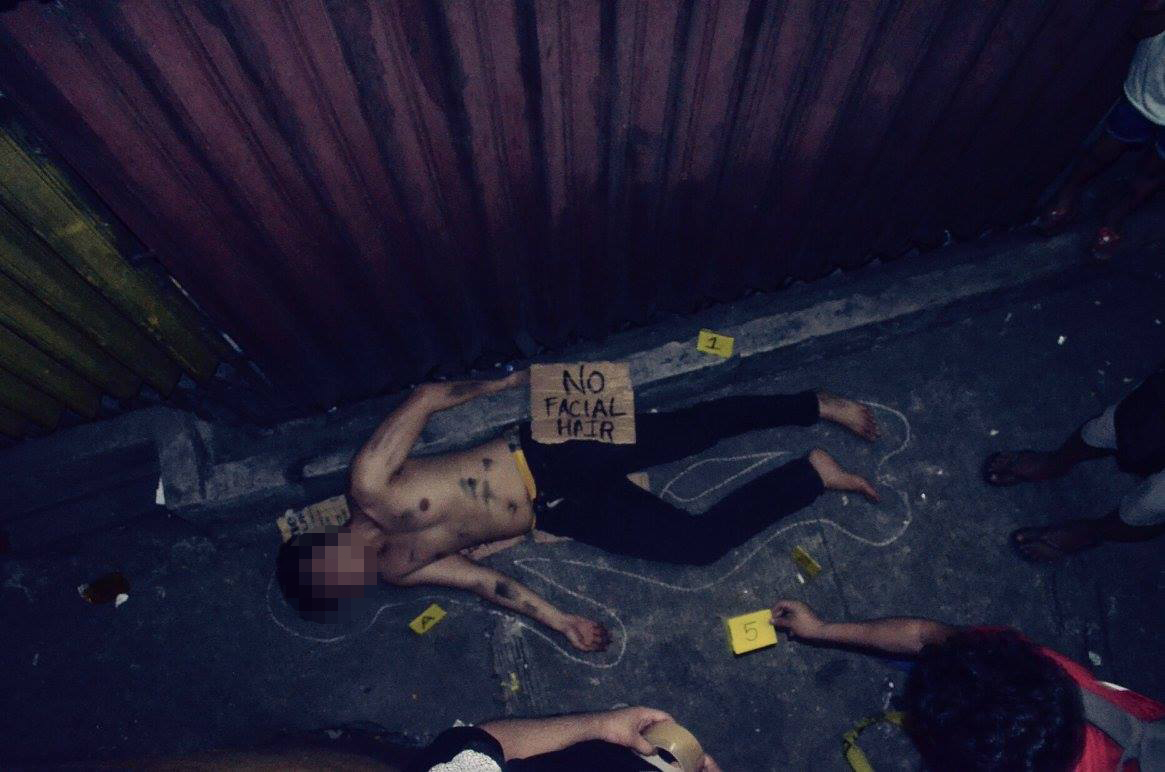 You know, “Mr. and Ms.” pageants are one thing: done wrong, they come off as tacky, artificial, and trite. Taken to its basest form, the worst of these pageants pit individuals against each other in a competition for approval and beauty from a list of highly critical judges. It can get brutal.

(Note: Faces on the above screenshot have been blurred out to prevent identification of the candidates.)

But not as brutal as this. Yesterday, the Facebook page “Mr. and Ms. PUP- Engineering” released a set of photos that appear as a photo shoot featuring the candidates of this year’s Mr. and Ms. Engineering 2017.

What do you make of this? Who sat in the meeting and said: “let’s make our theme based on extrajudicial killing. let’s prop their bodies on the floor and put a cardboard sign in them — just like the thousand lifeless bodies left in the wake in the war on drugs. That’s the theme.”

And the signs. By putting their “flaws” on the signs does this mean those supposed flaws are their cause of death? What does this make of the real cardboard signs that shout “Pusher ako, wag tularan.” Are they saying these allegations are the same as the allegations they put on themselves? Are they saying their flaws are the death of them? WHAT’S GOING ON?

Nevertheless, this whole deal isn’t cool. Extrajudicial killings are no joke,  no opportune time to turn into pageantry, and definitely not some theme that you can twist and turn into something else. There’s dark humor and offensive material for the sake of satire, but this is definitely not it.

What say you, PUP?  The Mr. And Ms. PUP – Engineering Facebook page has yet to offer their piece on the matter, but we’re willing to hear them out.

“The event head of the Mr. and Ms. Engineering 2017 Pageant would like to take full responsibility of the ‘EJK’-Themed Photoshoot. Although it was done without any form of political malice, upon realizing the insensitivity of the idea, we decided to take down the pictures from our Facebook page. We would like to extend our sincerest apologies to those who have been offended by this. And, we would like to request your website to please take down at least the pictures of the candidates for they might be subjected to cyber bullying. We promise to be more sensitive and responsible in our actions next time.”

We have complied with their request to take down the photos.

We wait for PUP to issue a statement as well.

Let’s hope that this incident serves as a lesson for everyone not to make a gimmick out of something as serious as extrajudicial killing.

Photos from the Mr. and Ms. Engineering – PUP Facebook page.