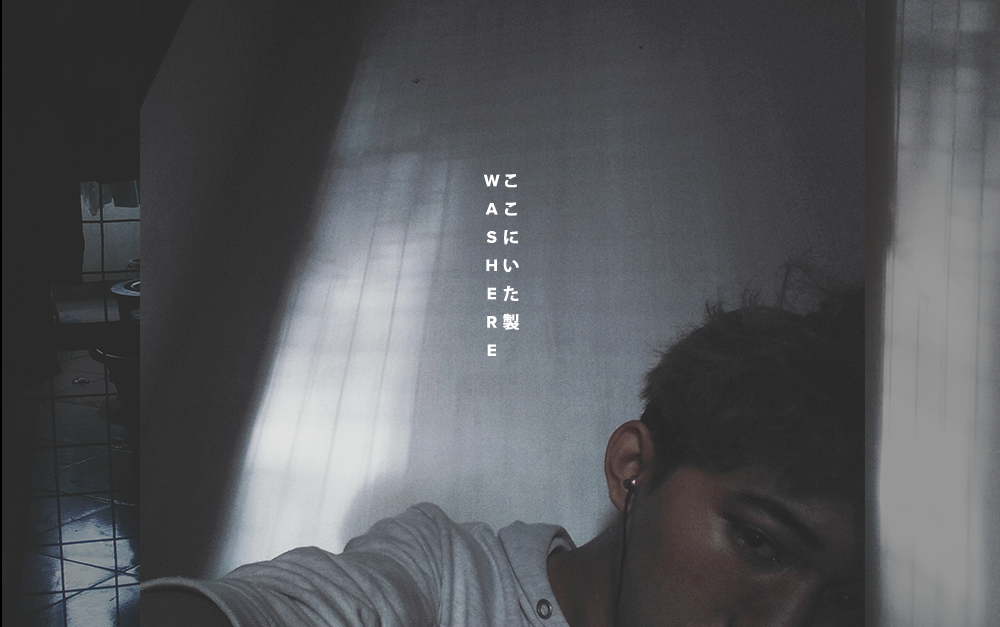 These are the lyrics of Laguna-native WASHERE’s track “Yokona,” an otherwise upbeat song damped down by the haunting lyrics.  “Pekeng Maling,” another track by WASHERE, features the same juxtaposition of frenetic, wavy production and moody, even grim, songwriting.

But not all of WASHERE’s tracks make you want to cry and dance at the same time. The Flying Lugaw describes his music as songs that “makes you wanna run up to the dark and flashy dance floor. For you to take a step forward and dance to the beat.” In fact, WASHERE’s first-ever track was a “Pusong Bato” remix. “I started around 2015, I think. I cant remember. But I remember posting on FB saying I wanna hear classical folk Filipino music remixed into EDM. Then I tried to make it myself, half-assed, half-serious.”

Half-assed, half-serious could probably be an apt description for some of the tracks that WASHERE has released, but for WASHERE, it’s an expression of mood, emotion, and overall state of being. For WASHERE, music is emotional release.

“WASHERE is a project that I started solely as an escape from facing my extremely boring everyday life.” John San Juan, a.k.a. WASHERE, answers via Messenger when asked what his moniker meant. “Before, painting was my escape but it didn’t work for me anymore. Then I started making music with the mindset that everyone can make PC music. I got that from Youtube comments.”

On how he came up with the name, he gave a similarly humorous, if not simple, answer. “I was uploading my Bodies of Water home made album thingy online and I was like damn, I need a name. I was browsing my friend’s Instagram and it has the words “washere”. I went with it, [it] was a last minute name.” 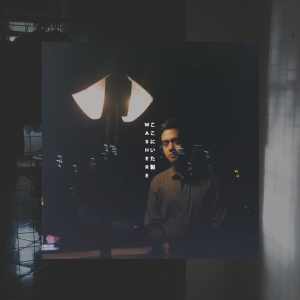 Bedroom producers don’t have any contractual obligations to follow through. No stipulations written on paper. Nothing to lose. There’s no expectations outside the walls of the bed-slash-studio; the only obligation they have is to themselves. So when it comes to making music, these producers have all the freedom to pursue what they want. WASHERE is one of these.

“My songs are influenced by a lot of things, from ambients, ASMR, korean R&B, etc,” John mentions. The influences are varied and far and in between, but you can tell that there’s a lot going on in his music. His Bodies of Water project, described by WASHERE as “the outcome of me trying to simulate the different emotions I felt in my reoccurring dreams about death and different bodies of water since childhood,” is an absorption of different sounds: creeping synths and lingering rhythms and wobbling ear candy beats. If your idea of party music makes you want to close your eyes, lean against the wall, and slowly nod while taking a sip of whatever, Bodies of Water is party music. 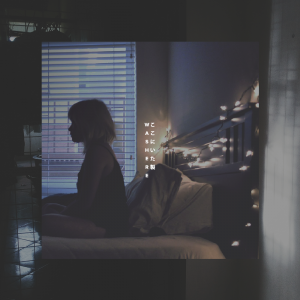 WASHERE’s latest project, 40;^), comes up as more refined and structured in comparison. Behind the wavy synths and bubble pop vocals lies tightly wound narratives that revolve around John’s life experiences. In Soundcloud, the songs are tagged under #Storytelling. “One of the songs in there actually tells a story from my past,” John says.  “[Another] one of my songs in this new EP is me releasing from my fuccboi phase, LMAO.”

“The concept of 40;^) is connected to sleep and waking up. Some songs there, I went for lullaby-sounding vocals, kinda like whispering in your ears feels. Definitely lots of panning.” The project’s first track, “gisingin mo muna ako,” renders a vocal soundbite almost incomprehensible and tweaks it to a loop. “Sa umaga,” featuring Hana ACBD, plays around with the sound of a ringing alarm clock and the early morning crows of a rooster with Hana ACBD’s soft vocals. Both songs are catchy as hell. 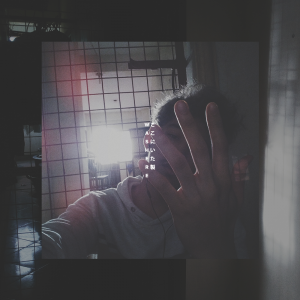 Surprisingly enough, John credits the Gone Girl soundtrack as a main inspiration for the project. “That movie is my source of energy. I watch it when I want to feel confident for the whole day It’s like supplements.”

Looking back at WASHERE’s discography uncovers a change in sound, and with music so attached to the creator, it can’t be helped but to ask if something changed in the artist as well. “This EP release to me is like a release from my previous attachments to negativity,” John answers. 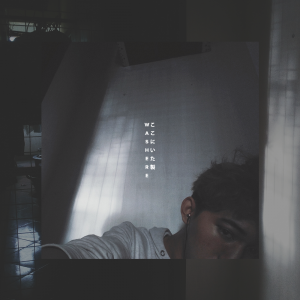 For something as universal as music the markers of what’s familiar, and in extension, what’s LSS-inducing, when it comes to WASHERE is the use of Tagalog, the wobbly synths, the ear candy chords. These are things you shouldn’t take aside. But it’s also an eye into the young and the troubled, whose topics of interest fall into the meanderings of love given and not received, of the crass and benign, and of the meme-worthy and tear-jerking. In sharing his own distinct feelings in music form, WASHERE shares what others feel too

“I was like okay, I’m gonna make music, kaya pala kahit sino, eh. Sometimes I think about it. Maybe everyone actually can express themselves thru music. ‘Di lang nila na-explore, y’know?” The magic of a shared experience captured in music has made the charts, but there’s also beauty found in distilling one’s own personal experiences and influences to music form, for anyone and everyone to listen to. In other words, you don’t have to relate to appreciate.

All aboard the feels train.

SHAREWhat a night. Summer camps—the ones that pluck you out of your comfort...