There are various reasons artists produce music. Some express activism while others empower people. There are also those who want to curse their exes in a ~creative~ way and those whose goal is to simply see you bop your head to their songs.

Then there’s XTIE, a Hong Kong-based self-produced indie artist who uses music to channel her emotions and react to real-life situations. “I often have pent-up emotions I want to release—like anger, sadness, and frustration—so I create music to channel them,” XTIE opens up in a chat with Scout. “I get inspiration from my daily life, my friends, and also the things happening around the world.”

With honest, candid, and sometimes, humorous lyrics, it’s easier for the producer-artist to express herself in this fashion. Although she often uses fictional and extraterrestrial entities in songwriting, the general themes of her tracks have always been inspired by her personal experiences.

So far, XTIE has released singles about being occasional enemies with your friends, Virgo kids who constantly put unnecessary pressure on themselves, and building a flower town to escape the chaos brought by reality. Oh, and can you believe she also wrote a song from the perspective of an alien?

Uh-huh, her latest single “Spaceship” is about an alien observing Earth and seeing people repeat history and their mistakes. It’s a song that hopes to transport you to a world free of bad habits, toxicity, and many other absurd issues humans face. Production-wise, “Spaceship” has a dreamy and ethereal vibe (as if to mimic the feeling of floating in space) and is accompanied by various ’70s and ’80s sound elements.

“I’ve always wanted to be a singer,” XTIE shares without a moment of hesitation. “When I was in primary and secondary school, I took part in a lot of singing competitions. That’s when I realized I [wanted] to sing.”

During that time, the singer-songwriter was just a young girl with big dreams who had no idea that there’s an industry supporting people who want to do music professionally. So when she finally learned more about the music scene, her desire to produce songs intensified—if not for herself, then at least for other artists. 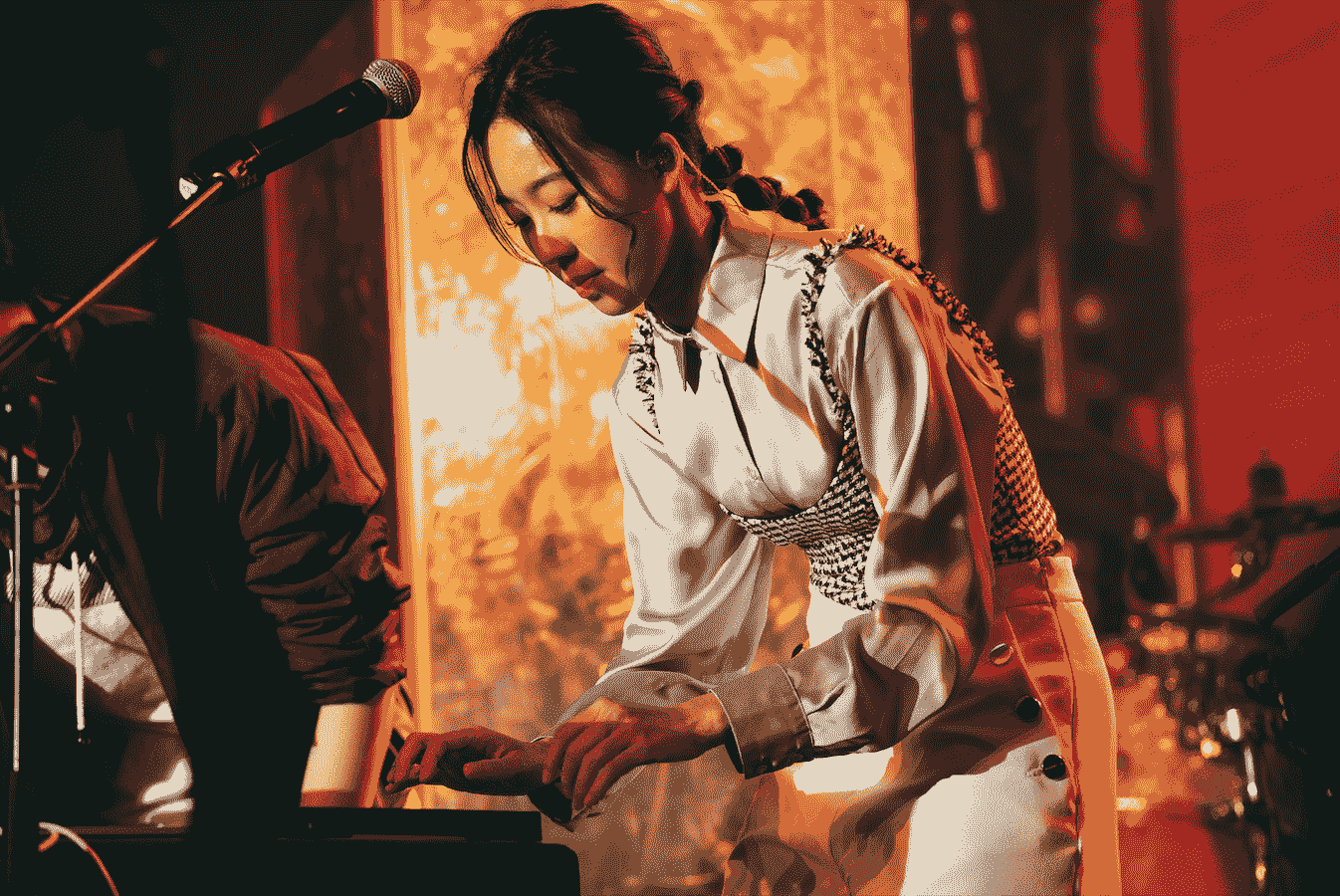 “I started writing songs when I was in high school. Then it came to a point when I wanted to make better demos and that’s how I started learning [music] production on YouTube,” she tells us. Soon after self-learning, she became a songwriter and/or producer for a number of local artists in Hong Kong (and some Korean acts) before ultimately deciding to pursue her own singing career.

Exploring the sweeter side of pop (for now)

Those who have already checked out XTIE’s stuff would quickly notice the common denominator among all of her songs: bubblegum pop influences, catchy vocal chops, and euphoric dancefloor moments.

When asked if there’s a specific reason she decided to focus on these genres, she answered: “Growing up, I listened to a lot of electropop and western EDM [songs]. So when I [was just starting] out [as] an artist, I mainly produced soft electropop music.”

Her vocal texture was a big factor, too. The moment she realized she tends to sing “really” lightly, she immediately figured the lighter subgenres of pop would suit her voice more. Plus, these kinds of music (which she collectively calls the “ear candy kind of sound”) fit her personal taste.

XTIE also reveals that she often uses her voice to tweak her demos and do sound design. “I think that’s what makes my soundscape more unique. I use my voice to do some music production by layering it until it becomes lighter.”

“I love Taylor Swift since I was 16 or 17. She was the first woman I knew that could actually write songs and speak for herself,” says the producer-artist. “She’s a huge icon—one of the most famous women in the music scene—so she inspires me a lot.”

On the production side, she looks up to Troye Sivan and Lauv, who both had a “DIY artist” journey. According to XTIE, these two artists reminded her that she could be her own artist using her authentic sound. She was inspired by how they were able to grow their music careers without higher-ups telling them what to do, especially when they were still starting out.

When asked about her favorite self-produced songs, she becomes more like her lyrics—relaxed and candid. You can tell making music brings her genuine happiness, if her growing smile while talking is anything to go by.

“It’s actually an unreleased song, which I recently finished the production. It’s for a local artist in Hong Kong who went independent after being with a big label for years,” says XTIE. Despite being unreleased, she didn’t hesitate to share what it is about. “It’s about online verbal bullying—how people on the internet just kind of attack somebody without really knowing their story.”

As public figures working in the music scene, specifically, there will be people quick to judge them based on how they sing, how they look, or how they do things. So XTIE (and the artist she’s producing this song for) wanted to address how words can kill, but also heal people.

As for her own releases, she considers “Frenemy” the closest to her heart. It’s her most personal song because she wrote it when she got a bit disappointed with her friends who weren’t supportive of her indie artist journey. “Plus, we have this tendency to compare ourselves to others and be jealous of their accomplishments, especially now that social media plays a huge influence in shaping our lives. ‘Frenemy’ also touches on that topic,” she adds.

Breaking through a different kind of creative block

For most artists, a creative block happens when inspiration temporarily stops flowing. It could come in the form of zoning out when you’re supposed to be writing lyrics or entirely losing interest in your work. But the Hong Kong-based artist hasn’t experienced anything like it in a long while. “I have this small notebook I always carry around, so whenever a story, an idea, or even a keyword pop in my head, I can easily jot them down.”

There are also times when random beats invade her mind even during time off work. Whenever that happens, she would quickly open her phone and make a rough draft of loops, chord progressions, sound choices, and sound design.

So for XTIE, a creative block happens when she can’t tell if the song is already in its best version. “I usually ask myself, ‘Is the production really done? Do I still need to add one more layer of a sound choice? Should I have this element panned to the right? Oh, maybe I can improve this bit.’ There’s a lot of decision-making behind it, and sometimes, I couldn’t determine if the song’s finished,” she admits.

But the good thing about being able to write and produce on her own is freedom. XTIE reveals that whenever she experiences this kind of block, she would immediately take a step back and breathe. She doesn’t stress over strict deadlines because she’s her own boss.

As a woman navigating the industry, XTIE wants to see an environment where women are able to achieve as much as men do. “Let women in music thrive. I want to witness more women succeed on their music journey,” she says. She’s also waiting for the time when people would stop addressing her as a “female” producer.

Right now, XTIE is currently preparing for her debut album to be released in March. Its working title is “Oxymoron,” and it fittingly involves putting together contrasting ideas.

“What’s special about this album is the people I’m gonna be working with. For my previous releases, I did everything on my own—writing, producing, and performing. But for ‘Oxymoron,’ I invited several producers (who are all women) to collaborate with me,” XTIE shares. “It’s gonna be an album celebrating women in music.”

SHAREAs the fashion world continues to serve us seasonal fads to experiment with,...