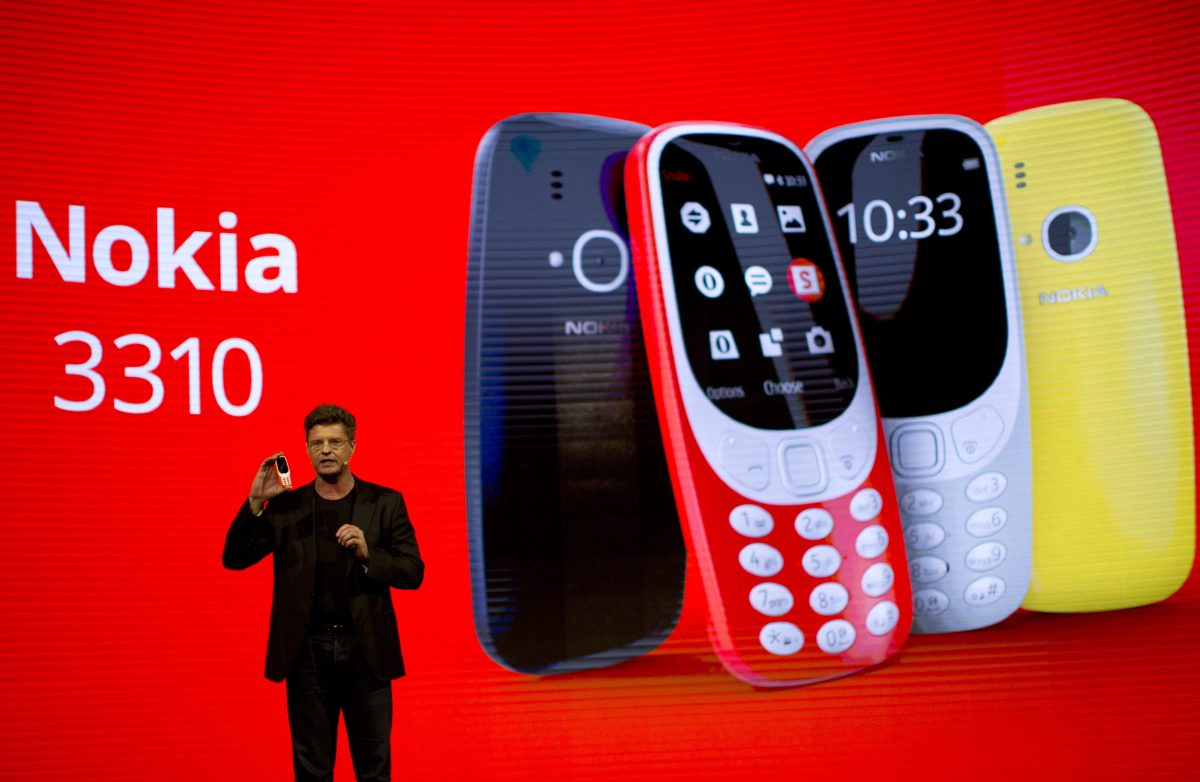 “The mobile technology world is in flux,” writes Mark Scott on March 1 for the New York Times. Scott points out that from all the releases from this year’s Mobile World Congress, the device with the biggest draw was the nostalgia-inducing Nokia 3310 reissue, which looks a lot like the 2000 original, but not really. The new version still has the battery life, weight, shape, and the old time-waster game Snake. But it’s far from replacing the phone that’s currently in your hand; the dismal 2MP camera and lack of online connectivity features will make you think that the whole draw of this phone is nostalgia.

Which it obviously is. So why are all the other phones released during the World Mobile Congress aren’t that stellar? Other media outlets report the same findings from the trade show: longer battery life, high phone camera resolutions, bigger numbers and sleeker options, and generally incremental changes to what we have today. There’s no game changer. There’s no “iPhone moment,” as Scott puts it, recollecting the 2007 release from Apple that set out a wave of changes on the tech world for the years to come.

Drones, virtual reality, and wireless technology are all prime examples of what’s trending in technology today, but it’s hard to see how these nifty gadgets will integrate with our lives as closely and as intimately as the smartphone. Elon Musk, Mark Zuckerberg, Bill Nye—thoughts?

SHAREWe all have our own coping mechanisms during this quarantine. From binging on...

SHAREFeel free to repost your IV of Spades concert archives and keep your...