We list down what made us feel good and we hope they might make you feel good too. But not all the time. Feeling good all the time doesn’t sound all that cool because by then you’d never look forward to anything and most of all, you wouldn’t appreciate life.

Where were we? Let’s get to it:

Legion — 20th Century Fox, the guys who hold the adaptation rights to Marvel’s X-Men franchise, finally realized what Netflix was doing and got on the wagon. Between Logan and Legion, the new FX series about C-list (but extremely powerful) telepathic mutant David Haller, also known as, uh, Legion, is great. It’s another example of superheroes breaking their PG boundaries and finally existing in a more mature world. Legion is pretty damn weird, and I’m all in for more mindfuck sessions.

Kiko Mizuhara in The Weeknd’s “I Feel It Coming” MV – AZN REPRESENT! Kiko Mizuhara is owning it in The Weeknd’s latest music video. As always, Kiko is 10 out of 10. And now, she’s not just breaking Asian grounds but, she’s starting to break through the US scene little by little. Shame on you, Elite Daily for calling her a “Bella Hadid look alike”. Watch your mouth. She’s more than that.

Puerto Galera’s “Dabo-Dobo” – I got to taste this at the Malasimbo Festival, and it was just so good! It’s not your typical adobo that’s for sure. It has mushrooms and little bits of fried garlic, and the result has the usual sweet and salty flavor with a little kick of sourness. I can’t wait to try and remake this at home! 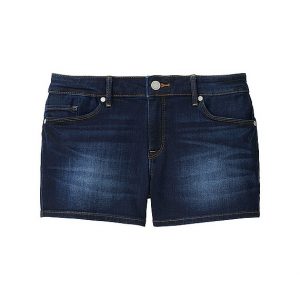 Uniqlo Denim Micro Shorts – These were on sale for 390PHP when I bought them; they were a total steal. I think I finally found the comfiest denim shorts ever! Usually, I don’t enjoy wearing denim shorts since I find them too restricting and uncomfortable around the crotch area, but Uniqlo’s are stretchable and soft despite being denim. I’ve worn them at least once every week since my purchase because they’re so comfy and fit. 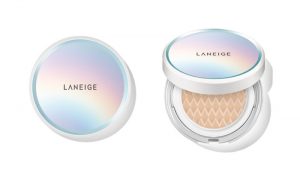 Laneige Pore Control BB Cushion – This is my go-to makeup item when I don’t feel like putting too much on my face. I usually just put lipstick and Laneige’s BB cushion on and it’s enough to make me look like a decent human being. I love how this is able to even out my skin tone and make it seem flawless without it looking cakey. The coverage is very natural and it lasts quite a while! I recommend this for people with oily skin since the finish is semi-matte. 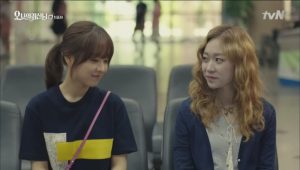 Oh My Ghost – I know, I watch too many dramas! But I can’t take waiting one entire week for two new episodes of Strong Woman Do Bong Soon. Because my former Scout managing editor recommended it, I began watching Oh My Ghost, which coincidentally stars Park Bo Young too. I’m currently on episode five and I love the chemistry among all three leads–Kim Seul Gi’s frisky ghost included!

ｙｏｕｎｇｓｌｅｅｐｙｂｏｉ-  Nights With You EP  – I love this producer’s music, man. I’m happy there are local artists exploring future funk. This tape makes me want to go up a building rooftop at night with a bottle of wine and just drink it while looking at the horizon, Or inside an early morning jeep, where the road is clear and the passengers are half-awake and you don’t know who just left their home and who are just about to go home. Some pseudo-romantic situation like that.

P.S. shoutout to the artist of the cover art of this EP, our intern Aaron. good stuff.

Julius Babao, local streetwear god – No, I’m not trying to be edgy or ironic or lowkey shading Mr. Babao by including him in my faves. I’m just saying that the guy is a legend. He embodies the rising globalization of streetwear culture, the increasing accessibility of what has been an overseas connection. The gates hoisted up by resellers and pre-orders have been lowered ever since these streetwear specialty stores have popped up in the metro. The only ‘in’ to streetwear culture, if we were to put it up to the standards of hypebeasts and clothing-centric discussions, would be money. Cash rules everywhere around me, and people who can afford to throw that much dough (read: Julius Babao) will reign. Congrats?

SHAREIs  BEDSPACER’s “Elixir” not enough to fuel your need for this genderless alien...