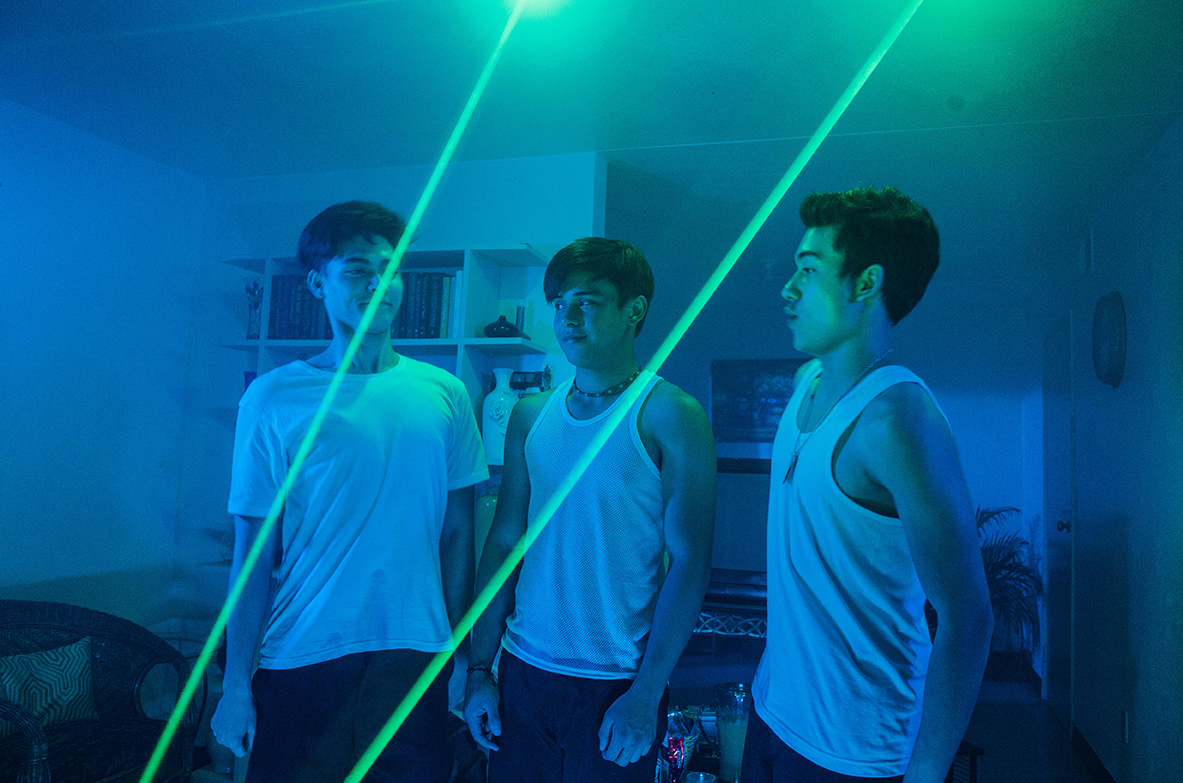 Cinema One Original movie 2 Cool 2 Be 4gotten is being released nationwide in limited theaters today. Before we continue to mention our top reasons for watching it right now (no seriously, the sooner you catch it, the better), there are some matters that need to be addressed.

A couple of days ago, the news broke out that the movie was given an R-18 rating by the Movie and Television Review and Classification Board (MTRCB), which is a bigger blow to an independent film already struggling to find a place in local theaters. This rating is total BS, if you ask us. There have been worse movies rated better. Also, who else would be a more appropriate audience for an LGBT coming-of-age story than the LGBT youth themselves, who are now hindered from experiencing a film they can fully identify with?

Director Petersen Vargas went on to state how he’d always wanted to watch a movie like 2 Cool 2 Be 4gotten when he was growing up and the injustice he’d felt facing the board who’d rated his story as such.

it’s been nothing but disheartening to hear from people who would’ve planned to see our film tom but 1) not showing in their area; 2) R-18 ? https://t.co/axRc8foDnc 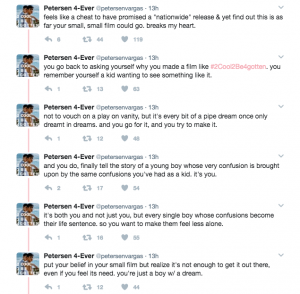 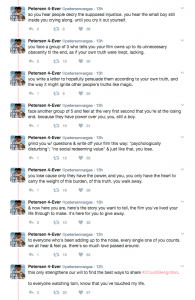 2 Cool 2 Be 4gotten deserves all the recognition and praise it’s been receiving from audiences and critics alike. It’s one of the more relevant movies ushering in this groundbreaking new era of local filmmaking and thus needs all the help it can get to support the story it tells and inspire more quality films that represent minorities.

That being said, if you need more convincing, then onto this list of reasons why you can’t afford to miss out, and why 2 Cool 2 Be 4gotten just needs to remain in theaters:

2. The plot twists – We sure were expecting a lot of drama, but certainly not this major plotline that unravels itself halfway through the story. Guaranteed, you will be surprised by the direction the movie eventually takes. It’s a roller coaster experience for the viewer. Being good sports, we won’t hand out any spoilers, but we can tell you that you’re in for an ending totally unexpected.

3. The movie has some surprisingly funny moments – The trailer looks pretty serious, but the overall film actually has some memorable one-liners as well as characters that bring on the laughs albeit the somber atmosphere, including Felix’s homeroom teacher and Maxim Snyder himself.

4. Quality acting – All three actors were praised for their performances in 2 Cool 2 Be 4gotten–a feat for Khalil Ramos, playing his first leading role in an indie film, and newcomer Ethan Salvador, in his first movie ever. Fellow newcomer Jameson Blake, who plays the cockier Snyder brother, bagged the award of Best Supporting Actor for the film fest. Watch out for his daring scene not many actors would attempt to do.

5. It’s a touching coming-of-age movie – If there’s a genre of film that millennials could relate to the most, it’s the coming-of-age movie. In 2 Cool 2 Be 4gotten, main character Felix is an outcast who eventually finds true friendship and love in one of the Snyder brothers–a familiar tale that anyone can identify with, except told in a unique manner and set against a 90s-era Pampanga, post-Pinatubo eruption.

6. LGBT representation – We’re glad to see that Philippine cinema is taking baby steps to having LGBT films as a norm, especially with the younger audience. You don’t see many full-length movies with leading LGBT characters set in a Philippine high school, much especially a province away from the metro. 2 Cool 2 Be 4gotten is a gem and a poignant story of both love and friendship that resonates strongly with the local LGBT youth.

7. Award-winning young filmmaker Petersen Vargas directed it – Even before putting out 2 Cool 2 Be 4gotten as his debut movie, director Petersen Vargas has already made a handful of short films that garnered him awards and nominations from Cinemalaya, Cinemanila International Film Festival, and the Gawad Urian Awards. You can hype yourself before watching the movie by watching some of his work here. He’s also behind the first Filipino web series that tackles LGBT issues, Hanging Out.

Photos courtesy of 2 Cool 2 Be 4gotten