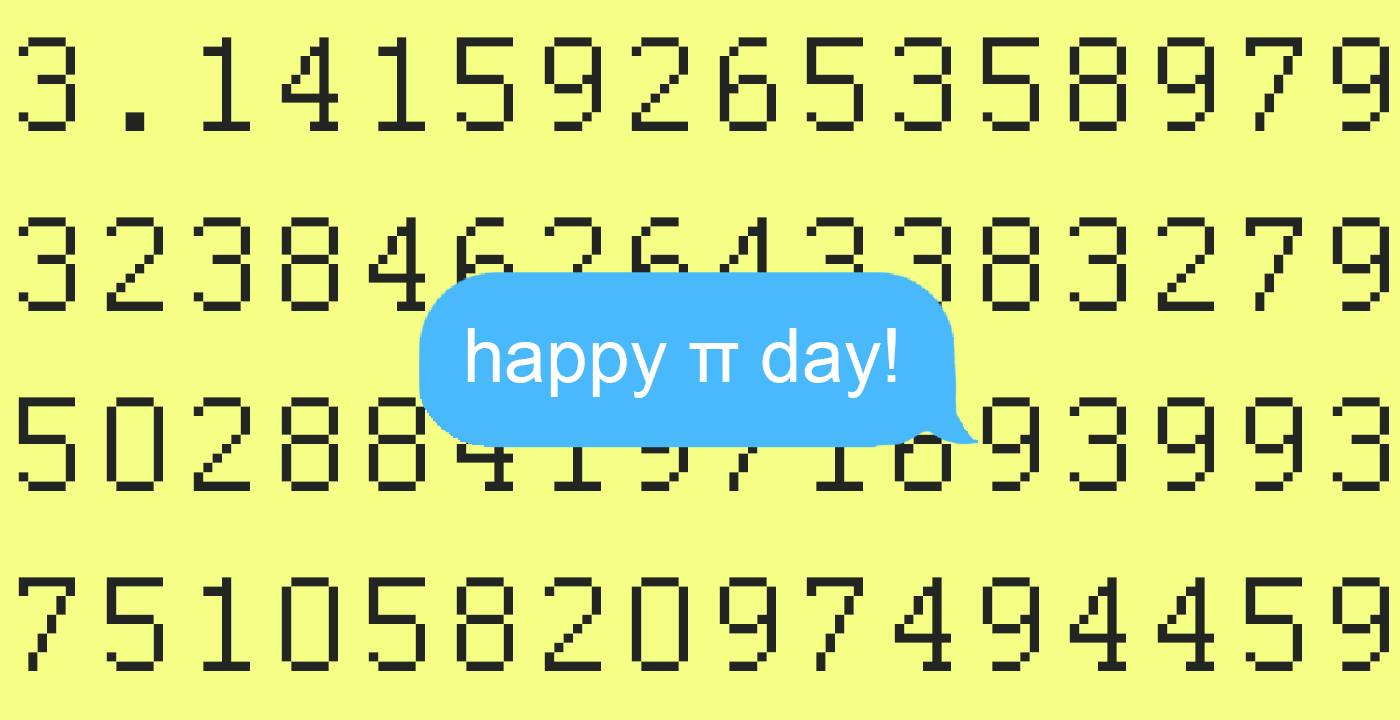 Ah, Pi day. The day of Pi, otherwise known as π, which is roughly equivalent to the number 3.14. Which is why it’s celebrated on March 14.

Pi stands for the ratio of a circle’s circumference to its diameter. It is a mathematical constant that is also irrational; the decimals after 3.14 go on and on and on but don’t fall into any pattern. But it’s a number that stays the same no matter how big or large. How can something be constant and yet remain an enigma?

I strongly believe that Pi day should be a holiday worldwide. What’s the reason why? I don’t have a good reason. Nada.

But I don’t think I need a reason, I just need people to celebrate it with me, and make it big enough to be a thing. It’s already a thing in other places of the world (enough to have its own Wikipedia page) but I want it to be as widespread as all the big holidays of the world. I mean, we have holidays about warding off demons (Halloween), waiting for an old bearded man in a red suit to come to your house and leave gifts (I’ll let you figure that one out), or celebrating the end of a calendar. Why can’t we have one about math?

In an attempt to make Pi day a legitimate day to celebrate reasonably (which means a day to take a day off because of the celebrations), I messaged some qt 3.14s “happy pi day!” just cause. Here are their reactions:

My mom turned a cheerful greeting to a text to go home. Thanks, mom. 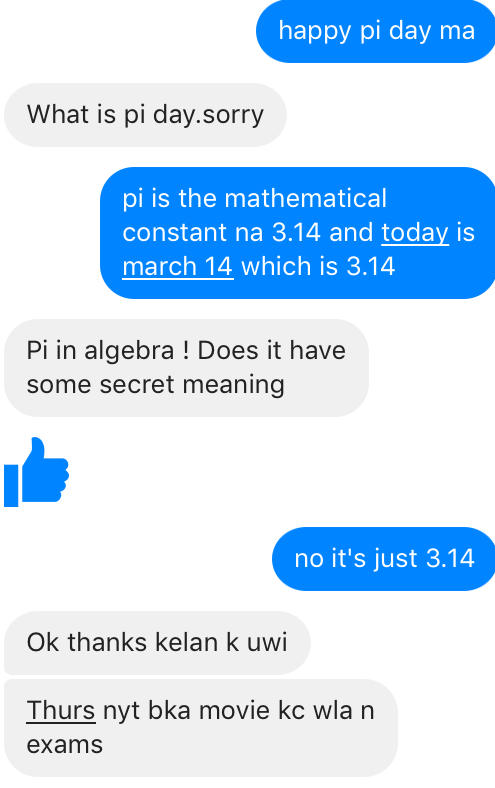 Some were just clueless. I’m dissappointed. 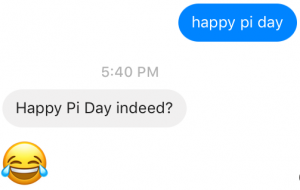 My friend just plain ignored me. What the hell, bro? 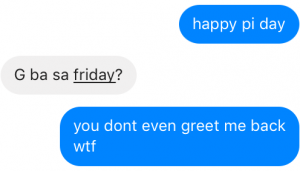 I’m glad some of my friends, however,  are aware of this very important holiday. Recognizing it is the first step to legitimacy. 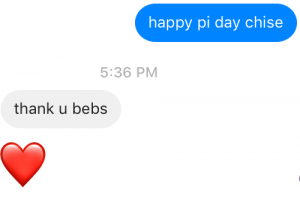 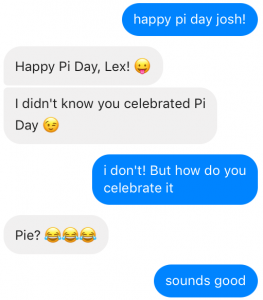 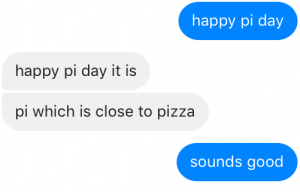 I learned something else, too. 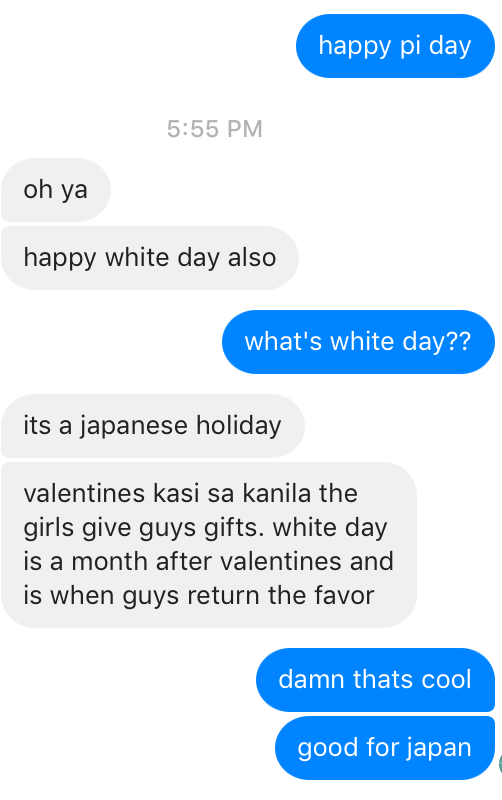 This one takes the cake, er, pie. 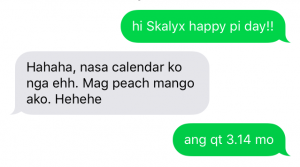 One day, there will be a day where all the calendars will put “Pi Day” on the 14th of May, and everyone in the world can just kick back, eat pies, and recite pi-kus. That day will be known as Pi Day, and it will be awesome. And yes, pi-kus are a thing.

There’s not enough budget for the lab equipment needed for school use, much...

SHAREA 2019 “The Addams Family ”animated film will be released soon, but let’s...