How was your weekend? Went to South Korea, maybe Japan? Did you go to Coachella? Or did you stay with family and did some church visits? Or did you just sleep at home? When was the last time a weekend felt like a weekend? Apparently the last. Raise your hand if you’ve left some work behind.

Taking a break when you have so much shit to do feels so bad, right? But let’s face it: we all need a break. Jasmine Curtis knows it. We’re not robots. Before the eventual Matrix-style takeover of our robotic counterparts in the near future though, we write down our faves from the past week, which is technically our work albeit something we really enjoy.

Oh, and you can put your hand down now.

Kendrick Lamar — DAMN. — Kung Fu Kenny dropped a whole new album on us last Friday as a semi-surprise (we knew it was coming, but only for a couple of weeks) and it goes hard. It panders just a little bit to fans who didn’t jive with his heavy jazz sound in the previous records, but K-Dot makes sure that we still know who he really is even when the sound is different.

Dreamland Arts and Crafts Cafe, Tagaytay — A cafe that’s open 24 hours in the most accessible cold place outside the metro? Board games, books, and magazines? Count me in, yo.

Binging With Babish – I found this YouTube channel through a Buzzfeed video in my Facebook feed. Binging With Babish is filmmaker and food enthusiast, Andrew Rea’s way of merging his love for making videos and cooking. And how is that? Oh, he’s just recreating dishes that we see on films and TV. The ratatouille from well, Ratatouille, the szechuan sauce from Rick and Morty, and more! My current favorite is the pollo ala plancha from Moonlight. I have always wondered how that chef’s special was made ever since I got to watch the film. I wonder when Andrew will make his version of the Krabby Patty. Hmmm. 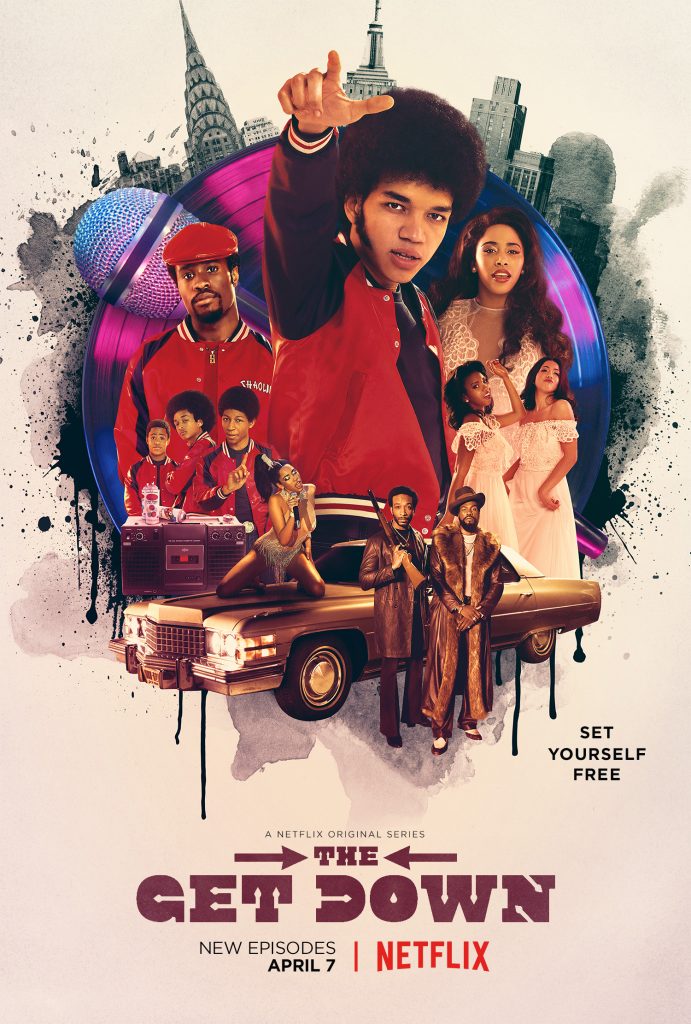 The Get Down Part 2 – The second season of The Get Down is definitely something else. It tackles more mature topics this time, and it definitely had more feels. In this season, we’ll see the characters grow up, and how they deal with matters around them like family, relationships, future, and even life itself. They’ve taken the series into a different perspective, adding animated scenes from the point of view of Dizzee’s artistic imagination. The music? The music is just good. I’m definitely playing Mylene Cruz’ “Toy Box” on repeat. Though I must admit, there were less of Jaden Smith in this one. I wonder why… But I’m still shipping Dizzee and Thor. They’re so adorable together.

The September Issue – I’ve been meaning to watch this documentary way way back. And as I watched it, I couldn’t deny the fact how much I love working for a magazine. It was something I have dreamt of ever since I could remember. I couldn’t be happier that those dreams have finally become a reality. And if you’re wondering, yes, I watched The Devil Wears Prada right after too.

Gorillaz feat. D.R.A.M. – “Andromeda” – When I first heard this song via my brother, I didn’t think that it’d be by Gorillaz. I really appreciate how their sound is evolving for the better and more diverse. You can see that they’re also experimenting with a lot more genres based on their other new releases. Their new album is going to be a mix of so many things and it’ll be beautiful. Sucks that I wasn’t able to see them play live while they were here.
MY Q – “Nite Like Tonight” – MY Q is one of my favorite Korean indie artists and I love the sound of “Nite Like Tonight.” It’s the ultimate track for a relaxing drive or walk around Seoul in the evening, city lights flickering and all that. MY Q is honestly so underrated and he deserves more recognition. Also, this is totally unrelated, but did just about everyone go to Korea last Holy Week? Maaaan.
I’M Onsen Spa, Makati – I’ve heard of Japanese onsens (hot springs) before, but I’ve never actually been to one. I love going to spas, so when I found out Makati’s I’M Onsen Spa was having a weekday promo for 1500 php only, I dashed over there with a friend during the beginning of the Holy Week break. The price can get you unlimited use of facilities (the onsen bath + saunas + wet steams), a full body massage, and a buffet meal that’s really good. I was surprised at the VIP treatment plus how much you get, all for an okay price. My favorite Makati jimjilbang closed down recently, so I’m happy this turned up! Will probably be taking advantage of their introductory prices until the promo period ends.

Escuri – “Sepia” – What a beautiful MV coming from two people I respect a lot. The cinematography is stunning (just look at the use of contrast brought by the black and white treatment. Damn), and it complements the music well. We should have more music videos from local creators.

Star Wars The Last Jedi Trailer – Am I the only one that watched this the hour it came out five times in a row? Yes? High five, my dude. There’s so much nitpicking that’s already done since this trailer came out almost everything I observed has already been talked  about somewhere else. You know what’s neat though? Try playing this trailer beside The Force Awakens trailer. Just try it. (Edit: Someone’s already put the two videos side by side. Oh well.)

SHAREI moved households a few times when I was younger: from my birthplace,...