Anyone following Jasmine Curtis-Smith’s Instagram account would easily be able to spot the difference between her feed and the typical local celebrity’s in the past few months: where the usual artista’s timeline would be full of selfies, endorsements, promotions, and events, homegirl’s was much, much more chill. Enviably chill. There’s a lot of the Pacific Ocean, a lot of Australia, a lot of the Curtis-Smiths, and love all around. For a stretch in the first quarter of 2017, the fact was simply this: the Baka Bukas star was living the life. 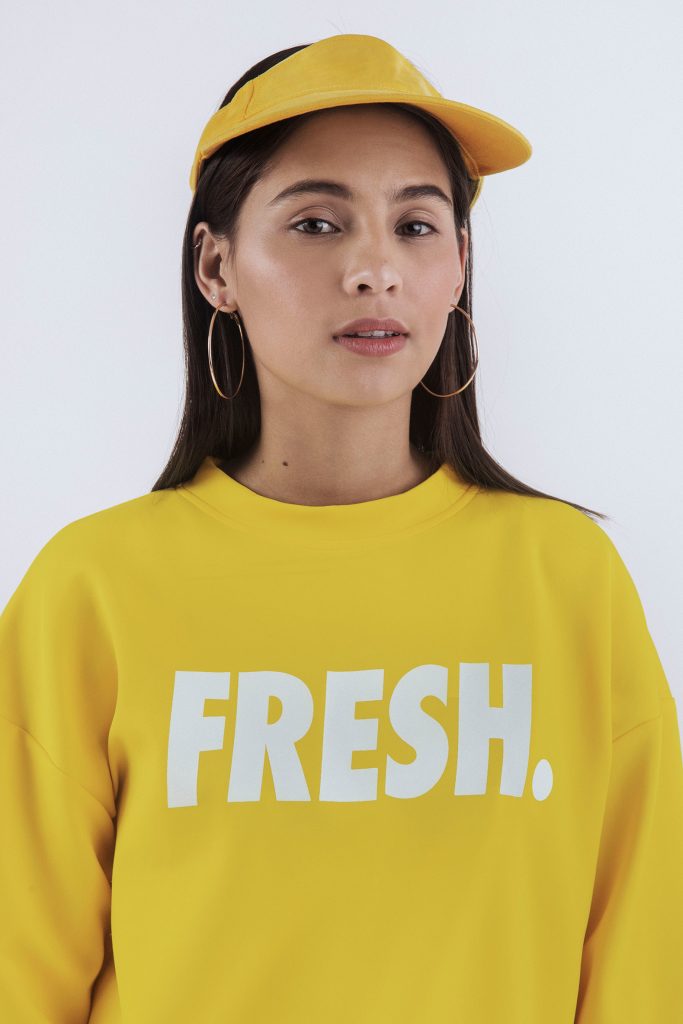 Stars and celebrities going on hiatus is not unheard of. They’ve got the right to take a time out as much as anyone does, but to be away for that long? It’s admittedly a little strange, especially for this generation that believes they’ve got to hustle as much as they can to leave their mark on the world to be taking that much time out. In the local industry, a vacation longer than a month would be the sign of someone who wanted to lie low, put the brakes on their careers, and figure out what to do next, if they want to do something else with their lives.

I assumed it wouldn’t be for someone like Jasmine, who I thought would only want to keep pressing forward on her newfound momentum on the backs of acclaimed works like the aforementioned Baka Bukas, JP Habac’s I’m Drunk, I Love You where she played a supporting role, and her YouTube rom-com series Forever Sucks, where she’s been playing a hundred-year-old vampire for two seasons now. Hell, I’ve gone on two-week vacations where I’ve been low-key freaking out, worrying about the work I’ve left behind—what more two and a half  months? 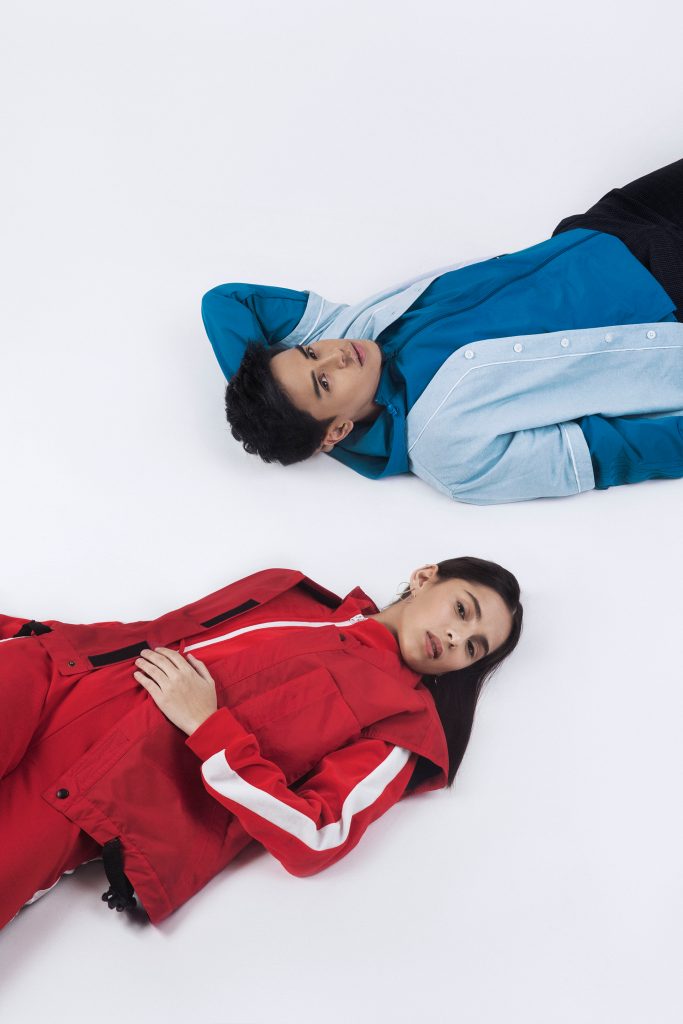 Well, as it turns out, Jasmine’s vacation was premeditated. And joke’s on us: she was supposed to be gone for even longer than that.

Here’s the thing. This generation is so used to hustling and grinding for the cash money, for the fame and the buzz, for eventual legacies—because relentless, passionate hard work was the only thing taught by previous generations. They didn’t realize that it would also take quite the toll on our mental well-being, and if any of them did, there seemed to be relatively few of them. The last time Jasmine was in these pages some year and a half ago, we touched on how the weight of her work was bearing down on her. Late last year she was smart enough to realize that she needed a real break. And the kicker was that unlike some of us, she was brave enough to insist on it.

Jasmine took a break mainly because she had a chance after her contract with her previous network ended, but she also pretty much admits that mental health was a huge factor. “That’s also why I went away,” she says. “I was like, ‘I need to fix that.’ If I wanna work, if I wanna do well and give my all, I have to be able to manage it. It’s such a taboo thing, to be anxious or to be depressed, and people are still kinda apprehensive talking about it. So it was just a time for me to reset, to push the reset button. Like yep, you know what, this (gestures to head) is important, don’t wanna lose that.”

“It’s such a taboo thing, to be anxious or to be depressed, and people are still kinda apprehensive talking about it. So it was just a time for me to reset, to push the reset button.

And she approached the whole time off with a rather Zen-like attitude, never worrying about what a vacation like that would do for her career and whatever her standing right now is in the entire showbiz game. It’s something the more anxious and nervous among us could probably learn from.

“I’ve been so used to having two lives functioning,” Jasmine says. “Every time I go back to Australia, I get a sense of, ‘You know what? I could come back [to Australia] and do what I want here also.’ I could study again, I could apply for a part-time job. I’ve never been really threatened to the core in like, ‘Shit, ‘di na ko relevant pagbalik  ko.’”

“Every time I go back to Australia, I get a sense of, ‘You know what? I could come back [to Australia] and do what I want here also.’ I could study again, I could apply for a part-time job. I’ve never been really threatened to the core in like, ‘Shit, ‘di na ko relevant pagbalik  ko.’”

“I don’t make it my life, compared to other artistas, where it’s really just what they do every day, day in and day out. They wake up at 5 a.m., they go home the next day, and I can only take so much of that. I wanna invest in my relationship. I wanna see my sister. I wanna Skype my mom. I wanna hang out with friends. It may not be a lot of time that I need, but I wanna feel that I have the time, at least.”

And the whole thing seems to have worked wonders for her. She is really chipper during our shoot, cracking jokes left and right, down for everything she has to do. I figure that it also helps that she’s become a little pickier and more assertive with the projects she takes on—in a good way, of course, which fortunately has paid off pretty well for her and her management.

The aforementioned movies and series Jasmine’s been in? That makes her happy, the same way we like to put our hearts in things we actually enjoy. And believe in. Baka Bukas had been an interesting coup, but also a bit of a tough sell—you know how this country works—but it all worked out in the end. 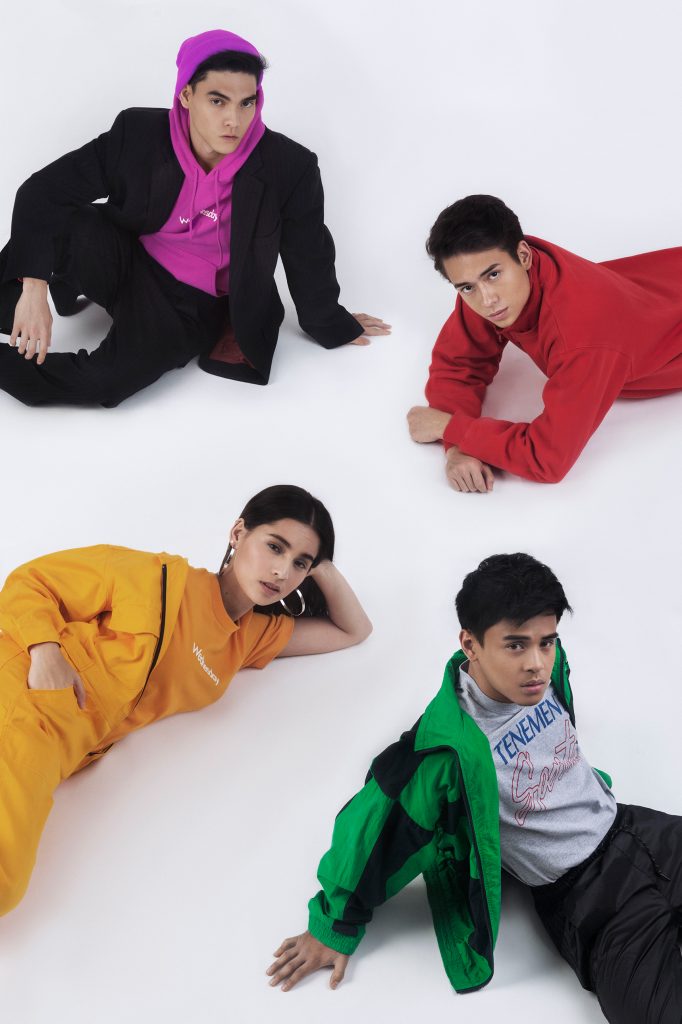 “I’m just gonna keep talking, I’m gonna stand my ground, I’m just gonna talk my way through this,” she says when I ask her what the most important lesson she’s learned since we last spoke was. This insistence isn’t really full-on defiance or rebellion; it’s a mark of a woman who knows exactly how she works. “I know what I want. I know where this is gonna go. And if I didn’t, I wouldn’t talk. So I just kept talking, and that’s why I got my three-month vacation. And that’s why I’m back here, I’m setting my contracts straight, making sure I’m involved in the right things, and I’m not pressured by competition. This business runs on competition, and if you’re competing, it’s gonna kill you faster.”

It’s one step, the first of many, toward progression. For Jasmine, the promising, hardworking but sometimes-or-most-of-the-time-exhausted creative; for society, which needs her and the rest of us to push for the change, quality, and representation we keep demanding; for us, a generation that needs to figure out how to make everything we want and need work without killing our own souls. She’s glad that the people supporting her are finally starting to see things her way when it comes to what she wants to make. We can only hope to say the same thing one day.

If you want to own your future, start here

SHARESnapchat? We don’t know her. We only know IG Stories. And if Instagram’s...