And just like that, the labor day weekend is officially over. No, wait, actually, we’re already pushing into the second half of 2017–guess they were right when they said time flies when you’re having fun. Despite the general BS that’s happened throughout the year, we’d like to think it might just get a little bit better. We could always try, at the very least, right?

“I’m the One” by DJ Khaled ft. Justin Bieber, Chance the Rapper, Quavo, and Lil’ Wayne – Didn’t realize it only dropped last week, only found it fresh on Spotify’s wonderful Release Radar. Ridiculously more fun than it lets on, and premiered right in the middle of summer, where it can compete against Frank Ocean’s “Slide” and probably Bruno Mars’s “That’s What I Like” for #SongOfTheSummer2K17.

“Phases” by Majid Jordan – Being a hardcore Majid Jordan fan, I automatically pressed the play button the moment I saw their new release up on Spotify. I wasn’t sure about this song at first, but it’s the type that grows on you until it gets stuck in your head all day along. Majid Jordan really doesn’t disappoint for me! If this is a preview of their upcoming album, then sign me TF up! Crossing my fingers that they’d come and do a show here in Manila. I’d seriously buy front row tickets for these guys.

The OA – I’m late to The OA party, but man, this show is weird. I’m more than halfway done with it and I’m still slightly confused. It’s kind of hilarious how it takes itself so seriously but the stranger thing is that I can’t stop watching! I do love how diverse the cast is (an Asian trans guy played by an actual Asian trans guy, a Filipino whose character is more than the typical nerdy Asian sidekick, Phyllis from The Office, and the Riz Ahmed!). The show has got its charms, I suppose, but you have to just take what it gives with no questions asked to really enjoy it.

Casting JonBenet – You can tell how much of a sucker I am for crime mysteries because this is the second time I’m putting JonBenet Ramsey’s murder case on my list. Unlike the two-part documentary from Global, this one from Netflix tackles more of the emotions that the JonBenet murder case has brought to everyone. I found myself crying in some parts of the film, especially during the reenactments of the murder.

Bad Genius – I have a confession to make. I am crazy about Thai entertainment. Other people have their Korean dramas and movies, I have my Thai lakorn (that’s drama in Thai) and movies. Directed by Nattawut Poonpiriya and produced by GDH 599, Bad Genius stars two of my favorite Thai actors, James Teeradon Supapunpinyo and Non Chanon Santinatornkul. Basically the movie is about using your different types of intelligence for something that could put you in danger. Intriguing, am I right?! It’s actually showing in theaters in Thailand starting tomorrow. Can’t wait to watch it! 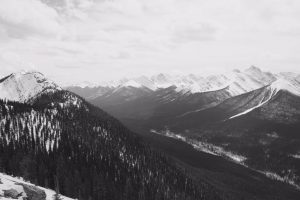 SHARELooks like we’re going to miss one of our weekend (and our lazy...