This week is a busy week. While we’re processing internship applications in the office, we’re also spending our Wednesday in CSB for the second Scout Campus Tour in CSB. We’re also relaunching our newsletter this Wedneday. We’re also working on our next collection of Scout merchandise (soon), our next Scout Socials (June, most likely), and our biggest event of the year, the Scout Music Fest.

You ready for this year’s big party? Stay tuned for all the juicy details! #ScoutMusicFest pic.twitter.com/h4H2dxgsvM

We’re thankful for all the support we’re getting so far, but we also know we have a long way to go. One step at a time.

Now, where were we? 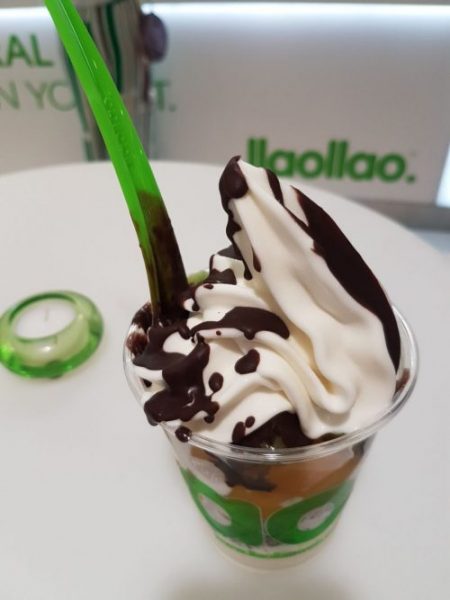 Llaollao Megamall — Not that I needed this branch as a South boy, but my new favorite froyo chain’s expanding, and I’m happy for the takeover. I’m just hoping they open a branch in QC soon; after that happens, we’ll be square.

Calvin Harris ft. Future, Khalid – “Rollin'” — It’s not as good as “Slide,” but I have never, ever paid attention to Calvin Harris this much before until these last two singles. He seems so much better as an R&B/hip-hop beatmaker than an EDM pusher.

Bliss – Last Wednesday marked the premiere of Jerrold Tarog’s Bliss and I was way too excited to wait for the weekend to watch it. I’ve always been a fan of Tarog’s work ever since I saw Sana Dati back in college. I dragged Scout fam Lex and Grace to the nearest theater. No regrets! It was every bit as daring and frightening as I imagined it would be. Read up on my thoughts about it here. And Bliss is still showing today–for everyone who hasn’t seen it yet, what are you waiting for?! 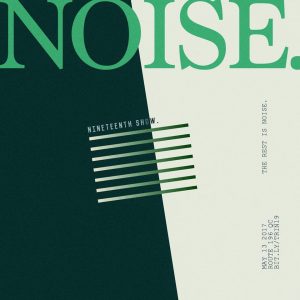 The Rest is Noise 19 – I celebrated my birthday over the weekend by hanging out with the people who matter the most to me and watching my friends Tom’s Story at their The Rest is Noise gig (thanks to my best friend Tom for greeting me onstage!). This edition had a pretty solid lineup, with some artists I listened to for the first time, like BEDSPACER. I loved Similarobjects’ set and obviously, Tom’s Story’s, haha! Going to gigs has always been a hobby of mine and this one just reminded me how much I love watching live music. Gigs > parties, tbh.

Always and Forever, Lara Jean by Jenny Han – I’ve been an avid fan of this story series by Jenny Han. It gives me the right amount of happy feelings that I need. Funny because it all started out as me buying the first installment because the cover looked really nice. Whatever happened to “don’t judge a book by it’s cover”, right? It’s so sad to see that this is already the last book in the series but it definitely gave me the ending that I needed. Now really, I’m just waiting for my own Peter Kavinsky to arrive.

Guardians of the Galaxy Vol. 2 – WHAT A MOVIE. I don’t want to spoil anyone but I’m just really glad I watched. The movie’s design branding was just really good. The soundtrack? Even better. My eyes were literally glued to the screen from start to finish. The credits were just a whole different experience. And Baby Groot? Don’t even get me started on Baby Groot.

The Manila Masters – I just put in “The Manila Masters” not only because it’s the event the video is trying to promote, but also because I didn’t think of anything else. Let’s talk about the video: it’s BANANAS. No, it’s not a Dota 2/video game/only gamers will understand/only boys will understand sort of thing, the video is something else. Who else in the eSports scene has done this? Who?

ICYTWAT – Milk – I heard about ICYTWAT from the Divine Council (the Backstreet boys of hip-hop today, as someone on my Twitter said a long time ago) tape and I enjoyed it enough to follow the dude on Twitter. He’s been hyping this project up these past few days and after the project dropped, I finally got to listen to the whole thing over the weekend. It’s beautiful. Someone talk to me about Divine Council! Fave track: DON JUAN.

Harry Styles – Harry Styles – I listened to this without any expectations and it’s not that bad! It’s pretty good. I imagined that if you’re someone who doesn’t know who Harry Styles is, or if you don’t know that he released a solo album, when this plays on the radio you’d go “What year did this song come out?” And someone who knows better would say that it’s from this year, and it’s from Harry Styles. Harry Styles, huh, you say while looking far away, eyebrows furrowed. The song ends. You remember 2010 was 7 years ago.

SHARELiving too fast-paced is how I maximize my time, although this means compromising...

SHAREHey budding writers, time to polish your long-hidden stories (and pull a friend...