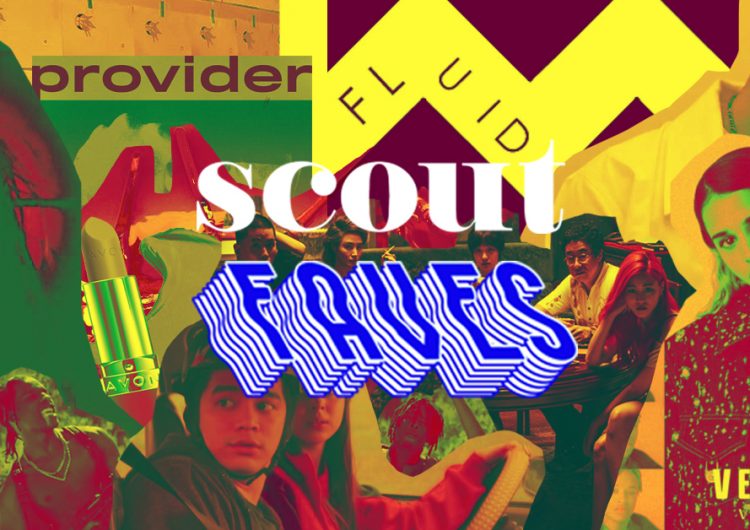 霏 – EP: Fluid –  霏 ‘s latest (probably last?) EP is around 10 minutes of brooding, beautiful pop. Taylor Swift can only dream to be this dark. Favorite track: “Omen”: “I HAVE BEEN TIRED FROM A VERY YOUNG AGE/I HAVE BEEN 1 PERCENT ALIVE” Same.

Playboi Carti feat. A$AP Rocky – “New Choppa” – The new PUBG update looks great. Just kidding. What’s going on here? Visuals are kinda on point? The track is kinda okay? Don’t read too much into it because I don’t think you’re going to get anything.

Love You to the Stars and Back – I’ve been a #JoshLia fan ever since I watched Vince & Kath & James in last year’s MMFF. When I found out Antoinette Jadaone was directing their latest film, I knew I had to catch it. And they didn’t disappoint! Love You to the Stars and Back had such a nicely written script, with good chemistry and great acting from the two leads. I cried and laughed and felt with the film’s characters. Joshua Garcia is someone you need to look out for in local show business. This guy’s going to go places. Please do watch the movie if you want to see something refreshing in Filipino romance cinema.

Avon True Color Perfectly Matte Lipstick in Tempting Mauve – If you want to get some quality matte lipstick for a good price, check out Avon’s True Color Perfectly Matte line. Not only are there so many nice colors to choose from, but they also last long on your lips and are comfortable to wear–none of that ugly drying or flaking that usually comes with matte lipsticks. My favorite shade from the collection at the moment is Tempting Mauve. It’s a pretty half-nude and half-mauve color that looks great on pale skin. Reminds me a lot of MAC’s Velvet Teddy.

Coin Locker Girl – My mom and I stumbled upon this Korean movie while browsing through TV channels one night. Once we saw Park Bo Gum on the screen, we stopped and watched. What makes Coin Locker Girl interesting isn’t its noir, crime genre but its portrayal of women as leaders. In the film, a powerful loan shark gang is helmed by a woman only known as “Mom” (Kim Hye Soo) and she grooms her pseudo-daughter (Kim Go Eun) to take over her place. The whole movie was really compelling and had me on the edge of my seat a lot of times. It also had a colorful cast of characters, led by amazing performances by the two female leads.

“Cyber Stockholm Syndrome” by Rina Sawayama – My friend messaged me the link to Rina Sawayama’s music video for her song “Cyber Stockholm Syndrome” thinking I might like it. And I actually did! The MV takes you to the late ’90s to early ’00s era (spot the Motorola Razr). Rina’s music also reminds me of Aaliyah and Ashanti, songs I could definitely dance to. I’m definitely looking out for more of Rina Sawayama. As a matter of fact, she’s actually connected to my next fave.

#SubVersus, Versus Versace Fall-Winter 2017 campaign – Versus Versace released the ad campaign for their fall-winter 2017 collection and they have put together a cast of young talents to front the campaign, names like Lily McMenamy, Tommy Genesis, Rejjie Snow, Cosmo Pyke, and (yes omg) Rina Sawayama. Photographed by Ben Toms and styled by Robbie Spencer, Donatella Versace calls this cast the “SubVersus Generation” for they are representations of different subculture communities taking a stand and expressing their individuality.

“Provider” by Frank Ocean – I know this makes me cliché, but I’ll always keep a place for Frank Ocean’s releases. He debuted this on his Apple Music radio channel: blonded RADIO, on the night of the VMAs and followed it with a lyric video on his official website.

Walking Down the Hood’s Effin’ Awesome with My Favorite Loafers by Dex Fernandez – On at The Drawing Room until Sept. 12 alongside works by Reina Cruz, Troy Ignacio, Jana Benitez, and Kat Medina, this exhibit by Dex Fernandez, most popularly known as the Caloocan artist behind the iconic garapata character, is a collection of drawings that turn into animation, made when he had a residency at the Fine Art Work Center in Massachusetts in 2015.

Unknown Quantities by Bato – This ongoing exhibit by street artist Dennis Bato’s opened last Thursday at Vinyl on Vinyl. It’s a whole collection of art that is meant to represent the “artist’s process” when making art. Basically art about making art.