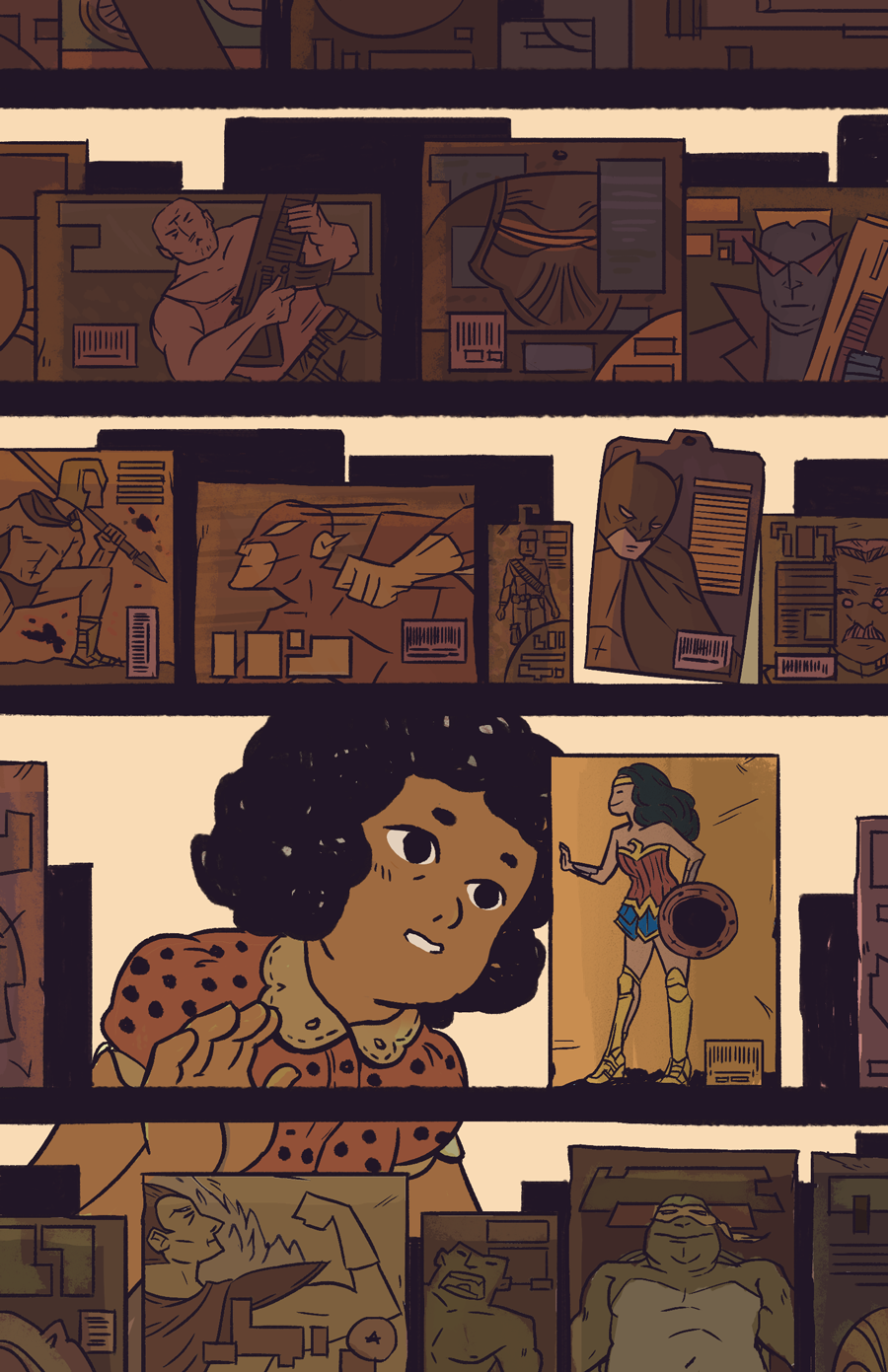 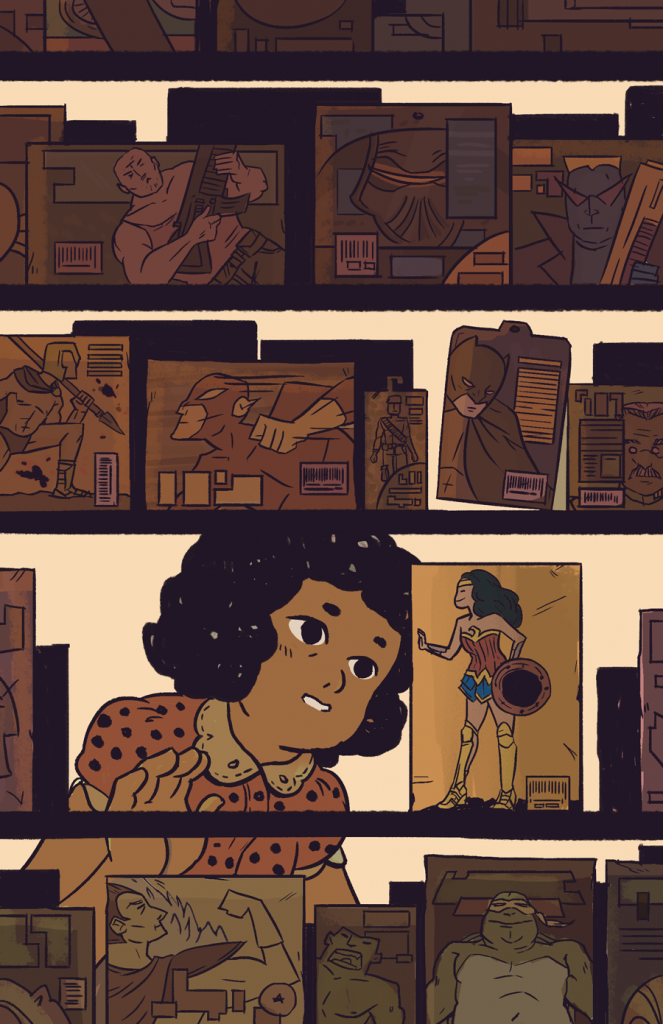 I really liked the new Wonder Woman movie. I cried at a lot of parts. The ending was sort of a mess, but I still left the theatre heading straight for the toy store because I am a grown man-child and wanted Wonder Woman toys. The toy store didn’t order any Wonder Woman movie merchandise, which disappointed me and a lot of other people who came by asking the same thing. Why this is, I have no answer.

This week, we have guest artist Jamie Cabatit. She did the pencils and inks, and I colored the piece. We went over the concept together with the intent of just pointing out how much Wonder Woman might mean to them females of the species out there. The superhero genre is a bit of a sausagefest, in case you haven’t noticed. Representation matters. You know about this stuff, you probably read about it elsewhere. So we just figured, we’d highlight that.

I found this tweet by Patty Jenkins, director of Wonder Woman particularly uplifting

My producer just sent me this… ABSOLUTELY INCREDIBLE! This makes every hard day worth it. Thank you to whomever wrote it!!❤️❤️❤️❤️❤️❤️ pic.twitter.com/3DzIaMueIh

Jamie Cabatit is said to draw pictures and make comics from time to time. Evidence of this can be found at jamiecabatit.tumblr.com, or at @jamiecabatit on Twitter and Instagram.

SHAREHaving a collection or two and a fashion show in more or less...