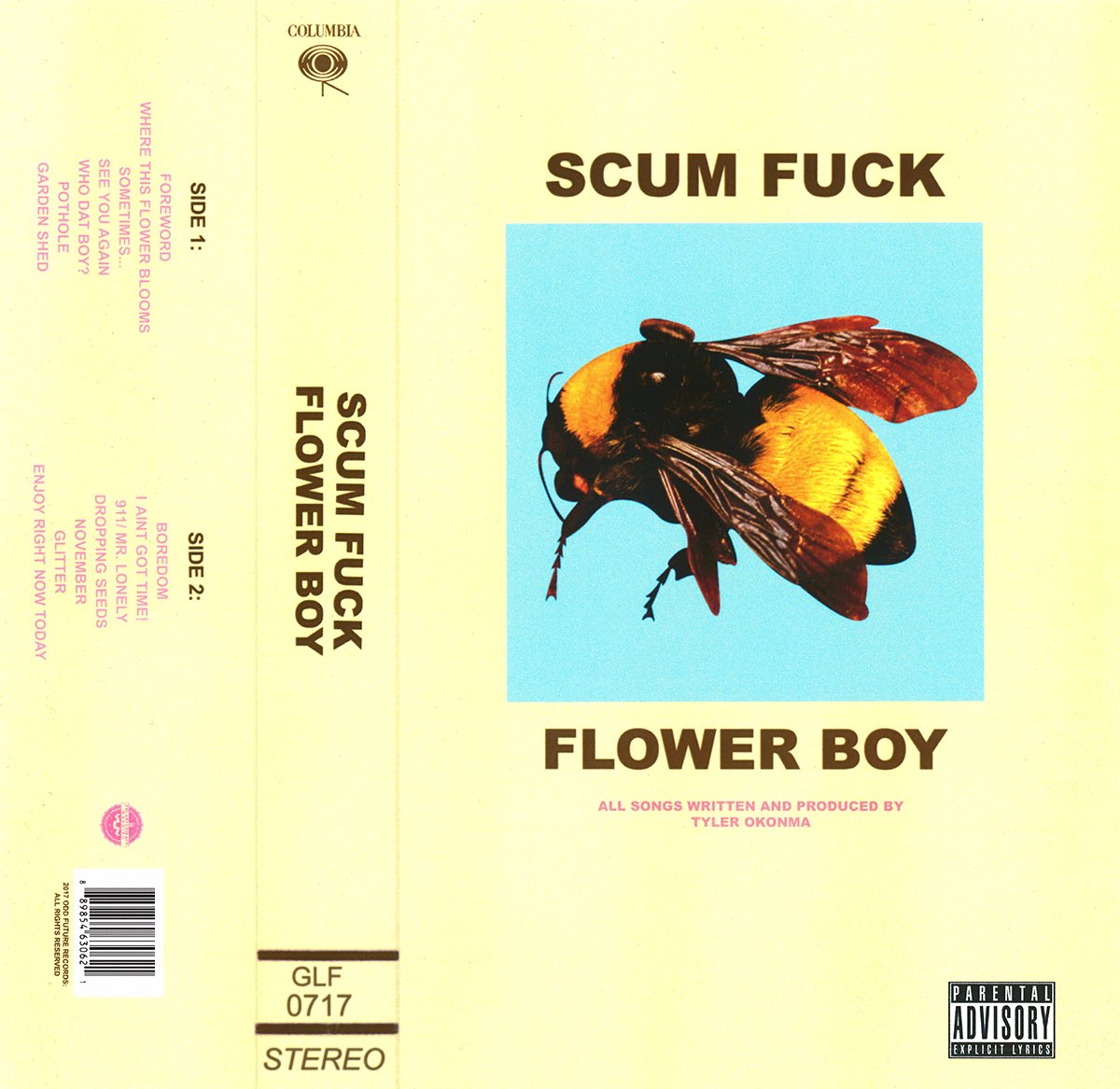 We are by no means condoning leaks, but the new Tyler, the Creator album has made its way to the world wide web and we’re exalted. Titled Scum Fuck Flower Boy, we got to hear the whole 14-track goodness 11 days early thanks to some dude on Reddit. Packed with sick collabs with artists like Kali Uchis, Frank Ocean and A$AP Rocky, it’s sure to kill the charts when it officially drops. Slated to come out on July 21, it’s his follow up to 2015’s Cherry Bomb and first official release since hip-hop collective Odd Future become no longer. Still unexplained as to why he released two album covers: one made by Tyler and one by artist Eric White, we’re anticipating a CD, vinyl and cassette tape release.

And two songs he simultaneously released two weeks ago:

SHAREAdmit it: You still get absolutely lost in life more times than you’d...