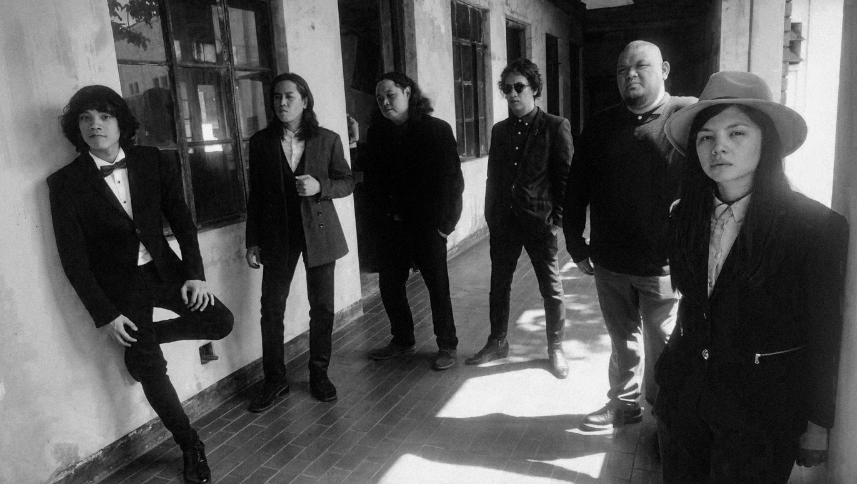 The entrance to SaGuijo was barricaded by men and women dripping in sweat, trying to squeeze their way in to get a peek at the band everyone is talking about. RJ Pineda, keyboardist of Apartel, walks up to the door all dressed up in a suit and is absolutely stunned by the number of people who showed up. He jokes he dressed in a suit for his funeral that’s about to happen courtesy of the body-heat filled room and the close to nothing band-to-audience distance. The bands producer, Anton Bengzon, wishes them good luck as they enter and proceed with giving the audience a night they won’t forget.

Formed in early 2016, Apartel is a soul/ R&B band based in the Philippines formed by Jay Ortega (who has since left) and Ely Buendia—former Eraserheads legend—who fronts the band as lead vocalist. The other members include keyboardist and vocalist RJ Pineda, guitarists Redge Concepion and Coco Coo, drummer Pat Sarabia, bassist Jun Lazo, and percussionist Deej Rodriguez.

Ely Buendia walks over to the table I’m at. It’s dark and he’s in shades; only he can pull that off. We shake hands, he takes a seat, and tells me what prompted him to create a new band and what sets them apart from the others he’s been in. “Well, I would say that this has been a dream of mine ever since. A big band, with brass, and back up singers, and multiple guitars.” He talks about his time in the South—“soul central” as he calls it—to settle down, getting in touch with some really talented musicians who’d just get together and jam. Having always had a soft spot for Mowtown and those kinds of old sound, the soul band Apartel was formed. “It’s really hard kasi you have to find the right players… Both of my guitar players are into the blues, so we’re a soul band with a blues dent.” 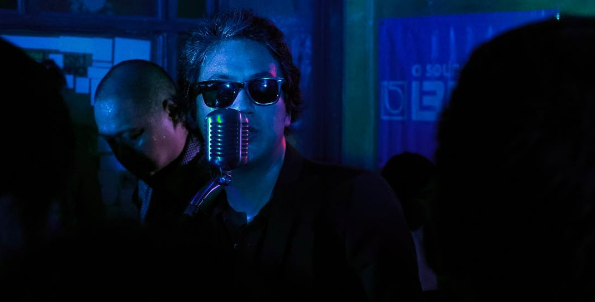 As Ely said, soul music is “black music.” Soul music rose to popularity in the 1950s from African American church music called “gospel music.” These songs were full of joy, beats and filled with yearning. As the years went by, soul music began to evolve, forming many popular genres in the process: funk, hip-hop, contemporary, and R&B.

Speaking from a millennial point of view, soul music generally isn’t the dominant genre of music filling up my playlists, and I’m sure I can speak for a few others when I say this. But that’s hardly on the minds of the members who night after night give soul-bearing performances to fans who’d bear the heat, claustrophobic venues, and horrific bathrooms just for them.

Many of the band members got into soul music at an early age, hearing Earth, Wind, & Fire play around their homes or Blink 182 and The Ramones at school, and eventually developing an attraction and appreciation for the genre. They all share similar musical inspirations growing up, many which include Stevie Wonder, Michael Jackson, VST & Co., and other jazz and blues bands. “Well, if you must know, I was alive during the 70s…my family used to buy mga The 5th Dimension, mga Stevie Wonder…Manila Sound, very soul influenced…the building blocks of OPM was soul… VST & Co.,” says Ely, listing some of the artists who inspired him in his early years.

“I guess it’s something you can fall back on,”  drummer Pat Sarabia says of soul music, “… as generic as it sounds, maybe it’s meant to get you back to your roots, your sense of self.” Looking at her, behind the drum kit and face to face, you just know that she loves what she’s doing. As she speaks, her hand creeps up the side of her face and tiny tattoos dance across her fingers. “I’m able to live the life I envisioned for myself, to a certain extent.”

Ely adds, “[It’s] very primal and has a lot of heart at the same time. Don’t even need to know what it is; the moment you hear it, it hits you right away.”

Looking around SaGuijo where more than a hundred people are gathered for the release of the band’s album on CD, everyone is in their own groups huddled outside, laughing over bottles of beer. The audience is mainly composed or people in their early 20s to people in their late 50s. I swear I was the only teenager there.

“Well, it’s a happening thing now,” Redge Concepion, guitarist, says with a smile on his face when asked about the scarcity of youth who listen to soul music. “Especially with the millenials—like your generation—it’s really happening, that’s why I’m saying thanks to them. A lot of the band members are a bit on the age of Generation X, so there’s a fuse between the new and the old.”

Asking bushy-haired keyboardist, RJ Pineda, whether he believed that with the increasing popularity of Apartel, they could somehow spread the genre of soul to the younger generations, he replied with saying that there are existing bands who are already popularizing soul, such as Jensen and the Flips. “But, yes, we’d love to make more music and you know, infect everyone with the virus of soul.” 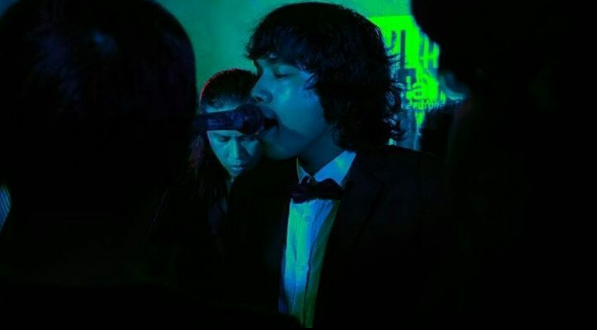 “We just sorta stumbled into this kind of movement that’s happening, that young people are actually appreciating what you would probably call old fashioned stuff… that before was considered passé or pang tito hits lang.” says Ely, “So yeah, very exciting time.”

It truly is an exciting time for Apartel who has hundreds and thousands of people streaming their music on Spotify, and who has sold over 500 of their album, Inner Play, on vinyl. Despite it’s recent release, the band is already planning big things for the future.

“Well, objective is to play a lot of festivals abroad. There’s this big one in Japan,” says Redge. Pat agrees saying, “That’s really the goal, to play festivals in other countries.” Ely promises that we’ll all get to hear some new stuff on the next album. “I see the band evolving. We’re getting into a lot more funkier stuff for the next album, yeah, I think I wanna see where this leads.”

Despite the remixes and collaborations they’ve done with artists such as BP Valenzuela and LustBass in order to tap into a broader audience, Apartel—individually and as a band—have not forgotten what their soul-infused roots mean to them.

RJ cocks his head to the side, and cracks a small smile. “I think it’s meant to make you fall in love,” he says of soul music, “It makes you feel good about yourself. Like when you play soul music in front of a mirror, makes you feel good. Like damn, shit, I’m pogi. Ganoon.”

And when RJ and the rest of the band are up on that stage, you can tell that they’re living out everything they believe soul music should be. Redge’s jazz infused chords gets the audience’s feet tapping, lifting their spirits. The drums catch Pat’s beats, as the audience bangs their heads along, as they all drop their worries and problems on the rhythm she produces. RJ’s fingers dance along the keyboard as a girl from the audience screams, “I LOVE YOU, RJ!,” proving that his music—and of course his dapper suit—makes people fall in love. Ely’s soulful voice gets people grooving to the beat, putting heart and soul into the simplest of beats. The rest of the band comes together in giving the SaGuijo goers the time of their life.

They start of their set with an overture, professionally tuning their instruments, creating musical magic as they do. They proceed with playing their hits; “Is It Hip?,” “Better Off,” “Careless Love,” and more. The audience is loving it.

When asked what song he’s most proud of in the album, Ely replies with “Sala Sa Init.” “I guess it doesn’t sound like any other song I’ve ever heard. It has a lot of surprises in it, it’s unforgettable.”

And that’s exactly what this unorthodox band is serving its fans; soulful sounds, a musical refuge, and unforgettable nights spent with good company surrounded by one of the best soul bands this decade has ever seen.

SHARELocal clothing brand SupportYourFriends is back with a new collection, including a riff...