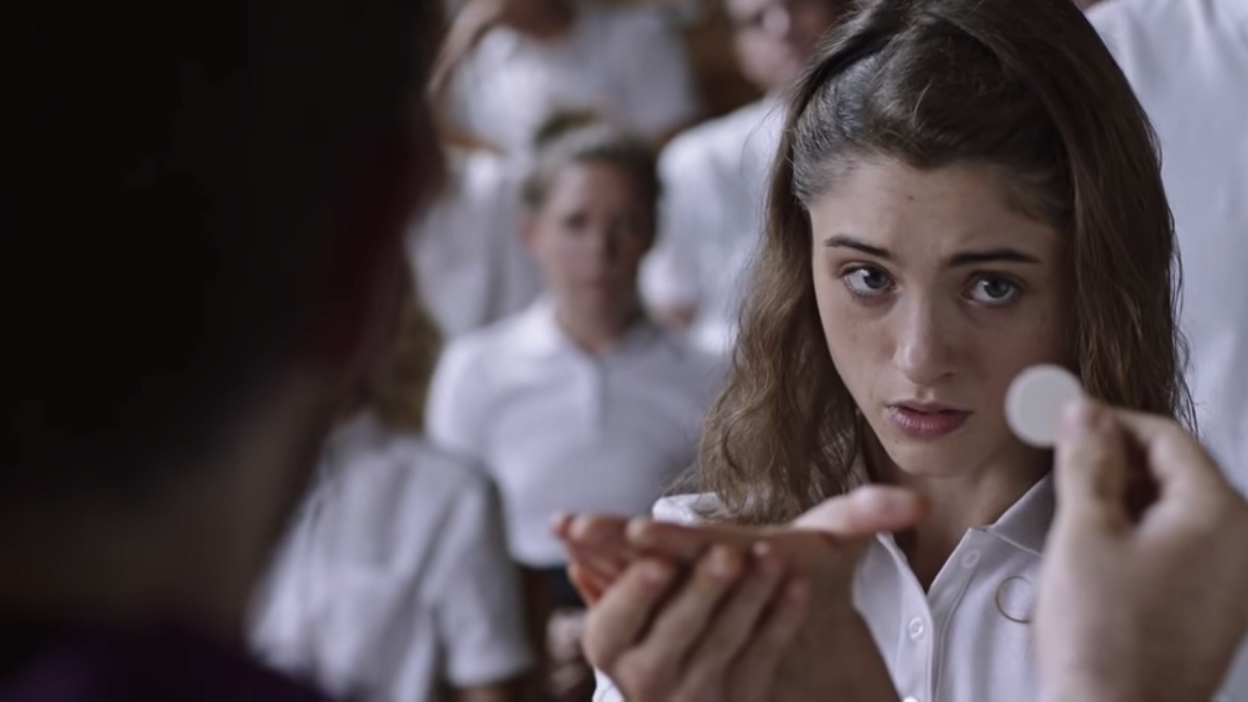 Yes, God, Yes is a short film about a Catholic school girl named Natalia’s character Alice, who discovers her own sexuality as well as her church’s hypocrisy. It also depicts just about how bewildering the Catholic school experience can be. Based on anecdotal evidence, the portrayal of Catholic teachers and teachings here is accurate. That is, if the standard for accuracy is, “what many students in the Philippines go through.”

Scenes that have a Catholic teacher or religious classmate in it, and Dyer’s character questioning her school’s silly teachings are actually quite funny. Unlike her teacher and classmates, she doesn’t have any quotable (dumb) quotes. But her facial expressions convey what sort of shock or skepticism a reasonable teenager in a sea of backwardness would have.

Talking about what exactly people say and do in this 11 minute film will spoil the movie. But if you wanted to see a film that captures the silly parts of growing up Catholic, this is worth 11 minutes of your life.

SHAREA few months after her Valentine’s day collaboration with CRWN, Jess Connelly is...

SHAREBy Martie Rosales After all the furor thrown up against the unli-rice ban...